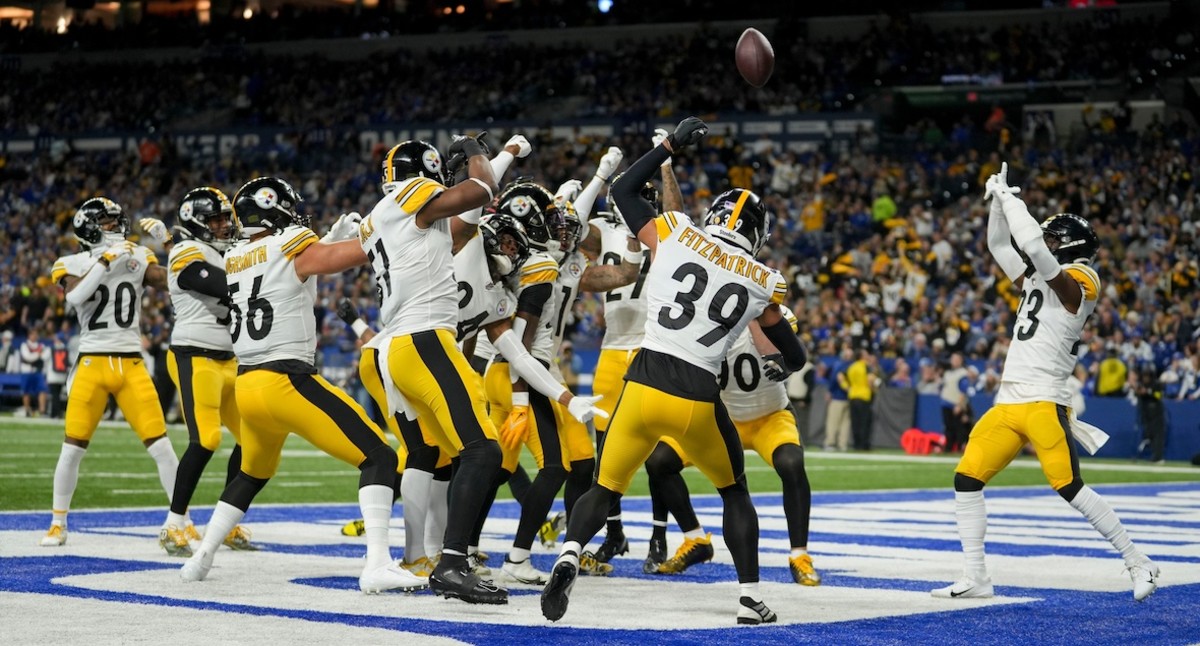 PITTSBURGH — The Pittsburgh Steelers defense got a spark early against the Indianapolis Colts when cornerback James Pierre grabbed a pass from Matt Ryan in their Week 12 victory.

Afterward, the team met in the endzone, where they broke out their “machine gun” celebration, tossing the football into the air and pretending to shoot it down as it falls.

The group was collectively fined $132,484 after the game. This was highlighted by T.J. Watt, Minkah Fitzpatrick, Marcus Allen, Myles Jack, Cameron Sutton, Levi Wallace and Terrell Edmunds all getting hit with the largest fines of $13,261.

The celebration started in training camp. It’ll be interesting to see where the group goes from here, knowing they’re unable to use it on the field.

Make sure you bookmark All Steelers for the latest news, exclusive interviews, film breakdowns and so much more!

Cam Heyward Pays Up on Lost Bet to Chris Wormley