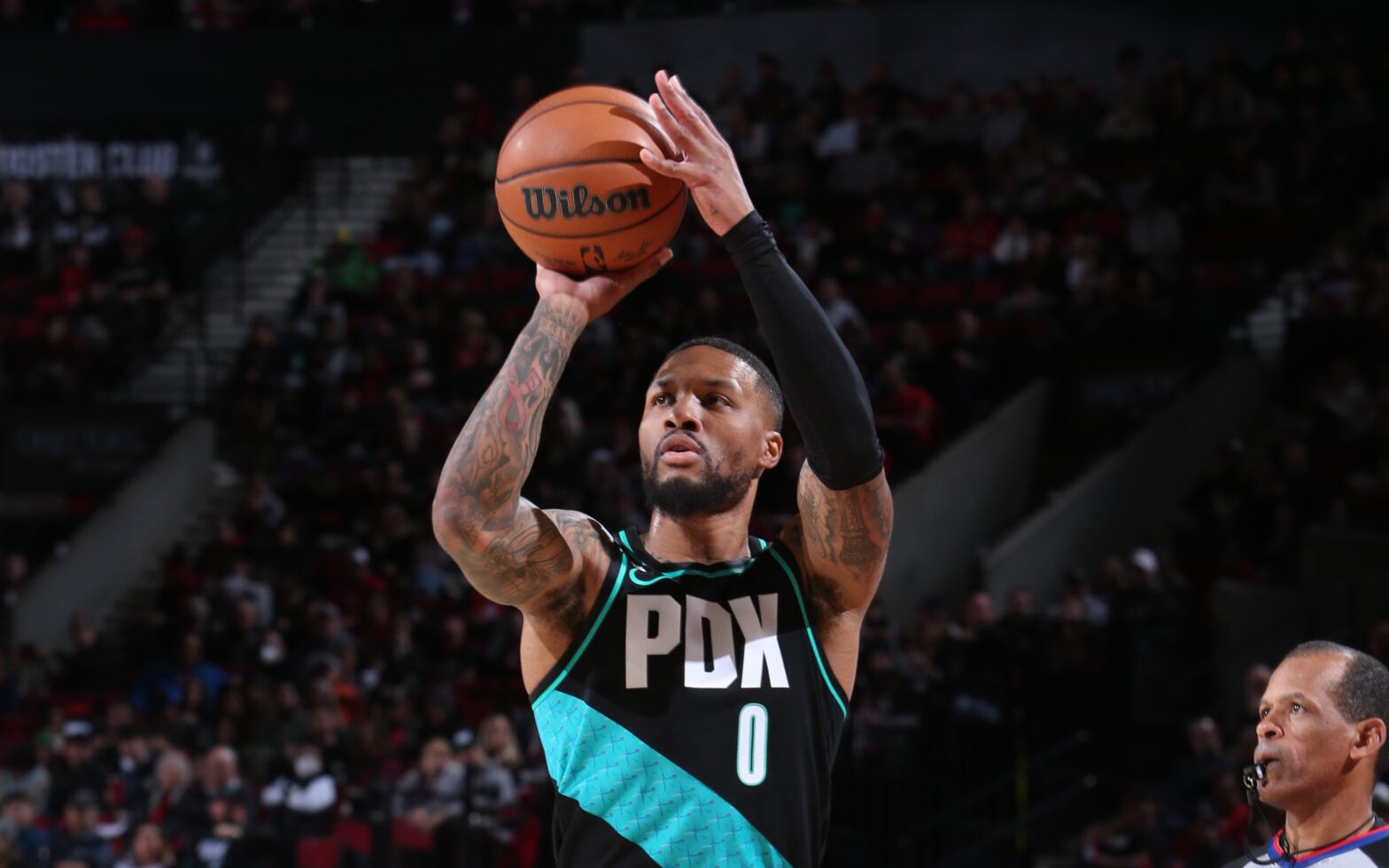 Damian Lillard shoots against the Indiana Pacers on Dec. 4, 2022.

Portland’s superstar point guard suited up for the first time since Nov. 19, scoring 21 points in the Blazers’ 116-100 win over Indiana on Sunday. The six-time All-Star added four rebounds and six assists while shooting 5-for-10 from deep.

Lillard had missed 12 of his previous 18 games after initially straining his left calf against Miami on Oct. 26, then re-aggravating the injury in a five-point loss to Utah.

Damian Lillard hits the 3-pointer in his first game back from injury.

Lillard, who appeared on track for a bounce-back season before the injury forced him out of the lineup, leads Portland in points (26.3), assists (7.0) and free throw attempts (8.7) per game this season.

The Blazers began the season 9-3, but had gone just 2-5 over the most recent stretch without Lillard. They entered Sunday night 12-11, good enough for ninth place in the competitive Western Conference.