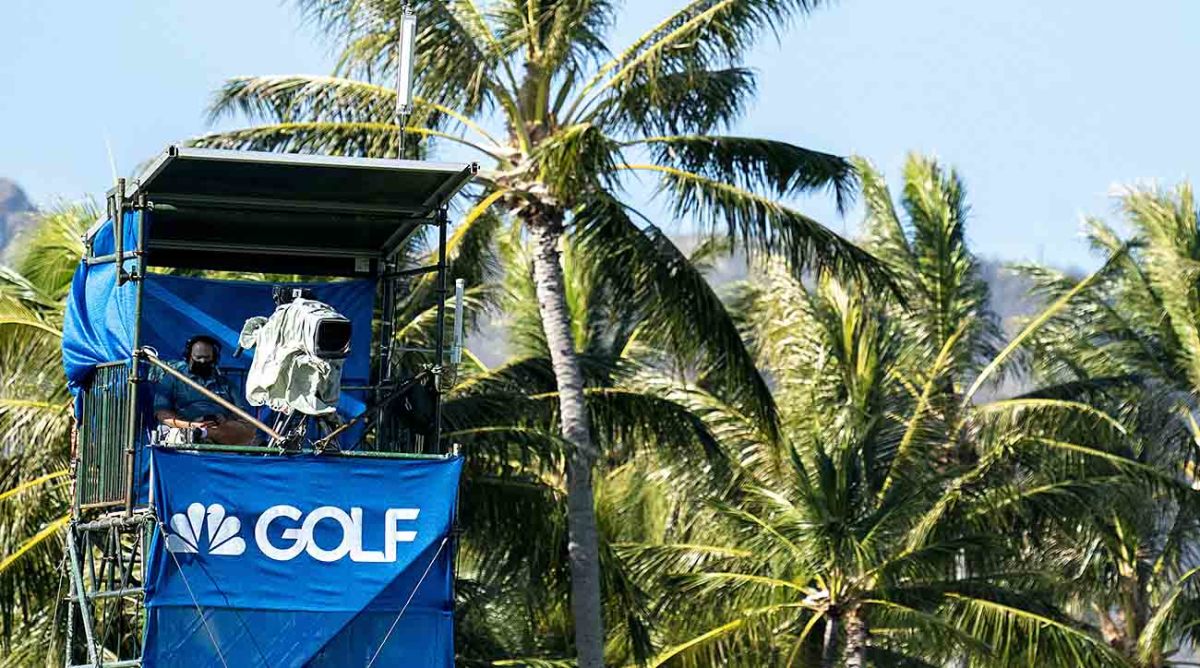 For all the tumult to emerge in the six months since LIV Golf’s launch, little has been made of its impact on CBS and NBC, the game’s primary television carriers. Viewed by some insiders as puppets of the PGA Tour, both networks go to great lengths to avoid any on-air mention of the rival league, surely per orders from the nervous neckties in Camp Ponte Vedra.

The mighty empire has been raided, as we all know, and with those defections come issues few people could have envisioned. One such scenario involves the $700 million in rights fees paid to the Tour, most of it by its two principal partners—an eight-year deal that went into effect at the start of 2022. If you’re NBC, you’re probably not too thrilled with the departures of numerous big-name players to an opposing faction, a cumulative loss of star power that weakens the product’s value and could impair ratings, at least to some degree.

If you’re CBS, you look at the huge commitment your company has made to the Tour—22 events to NBC’s nine in 2023—and note that almost half of those tournaments have virtually no chance of drawing a decent field. Between the LIV casualties and the introduction of 12 premium events with massive purses, the competitive element has undergone major reconstructive surgery. The stratification alone makes this a very different Tour than when TV negotiations took place in early 2020.

“It was a marketplace, it was a monopoly, and then came a disrupter,” says a source with acute knowledge of the Tour’s business affairs. “They lost 40 guys, or whatever. The product has changed. You can’t argue that.”

What can be argued is whether the Tour owes CBS and NBC some money. Are the networks entitled to a rebate on the investment they agreed to three years ago? Has either already petitioned the Tour for compensatory restitution? One has to figure that both spent hundreds of millions to retain their normal allotment of tournaments and continue a relationship that has long been essential to their sports coverage—NBC has televised pro golf since 1954, CBS since 1956.

Long enough to know that financial business isn’t conducted within public earshot. NBC declined to comment on the matter; CBS did not respond to a written inquiry.

It would not be a stretch to say NBC has the stronger case if it chooses to dicker with the Tour. Its nine-tournament schedule, which doesn’t include six events that will air exclusively on Golf Channel, features just three of the prioritized gatherings offering jumbo prize money. The 2023 opener at Kapalua, still called the Tournament of Champions despite the fact that you don’t need to win to get in, draws some of the smallest viewing audiences all year.

Bay Hill and the Match Play are NBC’s other big-bucks properties. It does have the Players, U.S. Open and British Open, but it won’t televise any of the three postseason events. After confusing fans for years by playing network hopscotch with its playoff tourneys, the Tour finally realized its precious series might get more eyeballs if it alternated the FedEx Cup finale on an annual basis. CBS has all three in ‘23. The peacock gets the trio the following summer.

If a rebate is what they’re after, both networks would need to prove to the Tour that their fiscal health has been compromised by the presence of LIV Golf. So far, that hasn’t been the case. We can start with the most recent Canadian Open, which reeled in its highest viewership since 2000 on the same June week as LIV’s debut. Not that anyone actually watches the Greg Norman Show—it’s the attrition of top-tier golfers who sacrificed their PGA Tour memberships that stands to jeopardize an audience size, however hypothetical such a premise might be.

Although U.S. Open ratings slipped slightly—Tiger Woods didn’t play this year—NBC got its mojo back at the British Open, where the numbers climbed 16 percent from 2021 and a whopping 27% off 2019. The first leg of the FedEx Cup playoffs, held for the first time in Memphis, attracted 2.97 million viewers, the most to watch a postseason opener since 2017. And last year’s Tour Championship, where the payoffs are gigantic but interest can run hot and cold, lured 3.62 million to the TV, a modest 5% increase but a very respectable total, given that Woods didn’t qualify.

It all adds up to a good reason for Chicken Little to take the rest of 2022 off. In theory, the networks have a legitimate cause for concern—LIV Golf could actually grow into a viable option for fans who can’t get enough—but in the here and now, its presentation is comically inferior to any operation that broadcasts the little white ball.

If NBC took a bath on its coverage of the Winter Olympics in Beijing, as has been reported, that’s one thing. Its golf commitment might cost a lot of money, but there’s a lot to be earned in return. “The Tour provides 50 percent of all [tournament] advertising,” the source adds. “From there, you get into the fine print of the contract. What recourse does a network have if players are lost or unable to play for one reason or another?”

Probably none, which isn’t to suggest it’s not worth a shot.