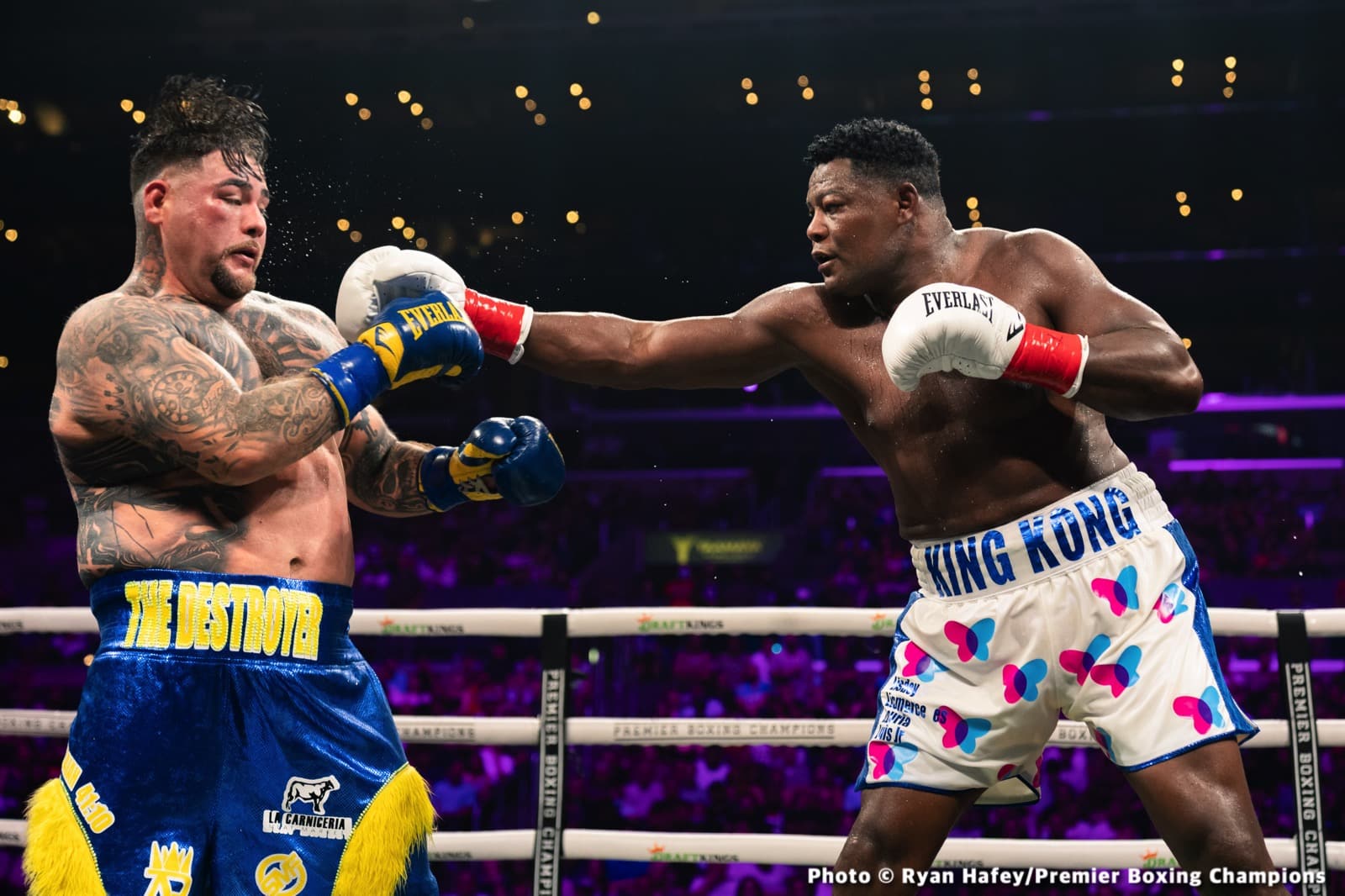 Ruiz (35-2, 22 KOs) had hoped to battle #1 WBC Deontay ‘Bronze Bomber’ Wilder in a final title eliminator to decide a mandatory for champion Tyson Fury, but that’s not going to happen. Deontay will go in a different direction for his next, possibly against Anthony Joshua.

Hopefully, whoever Ruiz faces, it’s not his only fight in 2023 because he’s only fought twice since losing his IBF, WBA & WBO titles to Anthony Joshua in December 2019. The inactivity of the 33-year-old Ruiz has been troubling because he should have fought more than just twice in three years.

Some people feel that the millions that Ruiz Jr made in his two fights with Joshua in 2019 have sapped his desire to work hard and to get off the couch each day like ordinary folks. The laze has gotten a hold of Ruiz and won’t let go.

Whatever ambition Ruiz had, it appears to be gone. Even now, with his weight loss and victories over 40-year-old Chris Arreola and 43-year-old Luis Ortiz, he’s still fighting only once a year.

It’s doubtful that Ruiz’s handlers would let him anywhere near any of those heavyweights because the chances of him losing would be high.

Joe Joyce would be an ideal opponent for Ruiz to fight because a victory over him would make Andy the interim WBO champion.

Ruiz could then challenge the winner of the Tyson Fury vs. Oleksandr Usyk fight or at least be in a position to eventually challenge one of them after they fight two or three times.