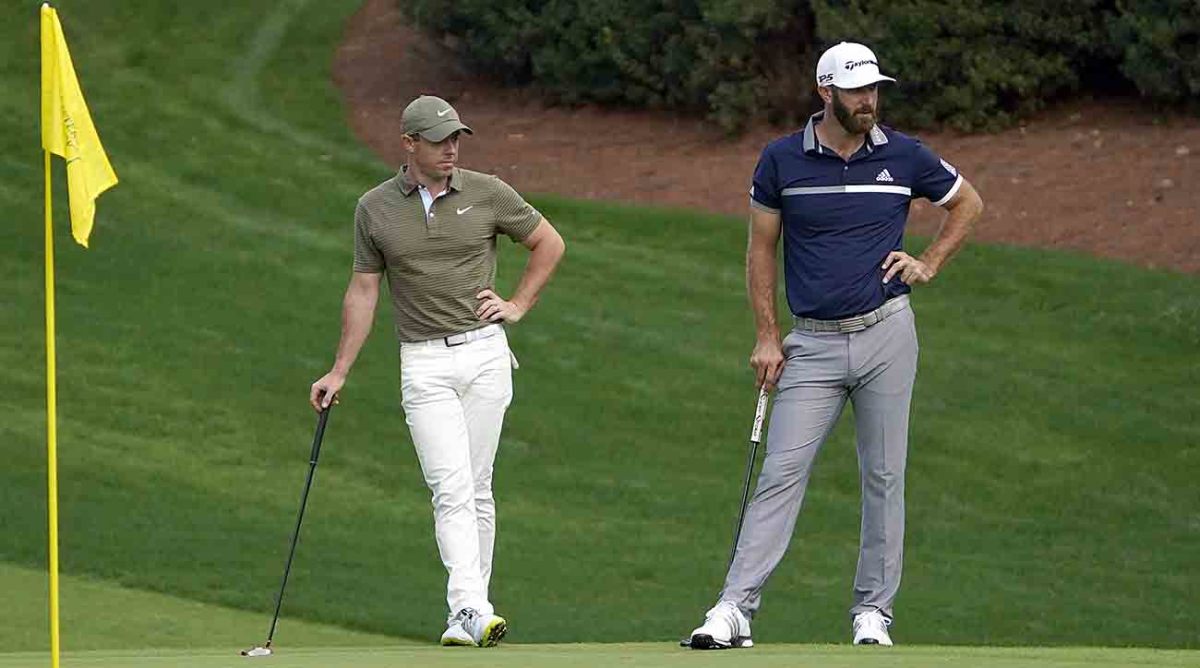 First COVID, then LIV Golf. Acronyms and Roman numerals have been rough on the PGA Tour in the 2020s, but from a big-picture standpoint, CBS and NBC remain two of its strongest and most loyal allies. Friends in high places, you might say, a pair of massive revenue sources who combine to provide an invaluable conduit to the public.

Without television, you’re just swinging and cussing in the dark.

Fortified by prize money and bonus increases of at least $150 million—a direct response to the threat imposed by the swaggering Saudis—the Tour heads into 2023 as if it were entering a brave new world. No Tiger Woods to count on for sexier TV ratings. No clue as to when the rival faction might strike a deal with a cable network of any size, which would strengthen LIV Golf, if only by proving someone is interested in its product.

No guarantees now that the Tour has been stripped of its monopolization-like power. No longer is it the home nest for every top player in the game—the full fleet of the world’s best will gather only at the four majors. The competitive dynamic has been altered, especially at big tournaments such as the Players Championship, where Tour defector Cam Smith won’t be around to defend his crown.

Smith is still third in the Official World Golf Ranking, the only league leaper remaining in the OWGR top 20, but just because Dustin Johnson has fallen to 41st doesn’t mean there are 40 guys better than him. The LIV invasion has thrown pro golf’s performance-measurement system out of whack. Johnson was the MVP of the Saudi circuit but received no OWGR credit for his excellence. Although he’d done little in the years leading up to his Tour departure, Brooks Koepka must still be considered a big-game predator.

It’s easy to forget that Bryson DeChambeau won the U.S. Open by six shots barely two years ago. All of these guys are likely to have some great golf in them—it just won’t really count. That doesn’t make the PGA Tour a better place. Only a weaker one.

So we head back to the four majors, the first two of which will be televised by CBS, the second two by NBC. The Masters never needs a reason to be fabulous, but if the ’23 version marks the start of golf’s split-tour era, this will be home to the year’s first fully loaded field. Then on to the PGA Championship at Oak Hill CC in Rochester, N.Y., where Mother Nature never makes any promises about the third week in May. It could be beautiful. It could also be 40 degrees of wind and drizzle, and all those LIV dudes will wish they were playing in Ibiza.

Speaking of somewhere else … the U.S. Open rarely ventures to the West Coast, almost never to a venue other than Pebble Beach, so the upcoming gathering at Los Angeles CC could have a slightly different ring to it. The weather should be a lot better than the traffic, or the gallery sizes, for that matter—there are a lot of things to do in L.A. in June.

It still feels a bit weird that the British Open is the final major of the year. Tiger Woods and Rory McIlroy won the last two meetings at Royal Liverpool, so greatness shines there, even if the sun doesn’t. And though it’s likely that LIV executives will continue to lobby for ranking inclusion on behalf of its players, the chances of that happening in 2023 are slim and none—Slim didn’t get $100 million to bolt the Tour and bite the hand that once fed him.

With commissioner Jay Monahan among those ostensibly presiding over the OWGR process, the wheels of bureaucracy will move slower than the back nine at Riviera on Friday afternoon. From there, the irony becomes amusing. If Monahan had reacted quicker to the loss of top-tier players by adding that $150 million to the prize fund at the start of 2022, would LIV casualties have been as plentiful or noteworthy?

It’s all water under the bridge now, leaving us to examine the structural stability of the bridge itself. All that extra money is nice, but as the minimum number of tournament starts goes from 15 to 20, how much pushback will Monahan get from his upper echelon? McIlroy has already announced he won’t be teeing it up at Kapalua this week, thereby using the one bye week he’ll be given for the entire season.

How many “lower-back injuries” will we hear about at the premium events following a major? Events such as Hilton Head and Hartford have ponied up a lot of extra cash to host a full cast of superstars. Will they demand a rebate if three or four big names decide not to show? Would it alter their willingness to remain a PGA Tour title sponsor altogether?

In early January, there are always more questions than answers. Yes, it’s a brave new world, but how brave? How new? Stay tuned. Most of us always do.