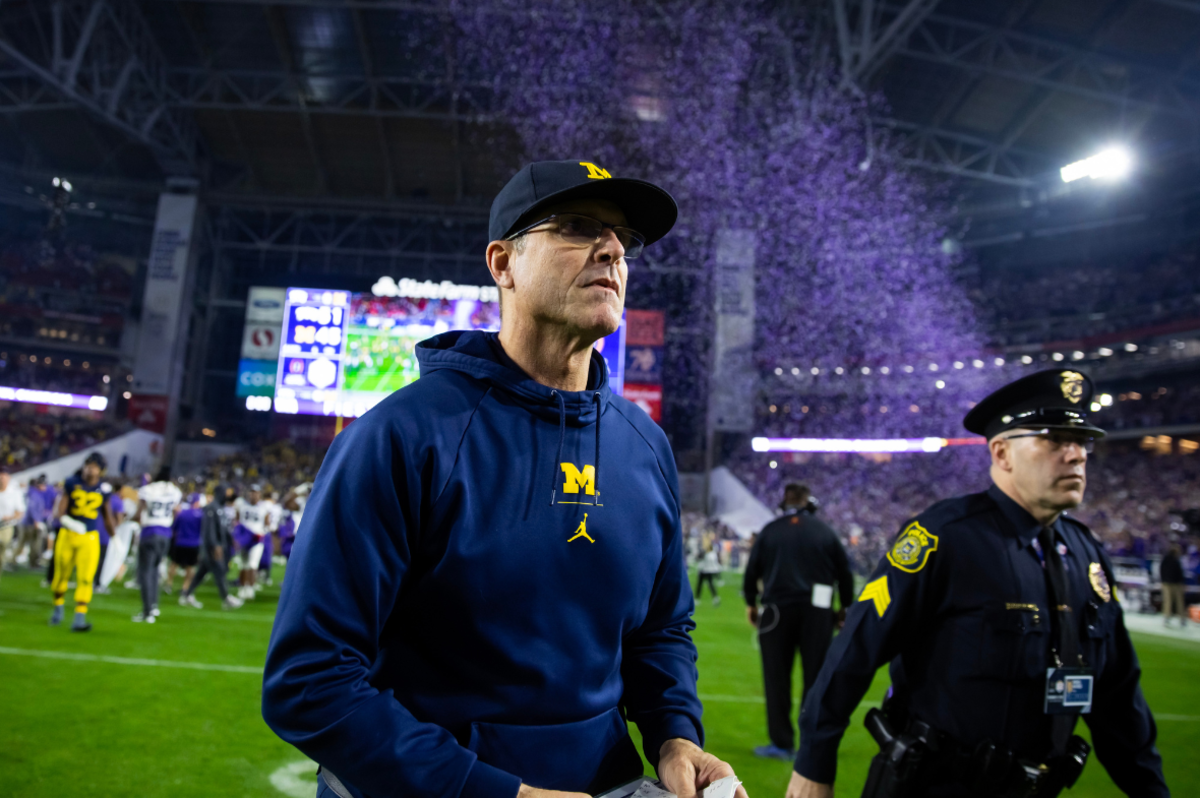 We’re not even fully done with the regular season, yet the Arizona Cardinals and speculation swirling around head coach Kliff Kingsbury’s job security continues to grow.

“I focus on that I’m the head coach today and we’re trying to get better,” Kingsbury told reporters on Monday.

Only time will tell if Cardinals owner Michael Bidwill is concerned enough to eat whatever money owed to Kingsbury and bring in a fresh face for the organization.

If that comes to fruition, a leader in the clubhouse may have just emerged.

It feels as if every offseason involves rumors surrounding Jim Harbaugh and his potential return to the NFL. Prior to taking on his current role at Michigan, Harbaugh led the San Francisco 49ers to three consecutive NFC title games with one appearance in the Super Bowl.

Yet the further we get into his tenure at Ann Arbor, the more it feels as if Harbaugh is destined to return. Last year, Harbaugh was reportedly meeting with the Minnesota Vikings prior to their vacancy being filled.

Now, after Michigan’s loss to TCU in the College Football Playoff, speculation has resurfaced on Harbaugh’s return to the league.

Those close to Harbaugh say he’ll leave for the NFL if offered a job, according to The Athletic.

“Multiple sources close to Jim Harbaugh told The Athletic on Monday they expect he will leave Michigan for the NFL if a franchise offers him a coaching job,” said the report.

One person close to Harbaugh reportedly told them, “I think it is a done deal if he gets an offer.”

Teams such as the Broncos and Colts (one source told All Cardinals they’ll make a strong push for Harbaugh) are obvious fits for the head coach.

Yet should the Cardinals throw their hat in the ring?

We’ve already dove a bit deeper into this topic (which you can read here), but there’s worse hires that could be made.

Harbaugh, assuming he’s grouped into the pool of potential head coaching candidates this offseason, finds himself as the top candidate when factoring experience and results.

Harbaugh’s current buyout is $3 million, so Bidwill and others within the organization would have to factor that price of acquisition as opposed to, say, Sean Payton and what the New Orleans Saints would settle for him (settle being the key word, they’re not getting a first-round pick).

Yet from a football standpoint, bringing in Harbaugh makes a lot of sense. Whether he would have his eyes set on Arizona is an entirely different topic, although his recent visit to State Farm Stadium maybe showed him some extra hospitality.

Kliff Kingsbury Yet to Name Starting QB for Week 18