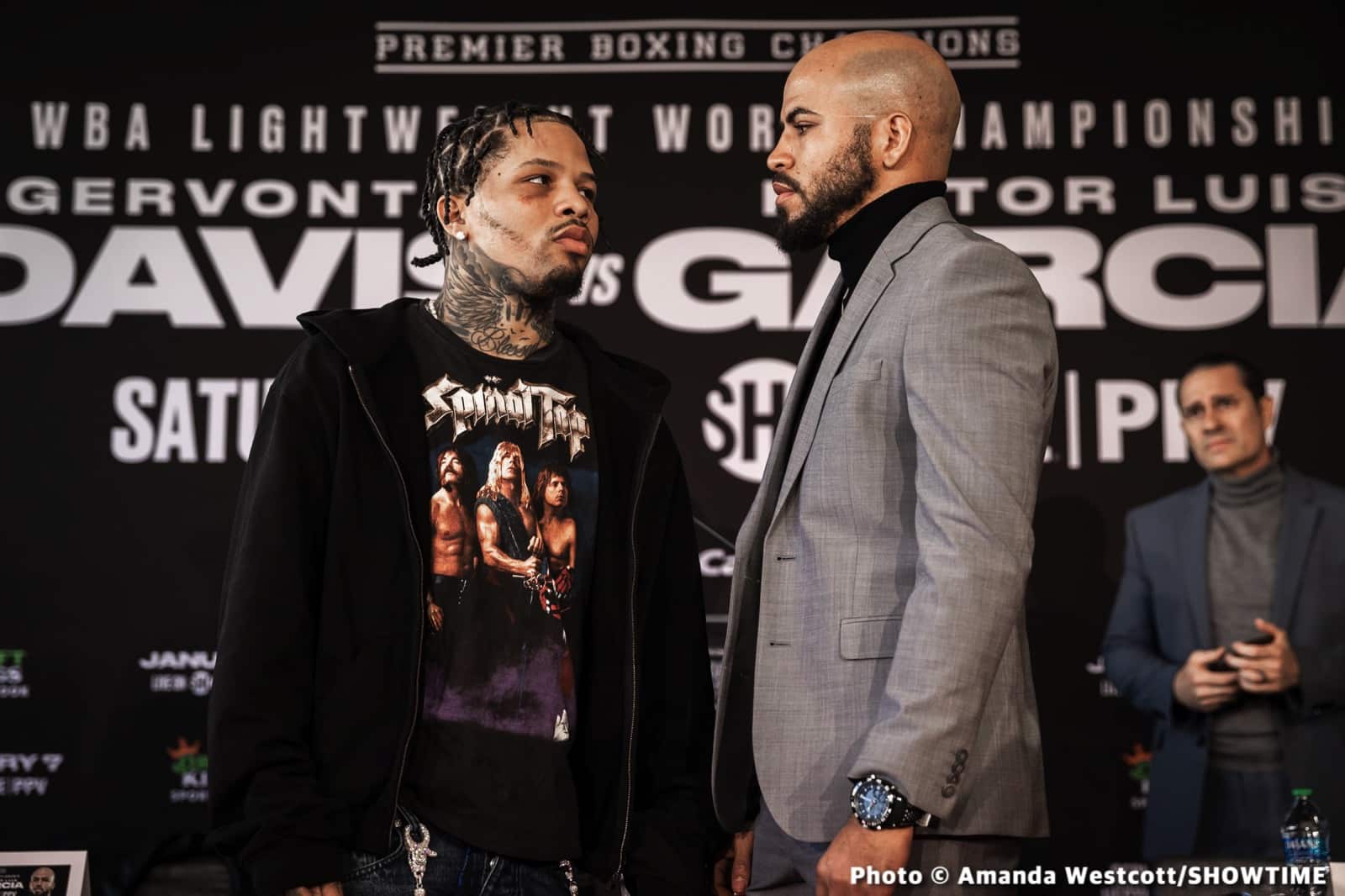 Hector Luis Garcia’s trainer Bob Santos isn’t sure why Gervonta ‘Tank’ Davis took the fight against him, given the risk involved and what he stands to lose in terms of the Ryan Garcia mega-fight in April.

If Garcia and Santos can pull off an upset of Gervonta on Saturday, it would be a tremendous accomplishment and set up a lucrative rematch.

Santos says Hector (16-0, 10 KOs) is going to take full advantage of the opportunity presented to him when he meets Gervonta (27-0, 25 KOs) this Saturday night in a headliner on Showtime PPV on January 7th at the Capitol One Arena in Washington, D.C.

Casual boxing fans have never heard of Hector Garcia, and they assume he’s a bum because he’s not a household name.

What they don’t know is Hector is easily the best opponent Tank Davis will have fought up to this point, and he’s got the talent to give him a lot of problems.

“Obviously, this is a bigger task than it was for Chris Colbert. I think anybody that doesn’t recognize that would be kidding themselves,” said Hector Garcia’s trainer Bob Santos to ESNEWS about his fight against Gervonta ‘Tank’ Davis this Saturday, January 7th.

“Gervonta, I said at the press conference, and I’ll say again, is one of the best fighters in the world,” said Santos. “To me, at this particular time, he’s the best 135-pounder in the world, and we’re thankful to get the opportunity.

“We’re going to test our skills against the absolute best to see exactly where we’re at, and I’m expecting a tremendous fight. The great thing about Hector is that he’s had over 400 amateur fights, and he’s been around the block a million different times. He’s been in there with everybody.

“It’s business as usual. Keeping everything the same. That’s why I’m happy with Hector because a lot of fighters, some of them will be asking guys if they fought another guy, ‘How did he fight? How was his power?’

“You know, we have Mario Barrios obviously in our gym. I don’t see Hector going up to him one time in the gym. ‘Hey, how was his power? How was this?’ That tells me everything I need to know about the horse I’ll be riding that night.

“That’s his natural personality. Hector is a real focused guy. I always see him on an even keel. Whether it’s the Colbert fight on 19 days’ notice, he don’t get on the rollercoaster. He don’t let the highs get too high, or the lows get too low. I’m thankful that he has that kind of mindset.

“On 19 days’ notice, you got to make weight. We beat him, and then we won an eliminator and beat [WBA super featherweight champion Roger] Gutierrez for the title.

“So if you look at Ryan Garcia as far as accomplishment in the ring, I don’t know. He may be the next De La Hoya or the next Roberto Duran, but as of today, you weren’t an Olympian, you didn’t win an eliminator, and you ain’t never won a world title, and my man [Hector Garcia] has done all three,” said Santos.