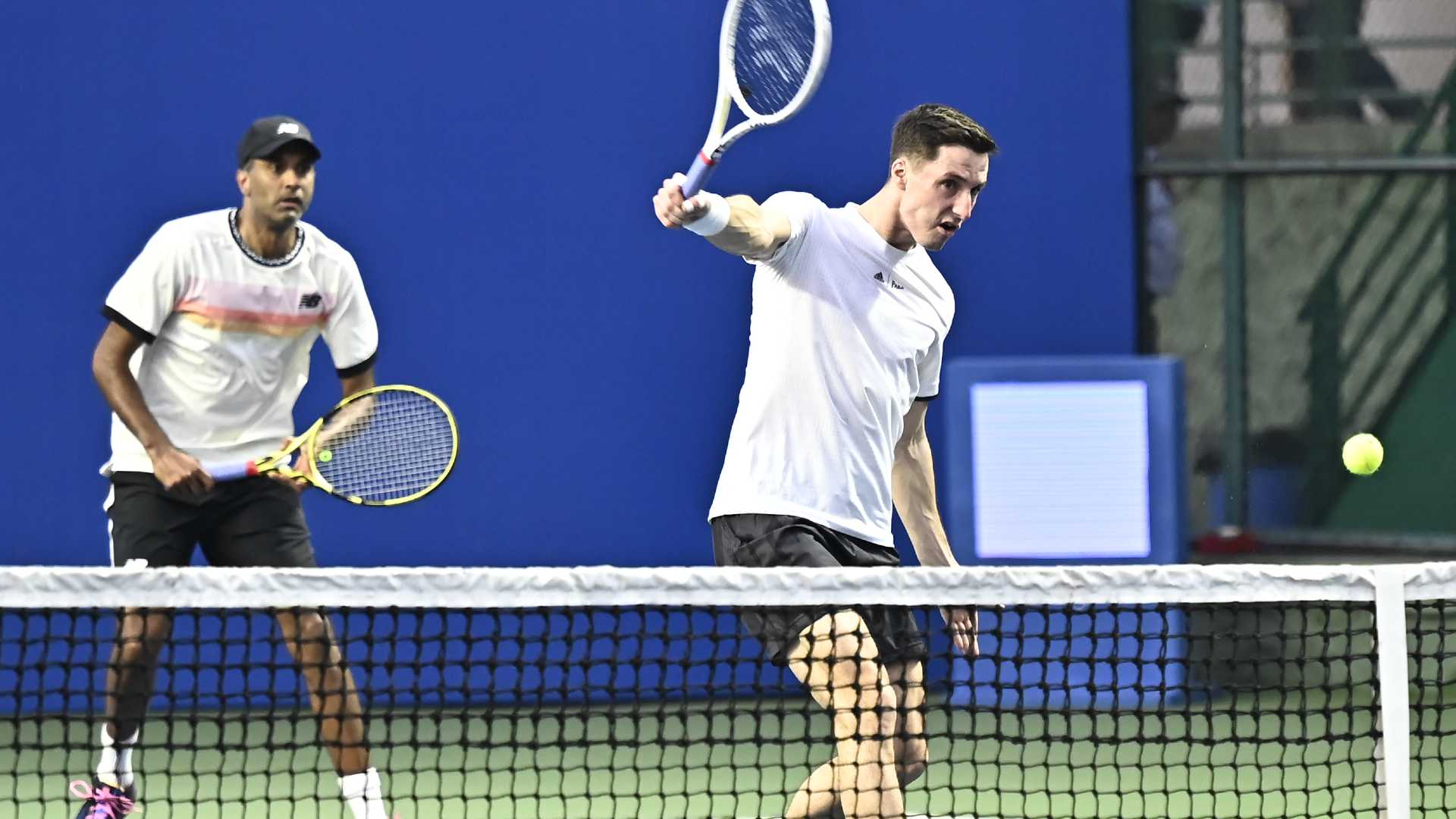 Rajeev Ram and Joe Salisbury open their 2023 ATP Tour season with a win in Pune.

Rajeev Ram and Joe Salisbury picked up where they left off in 2022 as they opened the new season with a doubles win Tuesday at the Tata Open Maharashtra in Pune.

Fresh off their maiden Nitto ATP Finals title in November, the American-British pairing defeated Sebastian Baez and Luis David Martinez 6-3, 7-6(1) to advance to the quarter-finals at the ATP 250. The top seeds will meet Ramkumar Ramanathan and Miguel Angel Reyes-Varela next after the Indian-Mexican pair edged Rohan Bopanna and Botic van de Zandschulp 7-6(5), 6-7(4), 11-9.

French third seeds Sadio Doumbia and Fabien Reboul also advanced via a Match Tie-break on Tuesday, scoring a 6-7(1), 7-5, 10-7 win against the Indian duo of Yuki Bhambri and Saketh Myneni.

Italian Success In Adelaide
Jannik Sinner and Lorenzo Sonego knocked off home favourites James Duckworth and Alexei Popyrin 6-3, 6-4 at the Adelaide International 1, with Sonego recovering to take the court after a second-set retirement in his matchup against Daniil Medvedev on Monday. Sinner earned two wins on Tuesday, beating Daniel Evans 6-3, 6-2 in singles play.