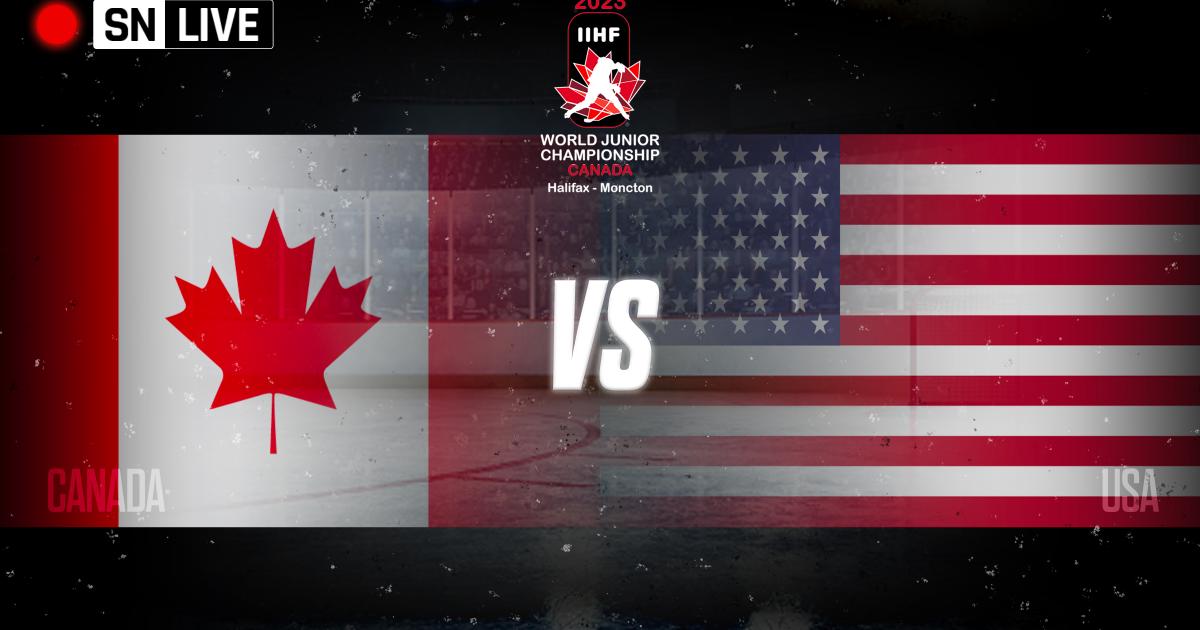 One of the best rivalries in the game of hockey takes center stages in Halifax Wednesday night, as Canada and the USA square off in the 2023 World Juniors semifinals.

The North American rivals meet at the World Juniors for the first time since the 2021 gold-medal game. A 34-save shutout from Spencer Knight gave the United States its fifth-ever World Juniors championship, knocking off the Canadians 2-0.

The story for Canada so far has been Connor Bedard. The 17-year-old punched Canada’s ticket to the semis by potting the overtime winner in the team’s 4-3 quarterfinals victory over Slovakia. It sent Canada to its fourth consecutive World Juniors semifinals.

That same night, Bedard set multiple Canadian World Juniors records, including Team Canada’s marks for most World Juniors goals and points. The consensus potential top pick in the 2023 draft has been sensational at the tournament, leading all skaters in goals (eight), assists (13) and points (21).

Opposing the Canadians is an American team with its eyes on getting back to the podium after missing out on a chance to medal at the last tournament. The USA dominated in its quarterfinal matchup against Germany, thumping the Germans 11-1 behind Ryan Ufko’s five assists and Logan Cooley’s hat trick.

The top line of Cooley, Jimmy Snuggerud and Cutter Gauthier is the combination to watch. The trio have paced the United States’ offense. Cooley’s 11 points trail only Bedard at the tournament, Snuggerud is third with 10 and Gauthier is tied for fifth with eight.

The United States has gotten the better of Canada in recent history. While Canada has the advantage in the all-time head-to-head record, the Americans have come out victorious five out of the last six meetings.

The Sporting News will provide live updates and highlights from the Canada-USA semifinal matchup at the 2023 IIHF World Junior Championship.

6:54 p.m. — Augustine makes his first big save of the night, denying a one-timer from Shane Wright at the bumper spot on the power play. Brennan Othmann was wide open on the back door, but he couldn’t settled the initial pass. He slid it to Wright for the clean look, but the USA goalie swallowed it up.

6:52 p.m. — Well, Duke will sit now. He turned and fired a clearing attempt right over the glass. Canada gets an early power play.

6:51 p.m. — The crowd wanted a delay of game penalty on Dylan Duke, but after the officials discussed, no penalty was called. On the replay, it appeared the puck did hit the glass before going out of play.

6:48 p.m. — The Americans are peppering Milic right now. They already have eight shots on goal on the Canadian goalie less than four minutes in.

6:42 p.m. — GOAL! The USA needs just 1:19 to get on the board. A faceoff win in the offensive zone results in a shot attempt by Ryan Ufko. The initial shot was blocked, but Logan Cooley collected the loose puck in the slot and beats Milic five-hole. 1-0, USA.

Logan Cooley makes it 1-0 early in the 1st period.#WorldJuniors pic.twitter.com/UAoykI2nMX

6:41 p.m. — Canada is getting pressure to Augustine early. The USA goalie hasn’t been tested a ton at this tournament, and when he has, it has not been early in games. Canada hasn’t gotten a shot on net, but had a couple of chances in the first minute.

6:38 p.m. — Puck is down in Halifax and the second semifinal is underway.

6:20 p.m. — Here are the lines for Canada and the USA. Thomas Milic is net for Canada, Trey Augustine in the crease for the USA.

Lines for 🇨🇦 and 🇺🇸. No real changes for either. pic.twitter.com/bPXuDo5qbw

5:18 p.m. — Czechia advances to the gold-medal game with a comeback win over Sweden. David Jiricek scored with 38 seconds left to tie it and then Jiri Kulich wins it in overtime. Czechia awaits the winner of Canada-USA, while Sweden will play the loser in the bronze-medal game.

5 p.m. — Both teams have their eyes on advancing to the gold-medal game. Canada played in the 2022 final, defeating Finland 3-2 in overtime to win the country’s 19th gold medal. The USA faced Canada in the 2021 final, beating the Canadians 2-0 for its fifth World Juniors championship.

This is the second of the two semifinal games at the World Juniors.

What channel is Canada vs. USA on today?

TSN has all the World Juniors action in Canada. In the United States, viewers can find the games on NHL Network.

Gord Miller and Mike Johnson will be on TSN’s call. James Duthie, Bob McKenzie and Cheryl Pounder will provide analysis during intermissions.

Stephen Nelson and Dave Rosen are the duo on NHL Network for the American audience, along with reporter Jon Rosen.

Fans in Canada can stream all World Juniors games at TSN.ca or the TSN app. U.S. fans can stream the tournament on fuboTV (which offers a free trial), NHL.tv or the NHL app.

According to Sports Interaction, Canada is a slight 1.5-goal favorite on the puck line for the contest against the USA at the World Juniors.