Just decided I don’t have any problem against the short ball: Shreyas | Cricket 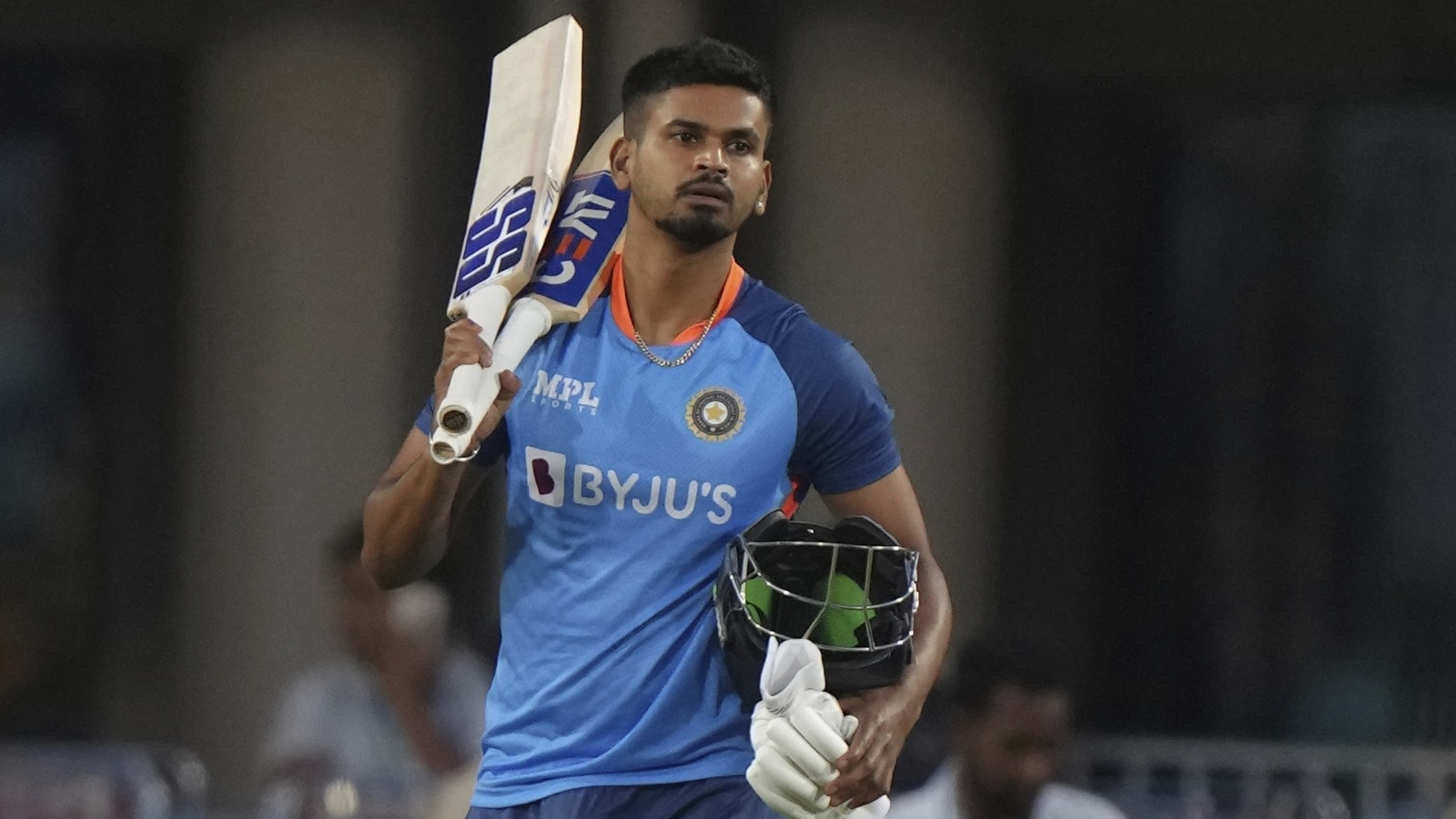 Shreyas Iyer himself admits that 2022 wasn’t all smooth sailing. Every innings, the India middle-order batter was targeted with the short ball. Then there was the disappointment of missing out on playing the T20 World Cup.

Excerpts from an interview:

I am elated. It has been a roller-coaster ride. I overcame a lot of hurdles, took the opportunities to prove myself. Representing India in all three formats was my aim when I started playing for India. Getting runs in all three formats is a big achievement; I am super happy with my approach in 2022. Hopefully I can maintain it this year.

In the 2nd Test win over Bangladesh, your calm approach from 74/7 chasing 145 was impressive. How did you go about it?

I didn’t stress a lot. I was doing my thing in the dressing room—listening to music, watching the game on TV. I have realised the more I train, the more I stress about the match. So, when I went in, I was fresh mentally. I focused on staying positive. I have learnt a lot by staying calm rather than panicking in those tough situations. Everything fell into place and all of us were elated on winning.

The Bangladesh pacers targeted you with short balls. Can you talk about the work you have done to improve your game against it?

Before getting in to bat in the first innings, I faced the sidearm bowler in the nets and a left-arm spinner. They were pitching a little short to me. I was trying to have a strong base and hit it over midwicket. I was timing every ball… so I gained confidence. Also, the sidearm bowler was varying his pace and I was getting into position, which came instinctively to me. And when I went into bat they came up with the plan of short balls. I left a few balls, (but) one of them was close to my body. After that I decided no matter where they bowl, I was going to play my stroke. Automatically my body was coming into the right position, I was playing the ball down, and that’s what you want to see in Test matches.

In Tests, it was always the short ball plan against you.

That problem was only created by outsiders. Many batters go through this phase where they get out in a particular way. I believe I went through that where I was targeted by the outside noise. I just wanted to prove them wrong. Eventually, I just decided I don’t have any problem. I am someone who likes to be in the present, loves to work on my abilities and skills.

I love to keep the right attitude and approach when I step on the field; other things then take care of themselves. I love to play the situation as well. If I keep thinking what the bowler is going to do to me, if I think they are on top of me in that situation, rather than just look at the ball and react—that is when I play the best. That is what I started doing, got my basics right, kept my mindset right and turned a deaf ear to outside noise.

In the buildup to the T20 World Cup, you were seen as a key player but then missed out. How tough was it to deal with?

It was disappointing. It is something that you dream as a kid, to represent your country at the biggest stage. Winning it for the team is also something which gives you the chills. But it was not that I was completely demotivated. I didn’t let that get into my mind. I was just doing my things right. I focused on myself. I took a break, went and played domestic cricket. It gave me more time to elevate my skills.

What’s your mechanism to cope when things don’t go your way?

I like to interact with people, (find out) what they think about me. At the end of the day, you want to gain respect from your teammates and parents. It is something which motivates you as a player. It helps get the best out of you when under the pump and I love to do that. Whenever I am not feeling well, I interact with family and friends, try to take my mind off cricket so that I come back stronger. These are the small aspects I focus on; it has been going tremendously well for me.

The tough phases must have tested your temperament.

The talk that goes on outside tend to motivate me, get the best out of me. The more people talk about me, I listen to it and soak in the pressure. I tell myself I need to prove them wrong. That’s how I approach whenever I bat in the nets, or in the match. It acts as a kind of motivation. Even when I am playing against opposition who are chirping, I like to give it back because I feel it gets my rhythm going; it lifts me, makes me focus a lot.

Some days you make batting look so easy, some days the timing is not as fluent. Steve Smith says he has to do a lot of knocking before every inning to get his rhythm going. How is it for you?

No one is perfect. We play on different wickets and conditions. So, you may struggle on certain wickets. No one can be the same on a given day. If you make mistakes, you learn. That’s what I keep telling myself. To each his own; I am someone who doesn’t like to knock much before batting because I don’t want to play that many balls outside the match. I want to bat as long as possible in it. Every batter comes with their own set of planning, process and routines.

You always enter with confidence. Does that help bat aggressively?

Confidence always comes from outside the field. It comes from the practice session. Whatever you see on the wicket is the byproduct of the work I do at the gym, in the nets. The way you challenge yourself. I like to do uncomfortable things. In practice I see to it that I challenge myself. So, when I am challenged in the match, I am already confident and ready. May be that’s why I gain in confidence.

2023 has big cricket coming up, starting with the Australia Test series. As a key player, you must be looking forward to it?

It’s going to be a great contest. They would try to eliminate us from the World Test Championship, but I see it as a challenge of winning all the four matches. That is my eventual goal, but I’d rather stay in the present than focus on that. I believe I will get there but for that I need to go step by step, keep doing my routines right. I will try to keep it simple as much as possible.

2023 ODI World Cup at home will be a big opportunity for you.

Definitely, it is going to be big. It’s not far away. I will have to see that I perform consistently to get my place. My eventual goal is also to play in the World Cup, along with the WTC final. I’d like to keep doing my preparations right to see to it that I achieve whatever I plan.

This series is starting on the 10th. I am already training, trying to be in the best shape possible. I had a decent break right now. I feel it is also important to completely recover and rejuvenate after such draining series like Bangladesh where we were almost for a month. It’s like you reward yourself after a series and try to enjoy with friends and family, cherish the moments and come back fresh.

What is the next step in your development as a Test cricketer?

My eventual goal is to play all three formats and be in the best shape possible. Maintain such momentum and keep repeating such performances as much as possible to see to it that I am at the highest level for a longer period.