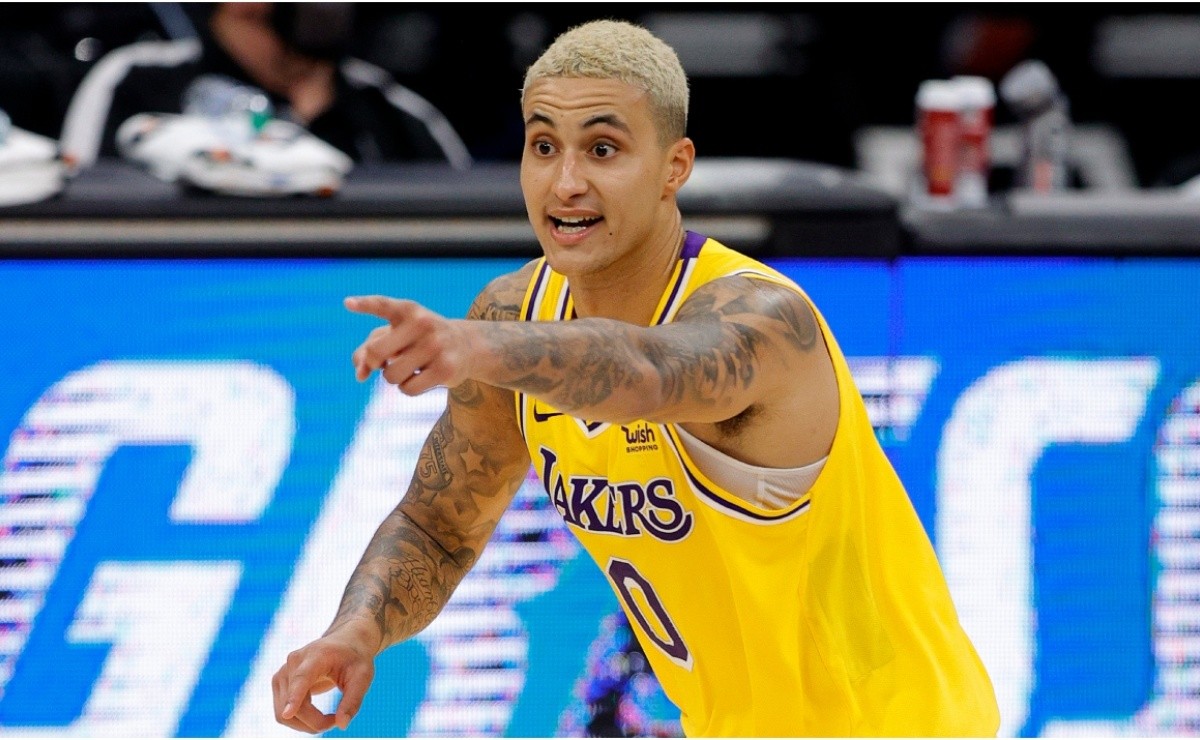 Even though he’s found his place in the Association, it seems like Kyle Kuzma wasn’t exactly destined to make it to the league. Check out what he said.

The NBA Draft isn’t an exact science. Scouts can rave about a prospect all they want to, but there are multiple intangibles that simply cannot be measured. If not, just ask Kyle Kuzma about his Draft story.

Kuzma didn’t play for a big program, nor was he a highly-touted prospect. He was an afterthought in most NBA mock Drafts and wasn’t likely to even crack a roster unless he went back to school for another year.

Nonetheless, the Michigan native refused to give up on his NBA dreams, fought his way up on the board, and wound up being taken in the first round by the Los Angeles Lakers of all teams. This is how it went down.

“I wasn’t supposed to be drafted,” Kuzma said in an interview. “Like I got drafted 27 because I was killing in workouts, I was killing the Combine. You know the Under Advisory Committee, right? You call them right before you decide, okay do I want to test the waters? Do I want to declare? Do I want to come back?”

“They call me and they go, ‘Okay so we got your feedback. 19 NBA teams believe that you should be picked around 50 to 60 and then the other 11 said that you would go undrafted. So, take this information with what you want.’ Because I had another year of eligibility but I was graduating. I was like, ‘Why the hell am I in school right now?’ I just got a degree, that make no damn sense to go back to school. I know I’m way better than 50, 60 people. I got to be, right?” Kuzma continued.

“So I go out, I test it, I tell my coach I’m leaving. Everybody’s like, ‘Yo, you’re making a terrible mistake. Nobody thinks you get drafted. Why don’t you come back? Potentially be a first round pick.‘ I said, ‘Coach I’m out of here bro.‘ For me, I just had this blind confidence in myself,” he concluded.

Kuzma wound up having a great combine and the Lakers were convinced that he was their guy. He wound up playing a pivotal role in their championship run, and he’s now about to get a big payday. So, bet on yourselves, kids!