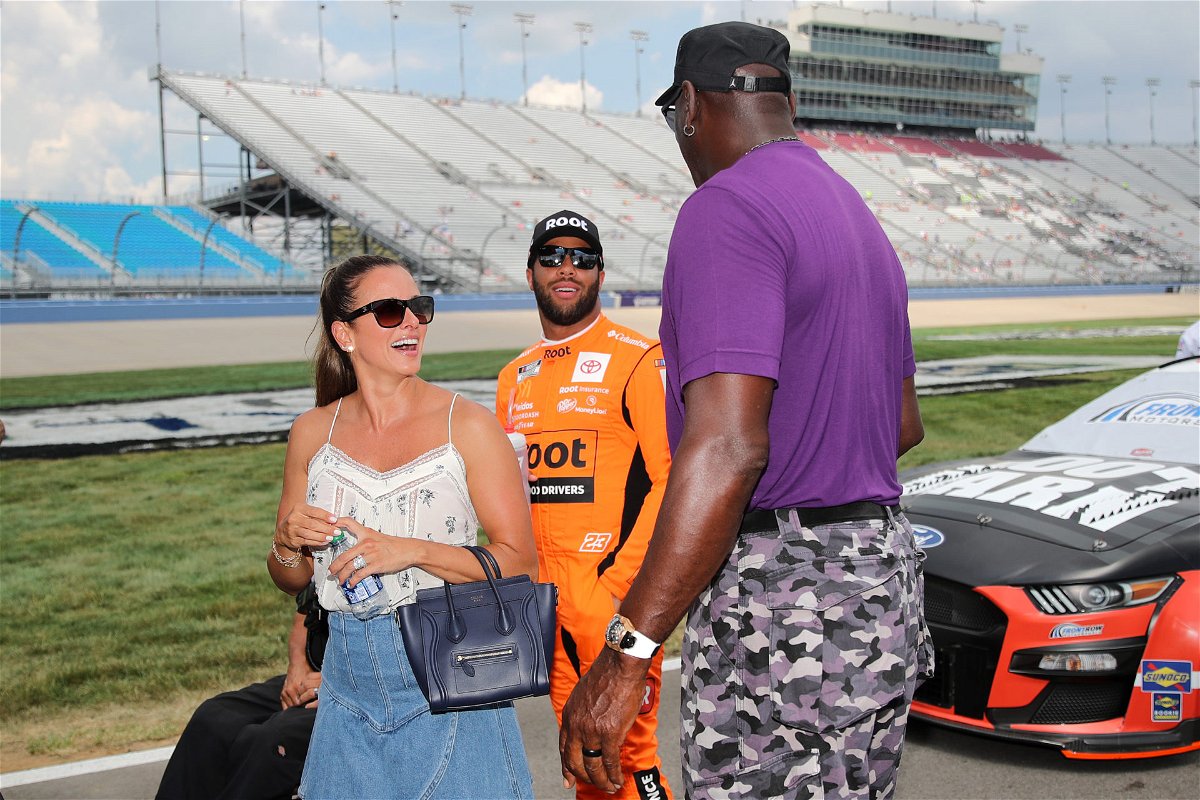 Ahead of the 2023 NASCAR Cup Series season, 23XI Racing decided to try for a fresh look with one of its haulers. Recently, they posted a brief clip unveiling their hauler through a social media post. As we all know, this season, the Bubba Wallace featuring and Michael Jordan co-owned team would bring in a new teammate in the form of Tyler Reddick. What better way to start the next season than with some freshly redesigned logo for their haulers?

They had dressed up the new hauler in an all-black backdrop. Flaunting red letterings of the 23XI logo. Moreover, even there is even a wood grain type pattern etched into the logo letterings. Right below the Toyota logo at the rear end of the hauler, we also see a honeycomb pattern. Furthermore, the bottom part has the words, “Forward Together,” written on it.

However, the hauler did not feature any driver numbers or sponsors. Hence, it is hard to ascertain which driver this hauler would belong to. Perhaps the sponsor logos would be added later, after the unveiling of the car itself. Aside from the hauler, this season, the team’s star driver, Bubba Wallace, would be heading back to his original car; the number 23. Meanwhile, Tyler Reddick would be taking over the 45 car, which was previously driven by Kurt Busch.

The hauler design did spark some interest amongst the fans, and they all reacted in various sorts of ways, all of them positive, obviously.

Fans took notice of the slightly changed font structure painted on the hauler. They also highly appreciated the new design the team came up with. One fan, however, took a cheeky dig at Hendrick Motorsports and asked them to take notes and implement such designs in their haulers.

Even the team’s co-owner, Denny Hamlin, reacted positively to the new paint job.

I spy a logo refresh 👀

Oooooo is that a Merch hauler? Please be. Load that baby up with Bubba gear and Jumpman merch and listen to the registers ring

Soooo much better than the plain white

Watch This Story: From Rookie Of The Year To Cup Series Icon: Bubba Wallace’s Racing Journey Through The Years

Many people stated how this year’s hauler design was much better than the earlier white and red designs. Some of them also pointed out how it uncannily resembled one of Michael Jordan’s shoes from back in the ’90s. In conclusion, everyone loved how the new haulers looked and now the only thing everyone is out waiting for is the unveiling of the 2023 cars and sponsors.