Regis Prograis On Teofimo Lopez: “Mentally, He’s Not There” 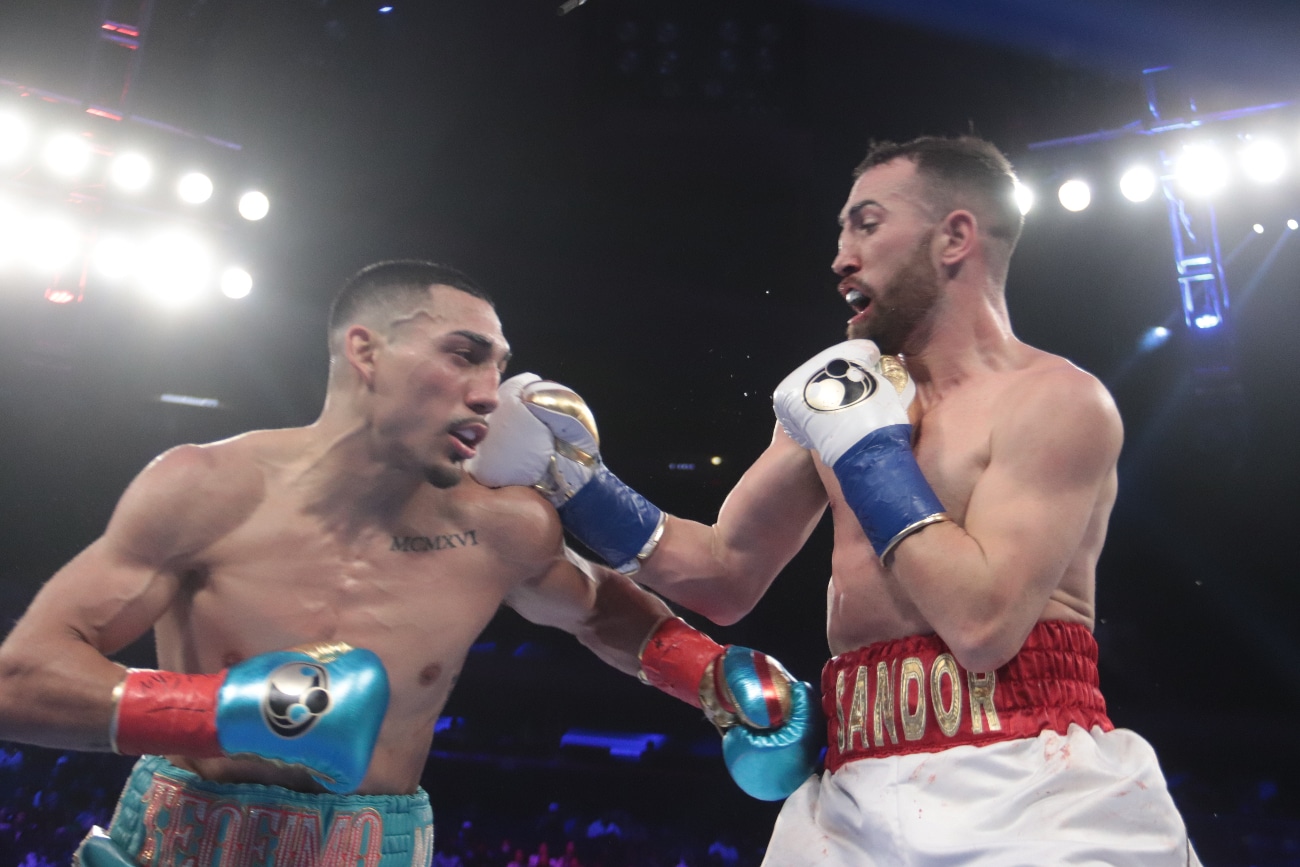 By Jim Calfa: Regis Prograis says Teofimo Lopez is “mentally crumbling” at this stage of his career, and he doesn’t believe he has any intentions of fighting him.

Teofimo’s recent performance against Sandor Martin on December 10th was every bit as bad as his dismal efforts in his loss to George Kambosos Jr in 2021.

If Top Rank isn’t concerned about the obvious deterioration in the former unified lightweight champion Teofimo’s game, they ought to be because it’s troubling.

Although Teofimo is still young at 25, he’s looking so bad now that it’s cause for alarm bells to go off in the Top Rank headquarters.

WBA light welterweight champion Prograis (28-1, 24 KOs) feels that Teofimo (18-1, 13 KOs) and his dad, Teofimo Sr, were just talking without being serious when they recently mentioned wanting to fight him in April. Prograis doesn’t see that happening.

Top Rank promoter Bob Arum, who promotes Teofimo, said last week that he wants to match Teo against Devin Haney at 140 if he defeats Vasyl Lomachenko next.

Arum didn’t say who he wants Teofimo to fight while he waits for the smoke to clear for the Haney vs. Lomachenko fight.

It won’t be Arnold Barboza Jr that Teofimo fights because Teo has made it clear that he has no interest in fighting the unbeaten highly, ranked 140-lb contender.

“Mentally, he’s crumbling. Mentally, he’s not there,” said Regis Prograis to iD Boxing about Teofimo Lopez. “I like Teo; I don’t want to say anything bad about him, but if he fights me, I like I’m going to hurt him.

“I keep saying the same thing. I feel like if I fight Teo, I will hurt Teo. He can have the flash; he can have the speed. He can have all that stuff. But I feel if I hurt Teo, he’s mentally not stronger than me.

“Mentally, I’m going to break him. I already know mentally, in a mental battle, I will crush him, and there’s nothing he’ll be able to do about it. I have too much experience for him.

“That doesn’t bring anything good. That just brings negativity. Like I said, I definitely feel I will hurt Teofimo. If me and Teo fight, I feel like it’ll be a slaughter. I feel like I can really hurt him.

“Absolutely not, I don’t think he’s going to take the fight with me. No indeed. It’s bull s**t. That’s what people do in boxing these days. Oh, I’m going to fight. When they know the fight is not going to happen.

“‘I’m going to fight him next.’ I saw his dad said he wants to fight me in April. Okay, let’s see if it’s going to happen. Let’s see [if Teofimo will do that]. People are going to say they want to fight, but it’s going to be some more bull s**t.

“Mike Tyson said, ‘These fighters are businessmen. They’re not fighters.’ I got in because I’m a fighter. Of course, you want to be a businessman, and you definitely want to make as much money as you can. But for me, I love the sport, I love boxing.

“Whoever they put in front of me, that’s who I’m going to fight. So for me, I will fight [Jose] Ramirez next, I will fight Teofimo next. I don’t care who it is. I want to fight them. I just don’t see him fighting me.

“Nowadays, people say, ‘Oh, we’re going to fight.’ It’s easy for the dog to bark behind a cage. When you open that fence, that dog ain’t trying to come out. So that’s how I kind of feel about that situation,” said Prograis about his belief that Teofimo won’t fight him.