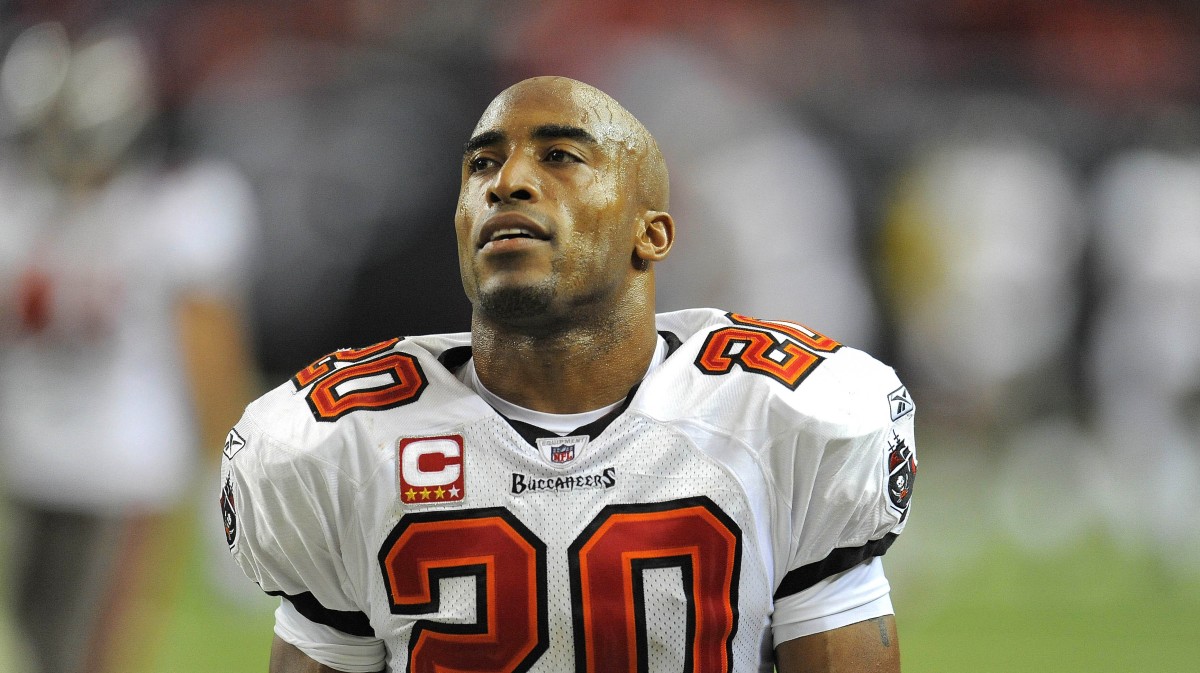 For the third-straight year, former Virginia Cavaliers and Tampa Bay Buccaneers defensive back Ronde Barber has been named a finalist for the Pro Football Hall of Fame.

15 finalists were announced in the Modern-Era Player category of the Pro Football Hall of Fame’s Class of 2023 on Wednesday night and Barber was listed as a finalist for the third-consecutive year. This is the sixth year Barber has been eligible for induction into the Hall of Fame and Barber has been a semifinalist in each of the last five years.

Ronde Barber and his twin brother, Tiki Barber, both enjoyed decorated football careers at the University of Virginia. Ronde Barber was the ACC Freshman of the Year in 1994, a three-time First-Team All-ACC selection, and had his No. 19 jersey retired by UVA.

Barber was selected with the 66th overall pick in the 3rd round of the 1997 NFL Draft by Tampa Bay, where he spent the entirety of his 16-year NFL career. With 47 interceptions and 28 sacks, Barber remains the only player in NFL history to have at least 45 interceptions and 25 sacks in his career. Barber started every game for the Buccaneers from 2000 to 2012 and his 215-consecutive starts are still an NFL record for a defensive back. Barber recorded 14 total touchdowns, including eight pick-sixes, four fumble recoveries returned for touchdowns, and two touchdowns off of deflected punts. His 47 interceptions and 14 defensive touchdowns are Tampa Bay franchise records and his 1,428 career tackles are third-most in Buccaneers history.

Barber was selected to the Pro Bowl five times and was a three-time First-Team All-Pro. Ronde Barber became a Super Bowl champion when he helped the Tampa Bay Buccaneers take down the Oakland Raiders 48-21 in Super Bowl XXXVII.

Here’s the complete list of 15 finalists for the Pro Football Hall of Fame Class of 2023:

The Pro Football Hall of Fame Class will be announced on February 9th as part of the NFL Honors broadcast in Phoenix on the NFL Network.

Stay up to date on all the former Virginia athletes playing at the professional level here: Pro Hoos on Sports Illustrated

To stay up to date on all Virginia Cavaliers sports news, follow CavaliersNow on social media: