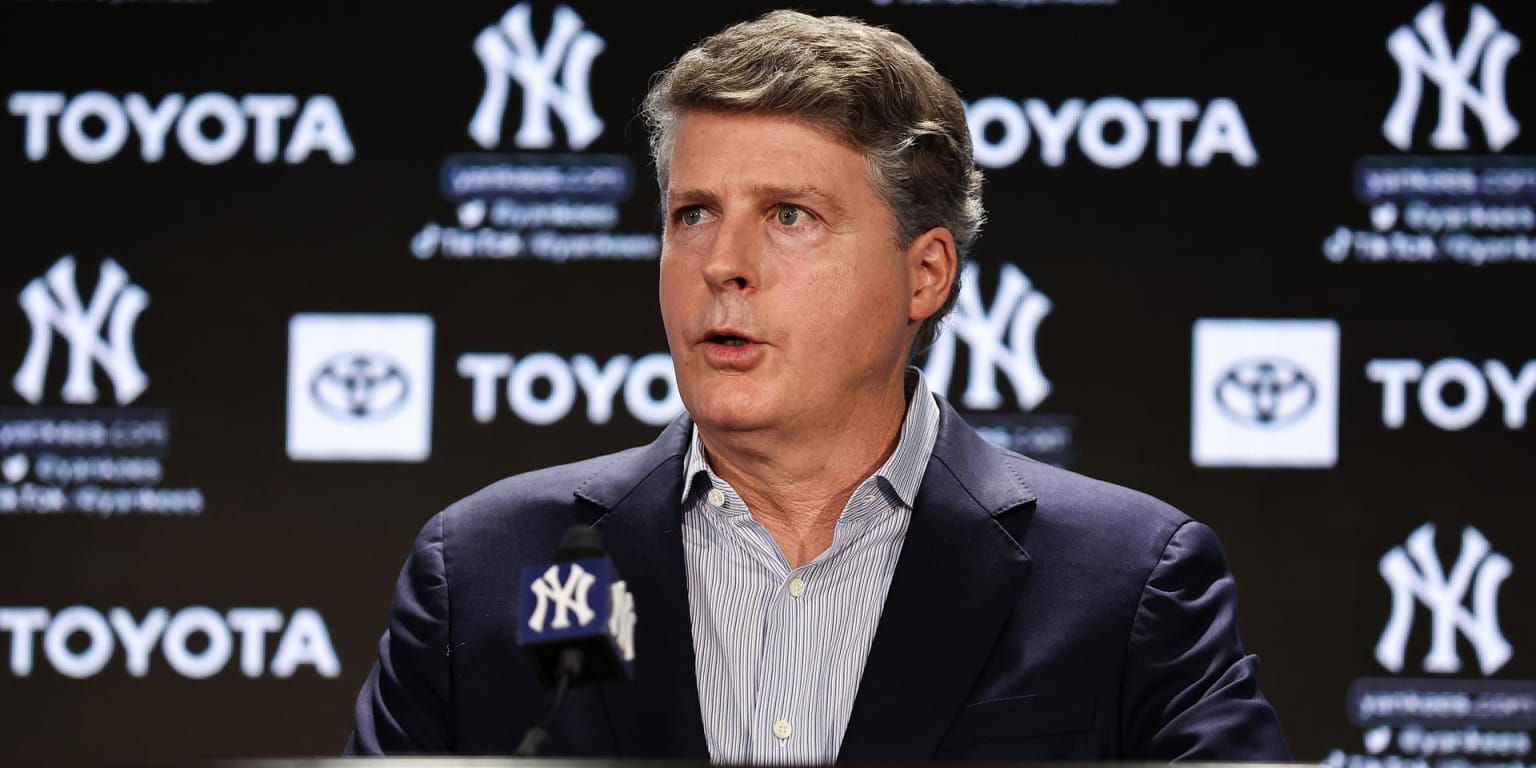 This story was excerpted from Bryan Hoch’s Yankees Beat newsletter. To read the full newsletter, click here. And subscribe to get it regularly in your inbox.

It was about an hour after Aaron Judge had been named the 16th captain in franchise history, handing the American League’s Most Valuable Player his forever pinstripes in a news conference at Yankee Stadium. Hal Steinbrenner considered his team’s roster for 2023 and decided there was still more to do.

“What I can tell you is, ‘We’re not done yet,’” Steinbrenner, the Yankees’ managing general partner, said. “I’d be surprised.”

The next day brought the introduction of left-hander Carlos Rodón, but Steinbrenner had already factored that in. After 99 regular-season wins and an AL East title, but a 13th consecutive year without a World Series appearance, the intent remains to continue upgrading the roster before Judge and his teammates stand on the first-base line for the March 30 opener.

Left field remains the most likely area of focus, where Oswaldo Cabrera and Aaron Hicks occupy the depth chart in pencil. The rest of the outfield is set; Judge expressed that he is not satisfied after breaking Roger Maris’ AL single-season home run record last year, and Harrison Bader’s playoff performance suggests that his midseason trade could be a winner.

Giancarlo Stanton could also see some time in the outfield, though manager Aaron Boone would prefer to use Stanton in the less-spacious right field for home games.

“I want to get him out there, but I see him more in right field in our ballpark, maybe on days where I give Judge a DH day,” Boone said. “Or G can spell left field in other ballparks. Hopefully, physically, he’s in a space where he’s playing the outfield in spurts all year long. I put him in left field last year in a playoff game out of need, and he was ready for it.”

So where will the Yankees go from here? They would have liked to retain Andrew Benintendi but were unwilling to match a five-year, $75 million offer from the White Sox. Following the deals for Judge and Rodón, the Yankees’ payroll is approximately $288 million; the top luxury tax threshold is $293 million, which they may be aiming to stay under.

“We loved having Andrew Benintendi; it would have been nice to retain him,” senior vice president and general manager Brian Cashman said. “We’re down a left-handed bat that would fit in left field. That would be something that we’d prefer, but at the same time, you can’t have everything you want at all times.”

There aren’t many quality left-handed bats available on the free-agent market. New York’s interest was piqued when Pirates outfielder Bryan Reynolds requested a trade before last month’s Winter Meetings. A switch-hitter who turns 28 later this month, Reynolds would help upgrade an offense that struggled to score runs in the postseason.

A National League All-Star in 2021, Reynolds is coming off a ‘22 season in which he batted .262/.345/.461 (126 OPS+) with 27 homers and 62 RBIs. He’s set to earn $6.75 million next year and is under team control through ‘25. Pittsburgh has little appetite to unload Reynolds for anything less than star-level talent. In the Yanks’ case, that could mean requests to part with shortstop Oswald Peraza (the club’s No. 3 prospect per MLB Pipeline) or outfielder Jasson Domínguez (No. 2). The Yanks and Pirates have in recent years found matches on trades involving pitchers Clay Holmes and Jameson Taillon.

New York is known to have spoken with the Twins about Max Kepler, a lefty swinger who turns 30 in February and hit .227/.318/.348 (93 OPS+) last year. In 2019, Kepler hit 36 homers with 90 RBIs, numbers that have since been dented by injuries. Scouts believe that Kepler may benefit from the new ban on defensive shifting.

As for the in-house options, Cabrera contributed as a jack-of-all-trades last season, batting .247/.312/.740 (109 OPS+) with six homers and 19 RBIs in 44 games while seeing duty at every position but catcher, pitcher and center field. Hicks remains under contract through 2025, though he may benefit from a change of scenery after hearing boos during a rough season in which he batted .216/.330/.313 (86 OPS+) with eight homers and 40 RBIs in 130 games. A trade partner has, thus far, not materialized.

“We’ll continue to patiently assess opportunities,” Cashman said. “When something realistic comes into play that we’re comfortable with trying to pull down, we’ll make some recommendations to Hal. It’s been more of a challenge to solve [left field], so we’ll continue to work toward that.”