How Ricky Hatton Came Back From The Brink of Suicide 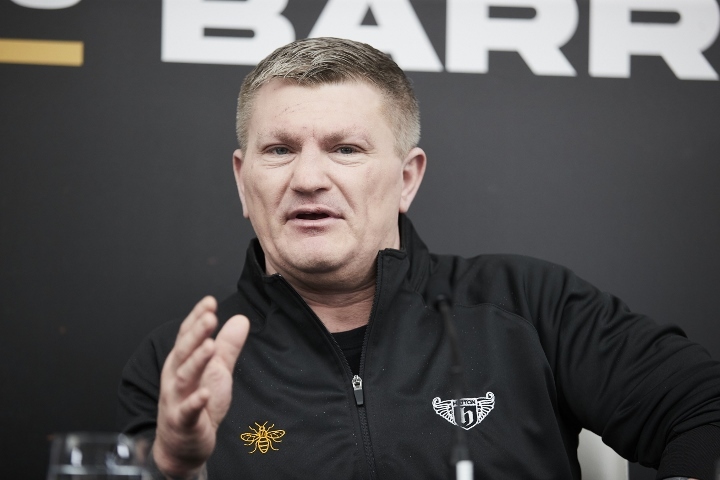 RICKY HATTON has detailed how he battled back from the brink of suicide with the help of a psychiatrist after falling into a deep depression after his retirement in 2009.

The much-loved Manchester ‘Hitman’, who won world titles at super-lightweight and welterweight, was knocked out inside two rounds by Pacquiao in Las Vegas which sent his life into a tailspin.

He eventually returned to the ring three years later, when he was beaten by Vyacheslav Senchenko, but not before seeking help from a mental health expert after admitting he did not care whether he ‘lived or died’.

Hatton had fallen out with his parents Carol and Ray and also his long-term trainer Billy Graham and revealed that the subsequent end of his boxing career left him feeling like he had nothing to live for.

“After I got beaten by Pacquiao I knew my career was over, I thought: ‘listen Rick, you’re past it now, son’,” Hatton, 44, told the George Groves Boxing Club podcast.

“I knew there was no boxing left in my life, no mum and dad in my life and no Billy Graham in my life. That was when I was in my darkest moments.

“I thought ‘what did I do it for?’ I can’t celebrate it with Billy or my mum and dad. Boxing was gone. I didn’t care whether I lived or died then.

“My first daughter was born, I held her in my hands in the hospital and I said to myself: ‘listen, Rick, you’ve got to get yourself together now. It’s not just about you, you’ve got kids.’

“I thought ‘come on, pull yourself together’ but I just couldn’t do it. I had to go and see a psychiatrist in Manchester.

“I won’t be here next week if you don’t tell me what I need to do today.

“He spoke to me, talked to me and I got loads of things off my chest that I probably felt I couldn’t do with my mates. What sort of lad can sit down the pub and say ‘I’m not doing great, I’m crying every day and I want to kill myself every day’?

“For a man, it’s hard to do that. Sometimes you hold it in because they will think you’ve lost the plot – which I had done.

“Bit by bit I got in the routine of what the psychiatrist was telling me. I went to Tenerife for the whole of the summer and I thought I’m not going to drink, I’m going to train every day, run every day, enjoy the sun and eat healthy. I just started feeling better in myself.”

Hatton, who has now patched things up with his parents and Graham, recently returned to the ring in an eight-round exhibition against Marco Antonio Barrera at the Manchester Arena.