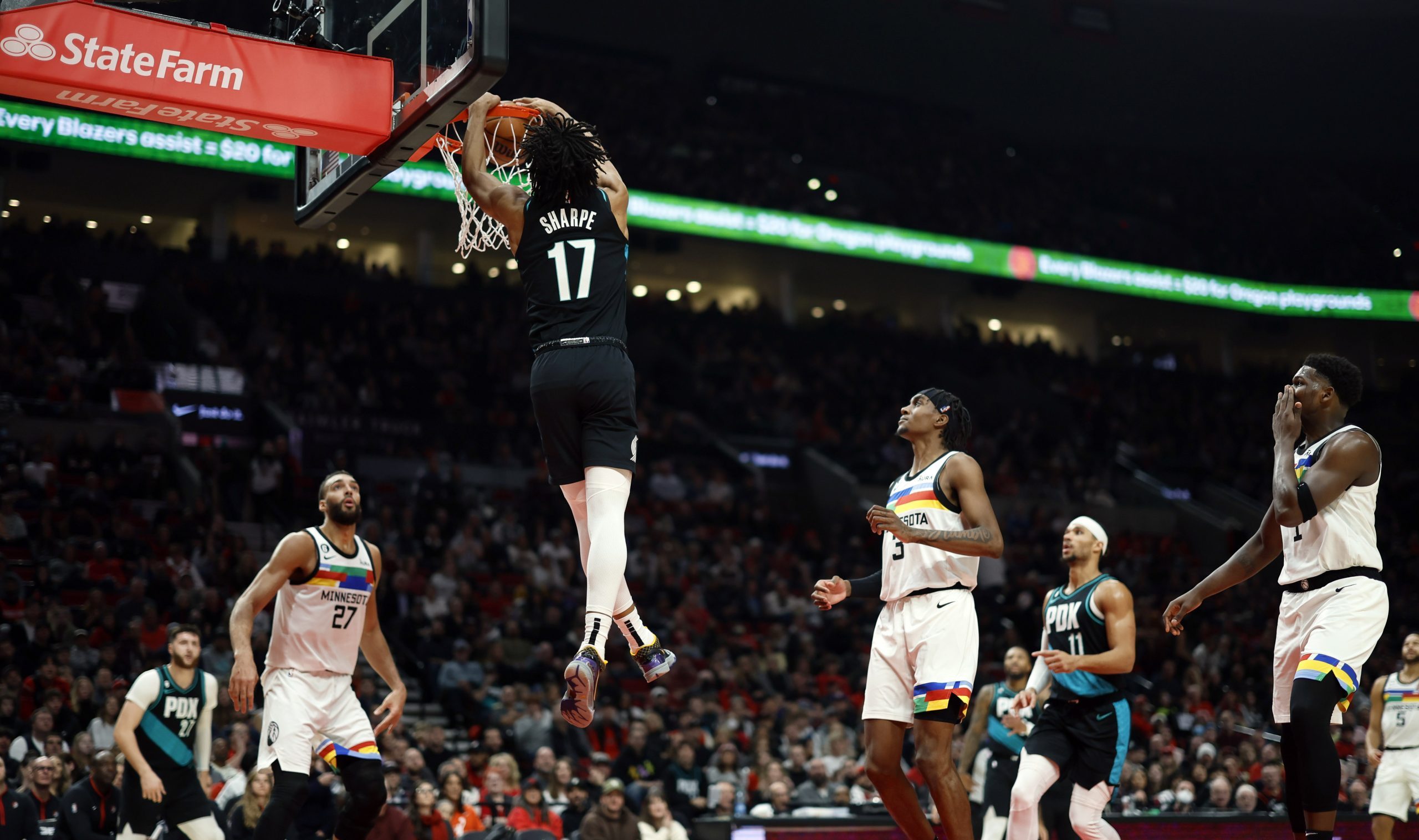 The Dunk Contest has always been one of the most anticipated events during NBA All-Star Weekend, and the first participant has been named for this year’s edition of the contest.

According to Shams Charania of The Athletic, Portland Trail Blazers rookie Shaedon Sharpe has committed to participate in this year’s NBA Dunk Contest.

Sharpe certainly came into the NBA with extremely high and likely unrealistic goals for himself, saying that he “saw himself as one of the best players to ever play the game of basketball” ahead of the 2022 NBA Draft.

While he obviously hasn’t been that just yet, he has been a pretty productive player off the bench in his rookie year for Portland, and has been known for his supreme athleticism.

Shaedon Sharpe has committed to the 2023 NBA Dunk Contest.

Here is a glimpse of what fans are in store for 🔥🤯(via: @UsherNBA) pic.twitter.com/d7oKFReSbM

Many fans took notice of this announcement by Charania on Thursday night, and are undoubtedly extremely excited to see what the rookie can do in the dunk contest.

“Oh man, this is going to be awesome. Can’t wait to be in SLC (Salt Lake City) to see this year’s All-Star events,” tweeted Shane Young of Forbes Sports.

Oh man, this is going to be awesome. Can’t wait to be in SLC to see this year’s All-Star events. https://t.co/xmNpR0Xg2e

“The interest in the dunk contest has sky rocketed,” tweeted Austin White of The Portland Tribune.

The interest in the dunk contest has sky rocketed #RipCity https://t.co/P9ZhTgQIIb

“Blazers’ rookie Shaedon Sharpe has committed to the 2023 Dunk Contest. If you didn’t know, he’s got bounce,” tweeted FanDuel.

Blazers’ rookie Shaedon Sharpe has committed to the 2023 Dunk Contest 🔥

If you didn’t know, he’s got BOUNCE.

It should certainly be a treat to see someone as naturally talented as Shaedon Sharpe compete in the 2023 NBA Dunk Contest, which will take place on February 18th.