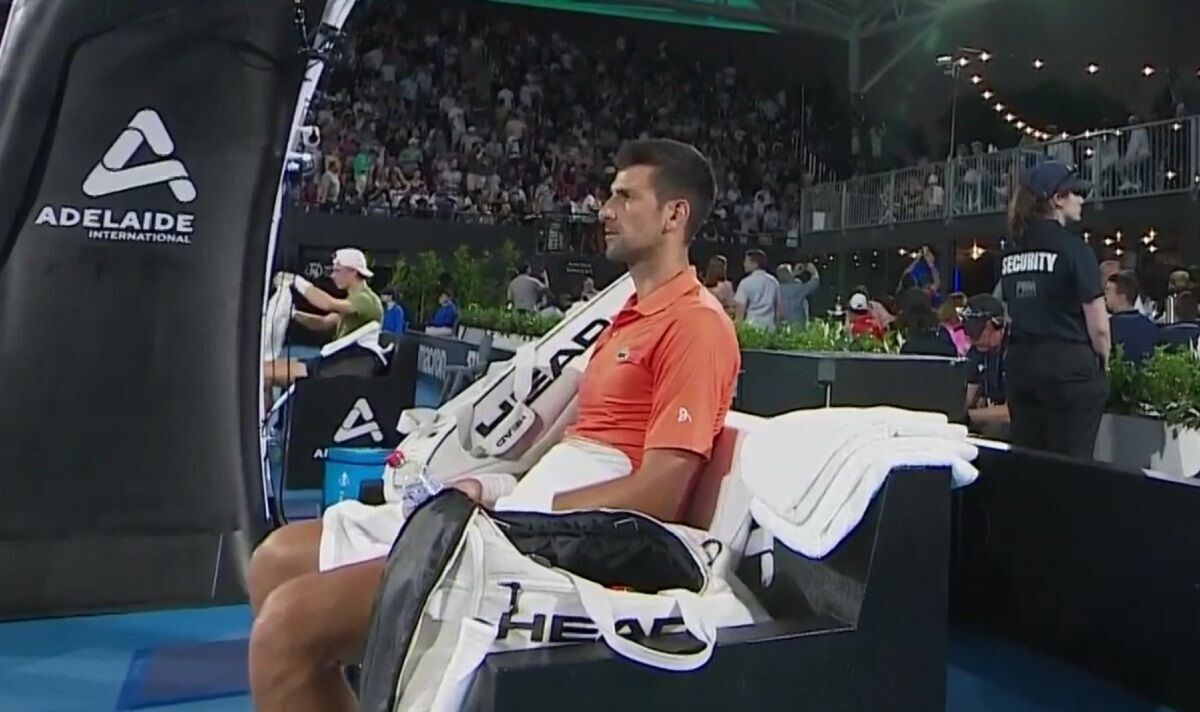 Novak Djokovic’s quarter-final match at the Adelaide International was briefly paused on Friday night for a firework display early on in his clash with Denis Shapovalov. As the pair sat down with the top seed leading 2-1 in the opening set, they were forced to wait eight minutes in an extended changeover until the fireworks had finished as the Serb could be seen pacing around the court while the 23-year-old tried to stay warm on his bench.

Djokovic and Shapovalov had barely started their quarter-final match during the Adelaide International night session on Friday when they were forced to grind to a half for eight minutes for a firework display. The two men had contested just three games when they were given an extended eight-minute changeover to fit in with the badly-timed showcase.

It had already been an exciting affair with the top seed needing 11 minutes to hold serve in the opening game of the match as he fought off two break points but momentum as stopped by the fireworks as both players were seen sitting at their benches while the display could be seen in the sky behind them. After what had already been a lengthy pause, the 35-year-old then opted to stand up and keep warm, pacing around the court.

Meanwhile the world No 18 tried to stay warm on his bench, wrapping himself in towels to wait out the disruption. Shapovalov could be seen rubbing his temples as he attempted to stay locked in as the players were forced to wait eight minutes instead of the usual 90 seconds for a changeover.