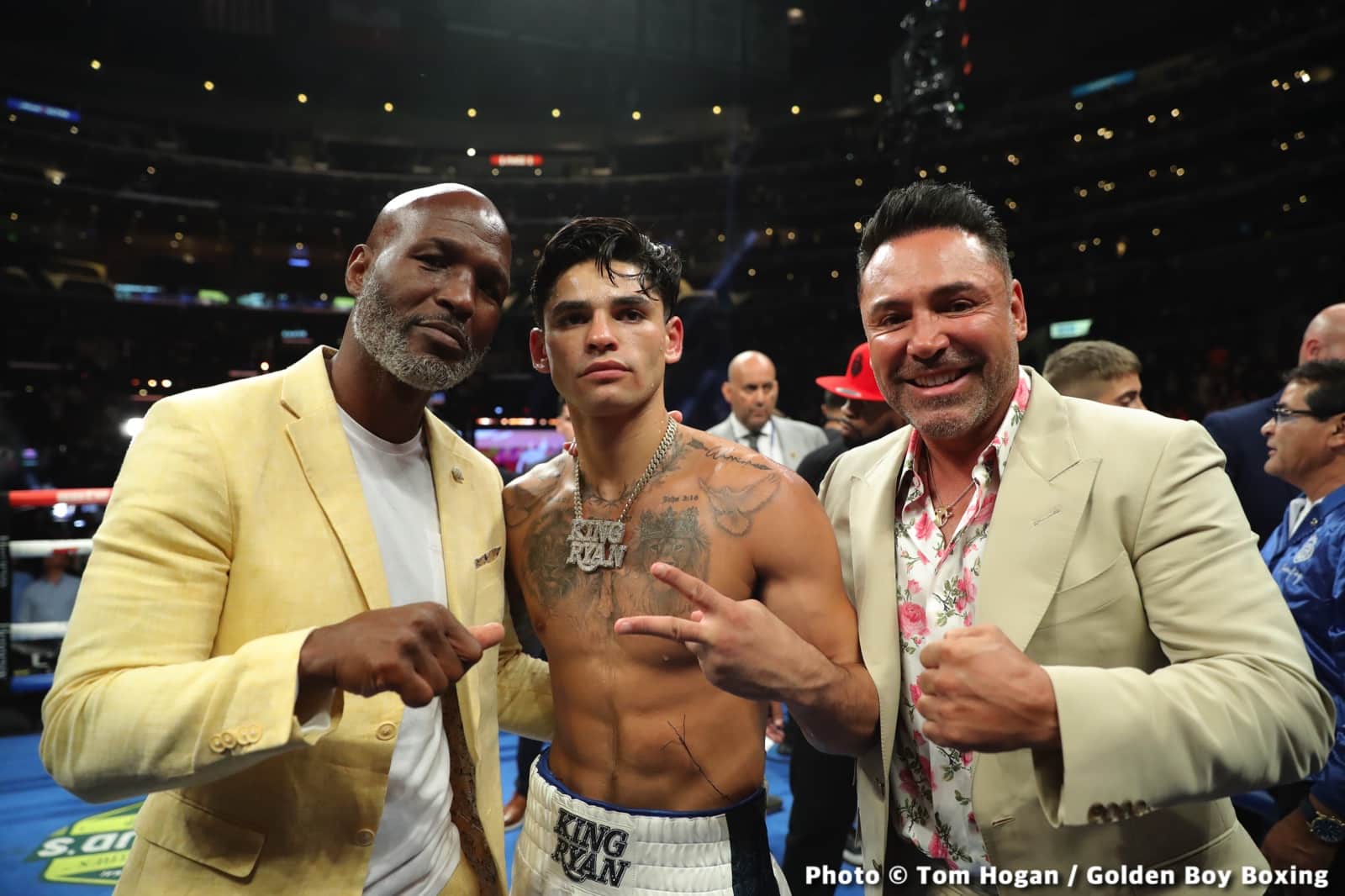 By Sam Volz: Hector Luis Garcia’s coach Bob Santos about Ryan Garcia not having earned a fight against Gervonta ‘Tank’ Davis in his estimation. Some would say that Ryan is getting the Tank Davis fight in April mainly because of his large following on social media.

Instead of Ryan earning the Tank Davis fight inside the ring, he’s getting it because of his popularity on social media.

With 9 million followers on Instagram, Ryan Garcia brings a large audience of followers to each of his fights, but these aren’t necessarily boxing fans.

Many of them are teenagers who like how Ryan looks and are interested in his pictures, videos & soundbites.

Santos notes that the popular Golden Boy Promotions fighter Ryan Garcia (23-0, 19 KOs) has never won a world title or achieved anything during his professional or amateur career on par with Hector Garcia to earn a fight with Tank Davis.

Nonetheless, Ryan, 24, is expected to be the next opponent for Gervonta Davis in April, as long as he wins his fight this Saturday night against Hector Garcia (16-0, 10 KOs) on Showtime PPV at the Capitol One Arena in Washington, D.C.

Ryan Garcia can earn Tank Davis by beating these fighters:

“Things are earned in the ring. He’s shown a tremendous amount of ability, but have you won a world title? No, you haven’t,” said Bob Santos to Fight Hub TV about Ryan Garcia not having done anything to deserve a fight against Gervonta ‘Tank’ Davis.

“Up until this point, he hasn’t earned it. If you want to be champion in the sport, you’ve got to earn it. It’s not going to be given to you. To this point, you [Ryan Garcia] have not. That’s just the truth.

“We plan on beating Gervonta, and if he wants a rematch, we can do that. Ryan Garcia, if you want to elevate your game and fight for the title and become a true champion, then you can fight Hector Luis Garcia. We’ll be more than willing to make that happen and make your dreams come true.

“If we take care of business on January 7th, why not?” said Santos when asked if he thinks Ryan Garcia would be open to fighting Hector Luis Garcia next if he defeats Tank Davis on Saturday. “We’ll see if he’s willing and able to meet the challenge.”

Those aren’t great fighters. Indeed, they’re low-level guys who would lose to many of the top contenders. For example, Jamaine Ortiz, the fighter that Vasyl Lomachenko recently struggled to defeat, would beat every one of the best guys that Ryan defeated.

If Ryan had taken risks with his career and fought a guy like Lomachenko, he’d have a loss already, just like Ortiz.

It’s fair to say that Jamaine Ortiz would be given a fight against Gervonta Davis if he had 9 million followers on Instagram like Ryan.