We finally know why Cameron Young wears an MLB patch 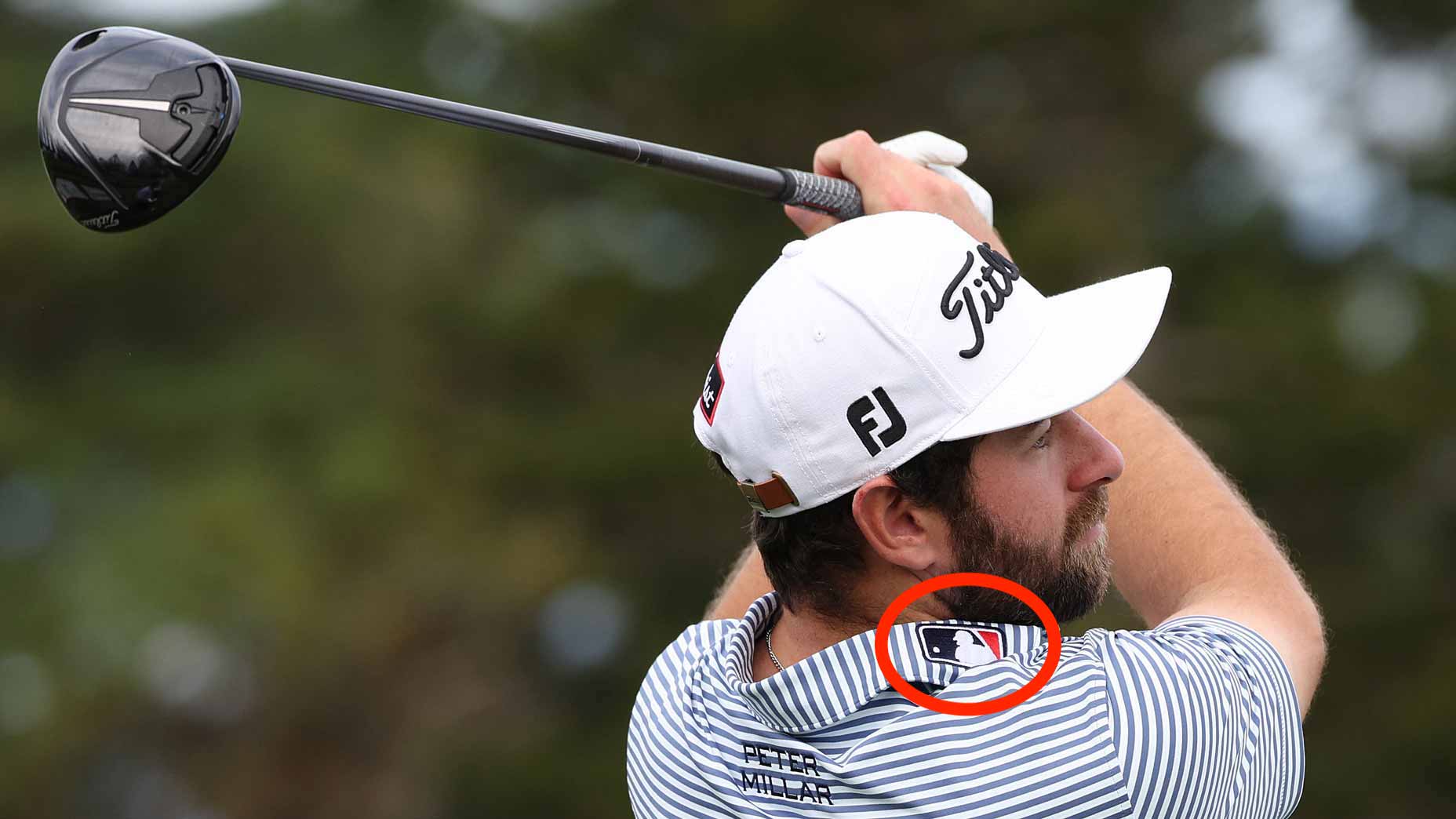 KAPALUA, Hawaii — Occasionally we at golf dot com have to take a break from the hard-hitting reporting on matters of grave importance, things like the origins of Justin Thomas’ putter or the identity of Collin Morikawa’s new part-time chipping coach, to bring you simple answers to simple questions.

Today’s question: Why on earth does Cameron Young wear an MLB logo on his tournament shirts?

Young’s MLB logo has actually shifted locations this week; it used to be on his left sleeve but now adorns his right collar. (“RBC” has taken over the left sleeve.) That means Young will continue to sport the logo of baseball’s top league, just as he’s done since he first came onto our radar. This is obviously strange and even stranger when you consider equivalents from other sports. Would a tennis player be sponsored by the NBA? Would a soccer team wear “NHL” on their kits? Seems unlikely.

Back to Young, then. The 25-year-old and World No. 16, who is making his Kapalua debut, joined the No Laying Up podcast earlier this week to dish on a little bit of everything. The listen was a pleasure because Young is one of the world’s greatest Teddy Roosevelt golfers — he speaks softly and carries a big stick — so we don’t know all that much about him. But we found out a bit more.

As it turns out, the MLB thing traces back to Young’s upbringing as the son of the head pro at Sleepy Hollow, a top-tier golf club just outside New York City. His father David, who just retired from his position at the club, is Cameron’s coach.

Young’s origin story actually went somewhat viral when he was in contention at the Open Championship last summer and was asked by a reporter how he’d managed to develop a golf game while growing up “on the mean streets of New York.” Young handled it perfectly, informing the asker that although he’d gone to a nice private high school in the Bronx, his was hardly a rags-to-riches story.

“I grew up literally inside the gates of Sleepy Hollow Country Club, one of the nicest places you’ll find,” Young told NLU host Chris Solomon, recalling the question. “I came home and chipped essentially in my front yard.”

That’s important backstory as we finally arrive at the crux of MLB patch origin story. Without further ado:

“So it started — the commissioner of baseball, Rob Manfred, is a member at Sleepy Hollow,” Young said. “My parents have known them for 20 years; they’re great people. When I first turned pro they took us to dinner, and afterward Rob leaned in and said, ‘Would you wear the MLB patch?’ And at the time I had just gotten [PGA Tour Canada] status or it was just before I got Canada status, so I was nothing — no status anywhere, essentially. And so I said ‘absolutely, I’d love to,’ and they’ve been there ever since and they’ve been an awesome partner.”

Young sang the Manfreds’ praises, explaining they’d been extremely supportive via the sponsorship but also personally.

Interestingly, Young is just the latest in a line of MLB-wearing Tour pros. I found a story in the archives of GOLF.com that cites Peter Malnati, Billy Andrade, Brendon Todd and Spencer Levin as patch-wearers in 2015. The idea was originally the brainchild of sports agent Dave Parker, who negotiated an MLB deal for his client Shawn Stefani. Stefani got some money out of the deal but also got access to networking opportunities and, more importantly, free tickets to his hometown Houston Astros whenever he wanted.

Malnati remembered the origin of his own deal. “They put a logo on your bag and shirt. They pay you a little bit for the exposure. You do an event or two for them. Take some clients out to play golf. But most importantly, you’ve got a ticket connection. I was really intrigued by that,” he said. As a longtime Royals fan, he took full advantage the year after he signed by attending all seven Giants-Royals World Series games that year.

Others have added the logo since including Adam Long. And Chez Reavie has held a deal for over a decade with the Arizona Diamondbacks. According to a Forbes article, the crossover of baseball and golf fans was so significant that the spend made a lot of sense.

As for the free tickets? Young said he hasn’t yet tested that perk.

“I haven’t asked,” he said. “We probably do [get tickets] but given the circumstances of when [the sponsorship] started, when I was playing mini-tours, I’m not going to ask for any favors.”

(You can hear the whole podcast here.)

Dylan Dethier is a senior writer for GOLF Magazine/GOLF.com. The Williamstown, Mass. native joined GOLF in 2017 after two years scuffling on the mini-tours. Dethier is a graduate of Williams College, where he majored in English, and he’s the author of 18 in America, which details the year he spent as an 18-year-old living from his car and playing a round of golf in every state.