Morrissey honoured to be named to first NHL All-Star game 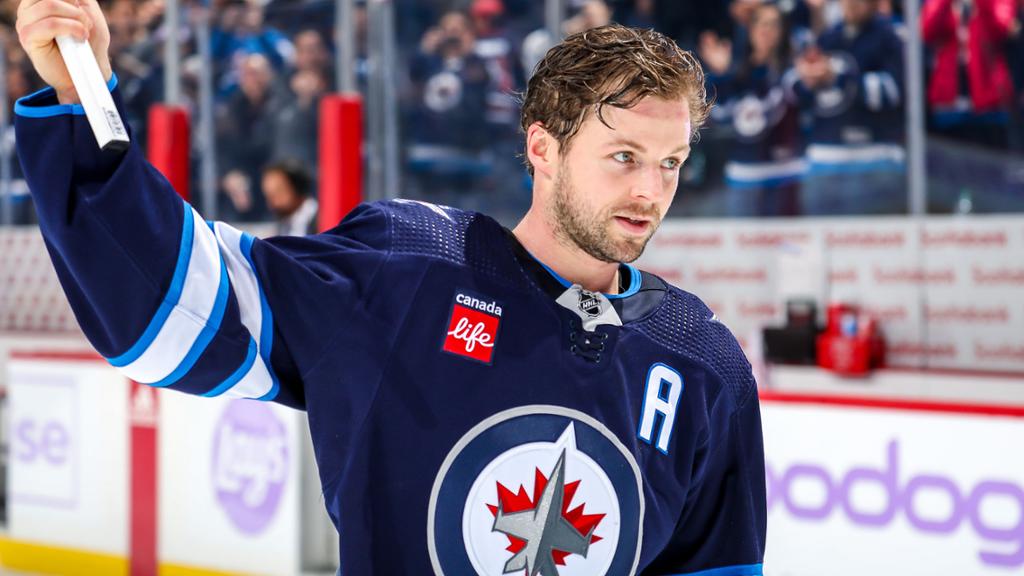 Thursday, January 5, 2023 will always stick out to Josh Morrissey.

It was the day he found out from Winnipeg Jets head coach Rick Bowness that, for the first time in his career, he’d be going to the National Hockey League All-Star Game.

“It was emotional. It was exciting for me,” Morrissey said. “All the people that have helped you along the way in improving your game and working on your game, the ups and downs of your career, it’s just a pretty cool acknowledgement.”

It’s an honour to be named an All-Star in the best hockey league in the world, and a lot of hard work put Morrissey in the position to earn that recognition.

But two years ago, this moment felt very far away.

The young defenceman played the 2020-21 season with the knowledge that his father, Tom, was battling cancer. All the protocol surrounding the pandemic for not only the players, but visitors in hospitals as well, made things even more difficult.

Tom passed away in August of 2021 after his battle. Some of Morrissey’s best memories were skating with his dad, who ran a hockey camp called D-Rules, which first opened in 2005. It where the now 27-year-old crafted his smooth skating stride, and his ability to evade forecheckers, jump in the play, and be the type of defender that made him Winnipeg’s first round pick in 2013.

Those memories, and many more, weren’t far from Morrissey’s mind after that All-Star conversation in Bowness’ office.

“He’s not here to see this. He always thought that was something I could become in this league and achieve,” Morrissey said of his dad. “It just meant a lot to me to know he’s watching. I’m sure he’s very proud and looking down. That’s where a lot of the emotion came from.”

Morrissey has certainly given his dad a lot of highlight reel plays to watch this season, and along the way, he’s not only become an all-star but also firmly injected himself into the Norris Trophy conversation.

That’s exactly where Bowness, who used to have Morrissey as a focal point of his pre-scout during his four seasons coaching the Dallas Stars, believed he should be all along.

He told him so in a conversation this summer, and Morrissey ran with it.

“That’s a tribute to him,” said Bowness. “He’s going to keep pushing. He’s far more confident now in his abilities and what he can do out there and how good he can be. He is a difference-maker out there on both sides of the puck, and I think he’s taken great pride in that.”

At the time of the announcement, Morrissey had already hit new career highs in assists (36) and points (43) through 38 games. His 36 assists are the second-most among NHL defencemen, and fifth most in the entire league.

In fact, the 11-game assist streak the Calgary product put together from December 4 to December 22 set a new franchise record.

On top of all that, his 43 points are the second-most among the league’s defencemen, and he’s come in clutch with four game-winning goals – tied for the most in the NHL.

He’s accomplished all that, while his average ice time per-game of 23:20 is 33rd in the NHL.

Nate Schmidt feels Morrissey is playing with a tremendous amount of confidence, and he’s contributing at both ends of the rink, which puts him in rarified air in Schmidt’s mind.

“The guys that are able to do both (play offensively and defensively), in my opinion, is such an incredible part to the game,” Schmidt said. “It’s the pinnacle of defencemen. If you can do both, that’s the best of both worlds.”

And the skating that has been a hallmark of Morrissey’s NHL career for 461 games and counting? It’s just one of the things that makes him special.

“He’s such a phenomenal skater he can get back for you, which not a lot of guys can do – be the first guy up the ice and also the first guy back,” said Schmidt. “Last game, you see him make a play to KC and jump right by them. When you’re feeling good and feeling confident, you make those plays. He’s really been showing it and it’s been fun to watch.”

He’s a big reason why the Jets are battling for top spot in the Central Division as the season gets closer to the halfway mark, but Morrissey knows he’s not alone in that department.

In fact, he wants the fans to get behind some of his teammates to get them to the 2023 NHL All-Star Weekend as well.

“It’s my first game so I need a couple guys that have been there before who can show me the ropes,” he laughed. “We’re off to a great start as a team. And that doesn’t happen with one or two or even just a few guys. It’s a full team thing.”