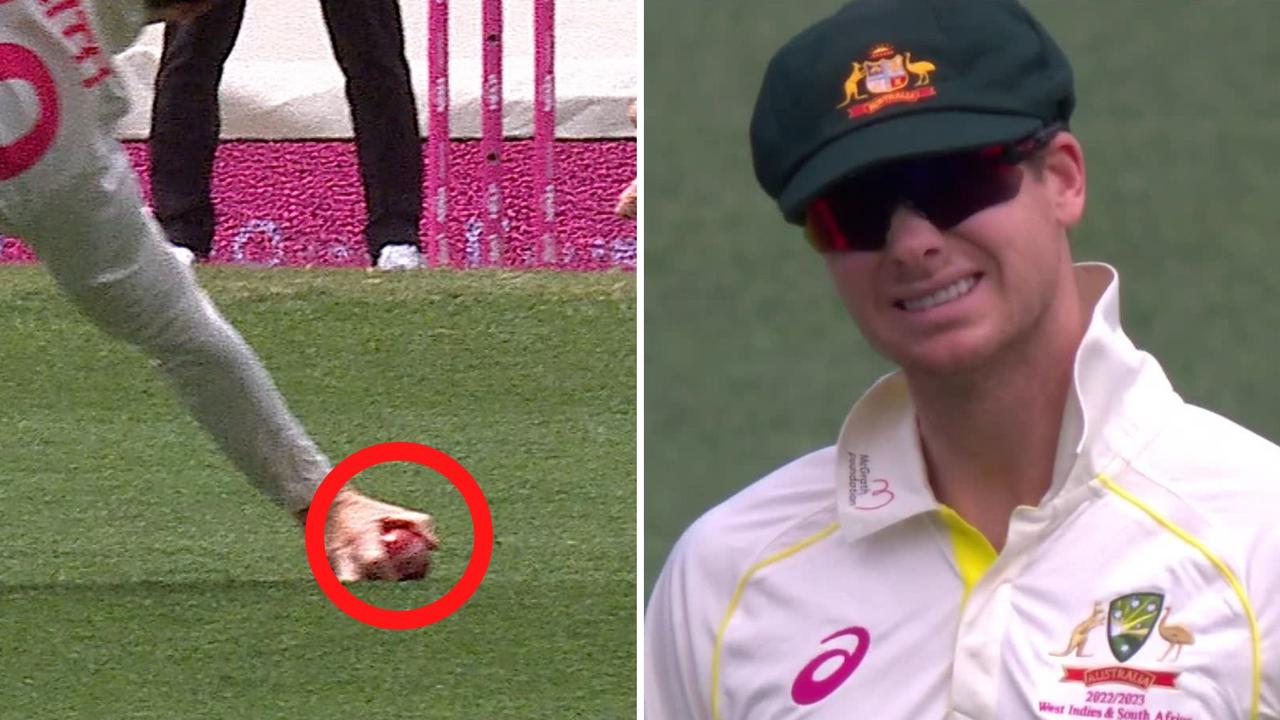 Third umpire Richard Kettleborough has made some dubious decisions throughout the SCG New Year’s Test, but you can’t question his consistency.

The Proteas were 1-10 in the fifth over when Josh Hazlewood got the Kookaburra to nip away from Elgar and kiss the outside edge.

Smith dived low to his right and grabbed the ball with one outstretched hand inches from the turf. His teammates celebrated, but Smith was not convinced the catch was clean.

The on-field umpires deliberated briefly before sending the decision upstairs with a soft signal of not out.

Replays showed the ball had slapped into Smith’s palm before bouncing, but the Kookaburra appeared to scrape along the turf before he completed the catch.

After consulting the footage for several minutes, Kettleborough handed down his not out verdict, prompting boos from the agitated Sydney spectators.

The controversy comes after Kettleborough handed Marnus Labuschagne a reprieve on day one of the New Year’s Test, with an edge to Simon Harmer in the slips adjudicated not out.

Both dismissals were similar, with a clean catch followed by uncertainty on whether the ball had made contact with the ground. What goes around, comes around.

“The really good angle in that process was from behind the slips cordon, when you saw the ball actually on the ground, and I‘m very happy that Richard has made that call,” former Australian umpire Simon Taufel told Channel 7.

“You can see the ball goes into the hand but the ball cannot touch the ground through that process.

“We must remember that this soft signal process has been tweaked a little bit. This decision was entirely in the hands of the third umpire.”

Elgar didn’t make the most of his reprieve, gloving a Hazlewood bouncer through to the wicketkeeper a couple of overs later, trudging back to the sheds for 15.