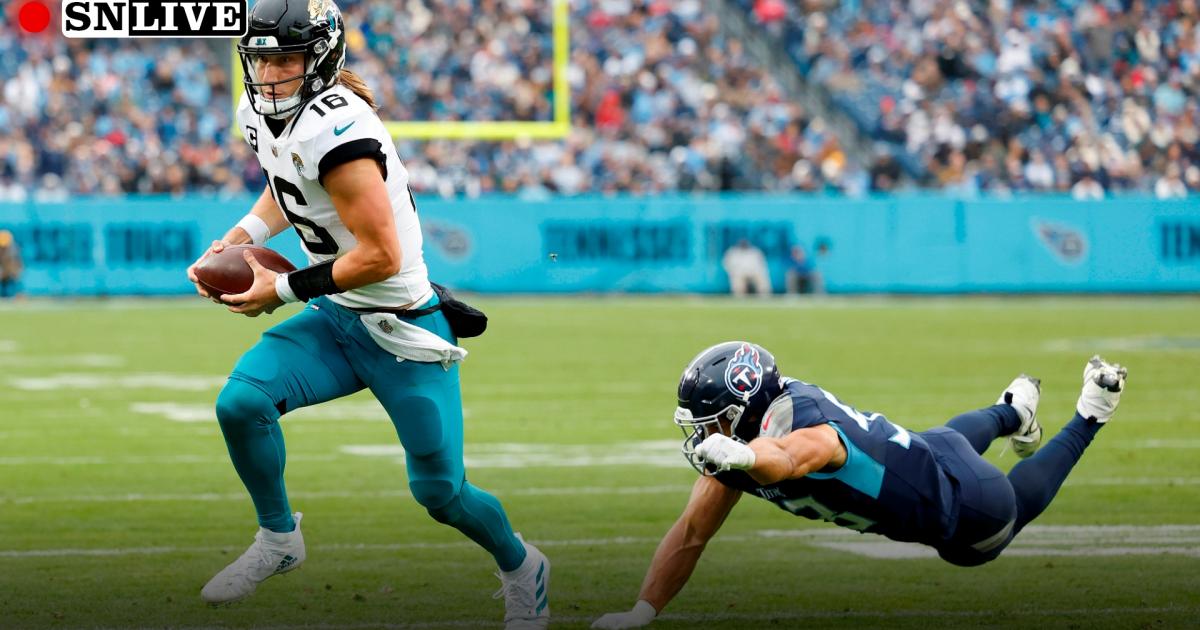 When the Titans put the finishing touches on a win over the Packers in Week 11, there was likely little thought to a Week 18 game vs. the Jaguars having any meaning. At that point, the Titans were 7-3 and the Jags sat at 3-7.

Now, it might be the most anticipated game of the weekend. The AFC South foes will meet in Jacksonville on Saturday night with a division title on the line. Titans have lost each game since that Week 11 win, while the Jaguars are 5-1 since their Week 11 bye.

The 7-9 Titans certainly face the most pressure to win. If they lose, there is no path to the playoffs. And Tennessee dropped the first matchup between these two teams in Nashville in Week 14. Jacksonville collected the 36-22 win behind a standout performance from Trevor Lawrence, who threw for 368 yards and three touchdowns and added a fourth score on the ground.

The 8-8 Jaguars are feeling the pressure to win, too, but they have a chance to make the postseason even with a loss. Should the Patriots, Dolphins and Steelers all lose on Sunday, an 8-9 Jacksonville team would reach the playoffs as the AFC’s No. 7 seed. It would then have to go to Kansas City, Buffalo or Cincinnati in the wild-card round instead of hosting the Ravens or Chargers as the No. 4 seed.

The Sporting News is tracking live scores and highlights from Saturday’s game between the Titans and Jaguars. Follow along for updates from the NFL Week 18 matchup.

Updates will begin closer to the start of the game, which is scheduled for 8:15 p.m. ET.

Saturday’s Week 18 contest is scheduled to kick off at 8:15 p.m. ET from TIAA Bank Field in Jacksonville, Fla.

How to watch Titans vs. Jaguars

ESPN assigned its top NFL broadcasting crew to cover Titans vs. Jaguars. Joe Buck (play-by-play) and Troy Aikman (analyst) will be on the call in the booth, and Lisa Salters will report from the sideline.

Fans hoping to stream the contest can find it on the ESPN app, on ESPN+, or on fuboTV, which offers a free trial. Canadian viewers can find it on DAZN, which carries all NFL games during the season.