Boston’s ‘Good Hockey’ Came Through In Win Vs. Sharks 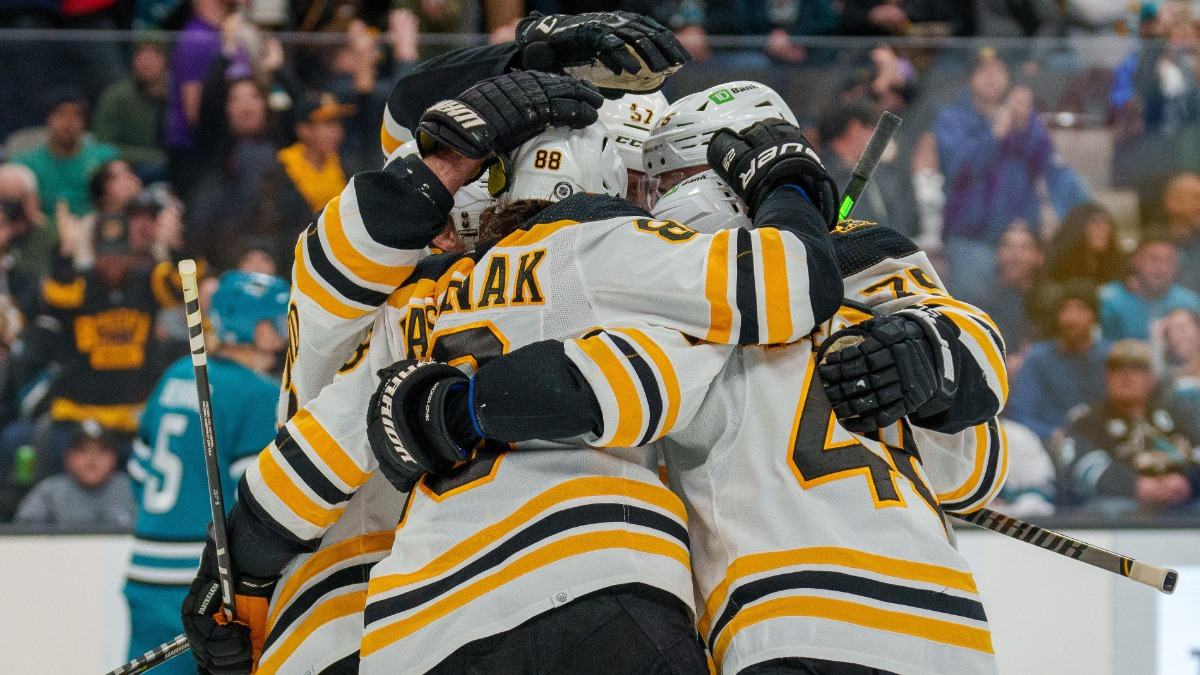 “Its great,” Marchand said, as seen on NESN’s postgame coverage. “Just the way we still play. I think we just thrive together. We just know where to go on the ice for one another.”

In the first period, you may have missed the game-opening score if you tuned in just two minutes after puck drop. Marchand put the Bruins ahead just 1:03 into the contest to tally his 12th of the season.

“Those don’t come often,” Marchand said. “They’re fun when they do. … Its fun when those ones come your way but not something that happens frequently, honestly.”

— With two assists, longtime Bruins captain Patrice Bergeron reached a new milestone. He notched his 1,000th career point against the Sharks, according to NHL Public Relations.

“Its pretty special,” Bergeron said, as seen on NESN’s postgame coverage. “When you look at the guys that are up there, you know. Legends of the game, people that have a lot of respect for and have had a tremendous impact on the organization. But also on the league itself, on hockey. So, yeah, that’s special for sure.

“I never really stop and worried about points and stat lines and whatnot,” Bergeron said. “I think for me its all about the results and making sure that we do that as a team. And for me, obviously, I wanna help my team as much as possible.”

— Marchand extended his point streak to five straight games. Through the stretch, Marchand has scored three goals and recorded six assists while the Bruins have gone 4-1.