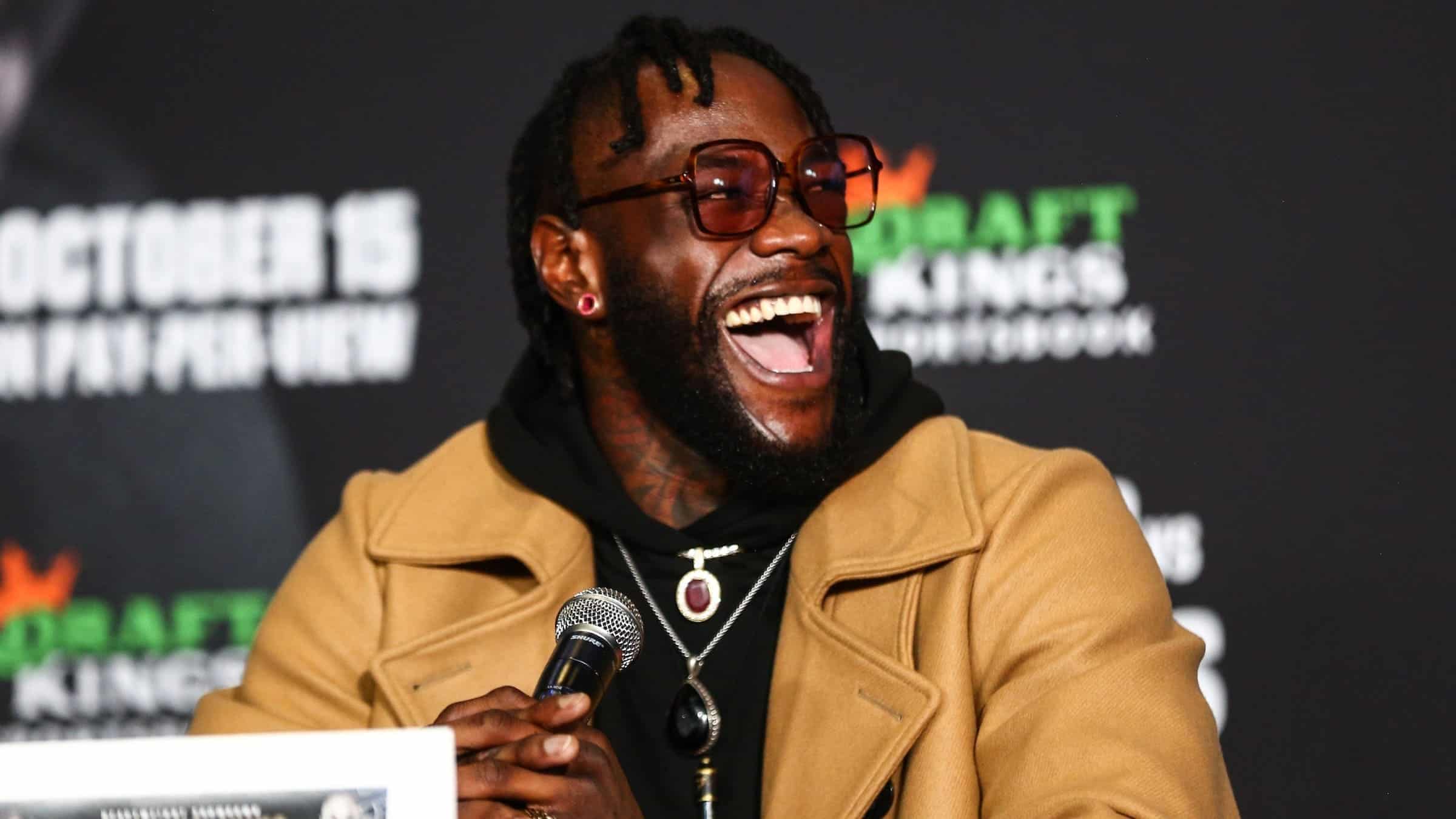 Deontay Wilder remains focused at heavyweight despite the opportunity to drop down a division for a vacant world title clash.

The belt became vacant when Oscar Rivas got injured. Should Wilder have lobbied the WBC, President Mauricio Sulaiman would have given the green light to Wilder against the next challenger in the ratings.

As the WBC’s number-one contender at heavyweight and a WBC legend with ten title defenses behind him, Wilder can do as he pleases with the organization.

Wilder previously stated his intention to win the cruiserweight championship one day to become a two-weight ruler.

“What’s up, boxing world? You know, I’ve just been sitting in my car thinking. I’ve been thinking about moving down to cruiserweight once I unify the heavyweight division. I am taking over that division,” he said before facing Tyson Fury.

Years later, Wilder has given the new 224lbs version a wide berth.

When explicitly asked by Brian Custer on The Last Stand whether he thinks the division was created with him in mind for a two-weight chance, Wilder responded: “If it’s specifically designed for me and to be the face of it, I decline.

“My career is to be a heavyweight. That’s what I got in it for, and that’s what I’m going to end with.

“Guys always outweigh me. So putting on weight is not a difficult part for me. My power makes up for all that.

“I have too much power for a weight class that low. I should be exempt from that [bridgerweight division].”

Before Rivas saw his latest fight postponed for logistical reasons and canceled due to his ailment, promoter Yvon Michel responded to WBN’s question about a potential title defense against Wilder.

Rivas was willing to give the former heavyweight ruler a shot – if he wanted it.”

Promoter Yvon Michel told WBN: “You are absolutely right. Oscar Rivas would never turn down any important challenges after the August 13 Battle of Cali against Lukasz Rozanski!”

Wilder is in a solid position in the top division as the WBC has already sanctioned Wilder vs Andy Ruiz Jr. for the mandatory challenger spot.

The winner will eventually challenge Tyson Fury or Oleksandr Usyk for the undisputed crown.

Therefore, moving down and veering off his plan would not benefit his career at the moment. In the future, who knows if Wilder will change his mind.

He can easily make the lower limit at any time.

Regarding the vacant ‘super cruiserweight’ title, the WBC has revealed the next two contenders who will vie for the honor of following the first-ever champion, Oscar Rivas.

“The WBC regrets the injury to Oscar Rivas. He suffered a detached retina in December and will not be able to fight his contracted bout with Lukasz Rozanski.

“Consequently, the WBC has placed Oscar Rivas as champion in recess. That’s until he confirms his decision about his future.

“The WBC Board of Governors has voted in favor of the following resolution to address the status of the bridgerweight division immediately.

“The WBC has ordered number one [rated] Alen Babic vs number three Lukasz Rozanski to fight for the vacant title with a 50-50 split. The winner committed to complying with two [future] mandatories.

“The first mandatory against the winner of the final elimination between Ryad Merhy vs. Kevin Lerena.

“The WBC orders number two [rated] Ryad Merhy vs. [number four] Kevin Lerena to fight a final elimination fight with a 50-50 split. The winner is fighting vs. the new champion with a 60-40 split in favor of the champion.

“The WBC starts a free negotiations period for both fights. If no agreement is reached, a purse offer will be held in Mexico City on Tuesday, January 31.

“Promoters may participate via Zoom,” they concluded.

Wilder vs Ruiz is set to land in Las Vegas or New York between March and May this year.