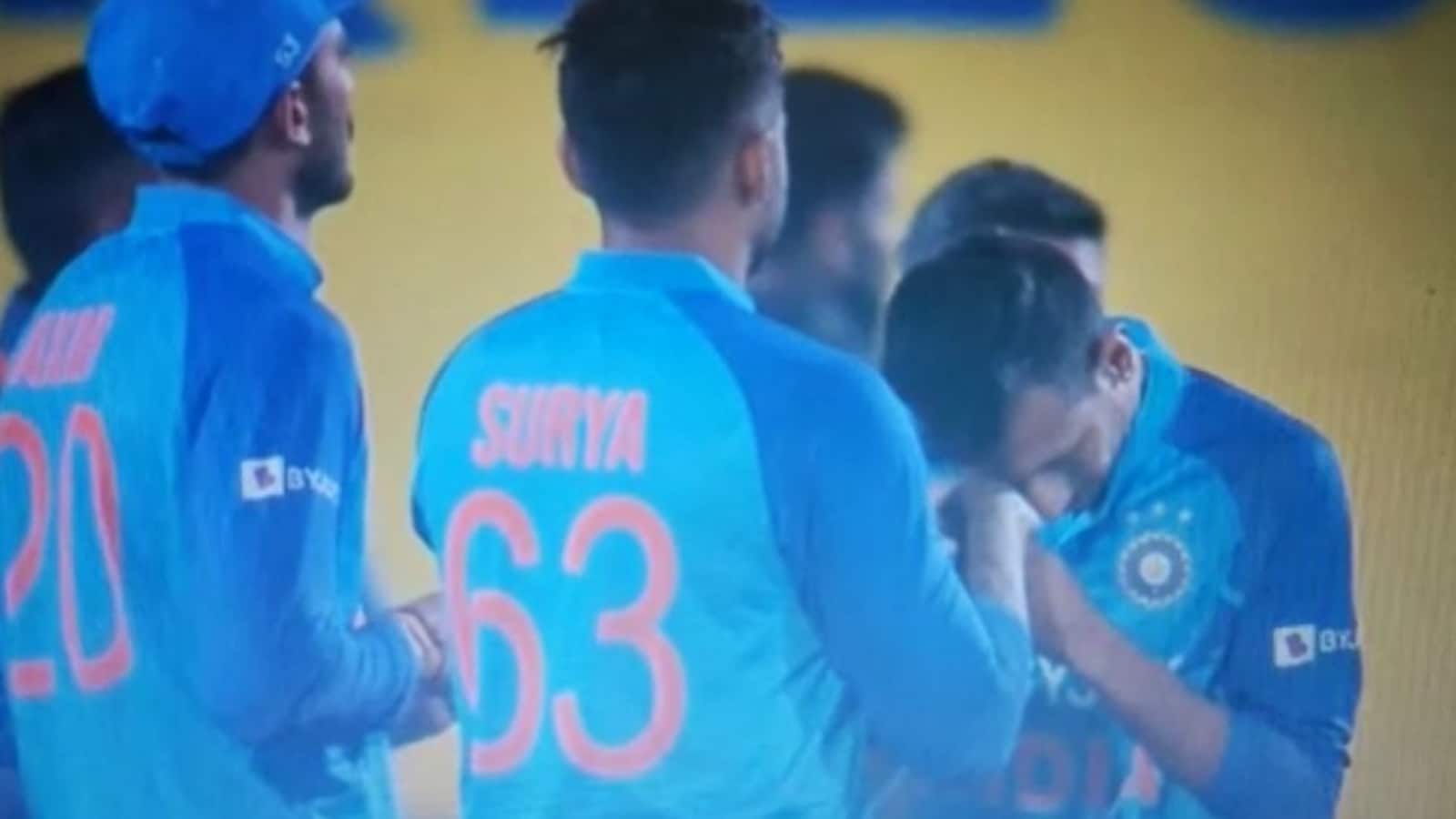 Suryakumar Yadav was in stunning form as India grabbed a series clinching win against Sri Lanka in the third T20I, in Rajkot on Saturday. The swashbuckling batter single-handedly led India’s innings, hammering an unbeaten knock of 112 runs off 51 balls, packed with seven fours and nine sixes. The hosts ended up posting 228 for five in 20 overs, which Sri Lanka failed to chase successfully, getting bowled out for 137 in 16.4 overs.

This was Suryakumar’s third T20I ton in a span of six months. His first ton came against England at Nottingham in July last year, where SKY’s 117 went in vain as India came out just that bit short in a high-scoring thriller. He followed it up with another equally sensational ton against New Zealand in November at Mount Maunganui, to go with yet another undefeated inning last night. Receiving the Player of the Match award for his performance, Suryakumar revealed how it is easy to play for him under Rahul Dravid.

Also Read: Suryakumar Yadav’s classy reply to Rahul Dravid’s hilarious ‘Did not watch me bat growing up’ compliment is priceless

“It’s really important to put pressure on yourself when you are preparing for a game. If you do that in practice, it gets a little easier while playing the game. There is a lot of hard work involved but it’s about doing quality practice sessions. You should know what your game is and prepare accordingly. Boundaries behind are like 50-60 meters, so I was targeting them”, Suryakumar said at the post match presentation ceremony.

“There are some shots that are pre-determined but you need to have other shots too so that if the bowler changes his plan, you can have an answer. He (Dravid) just lets me enjoy myself. He tells me to just enjoy and express myself.”

The 32-year-old showcased his batting ability to its fullest potential and was hailed by his teammates. In a video that went viral, India spinner Yuzvendra Chahal could be seen kissing Suryakumar’s hand in an extraordinary gesture after the game. Here is the video:

Suryakumar led India’s dominant show with the bat, that also had sizeable contributions from a couple of more youngsters. Shubman Gill narrowly missed out on a half-century, scoring a run-a-ball 46, including two fours and three sixes, while, Rahul Tripathi clobbered a quickfire 35-run knock off 16 deliveries, slamming five fours and two sixes. Dilshan Madushanka bagged two wickets for the Sri Lanka quick but was clattered for 55 runs in four overs.

Sri Lanka’s top-scorer was captain Dasun Shanaka, who managed to muster 23 runs off 17 balls. Arshdeep Singh, who had a forgettable outing in the previous match, returned to his best and was in red-hot form for India, grabbing three wickets in 2.4 overs.