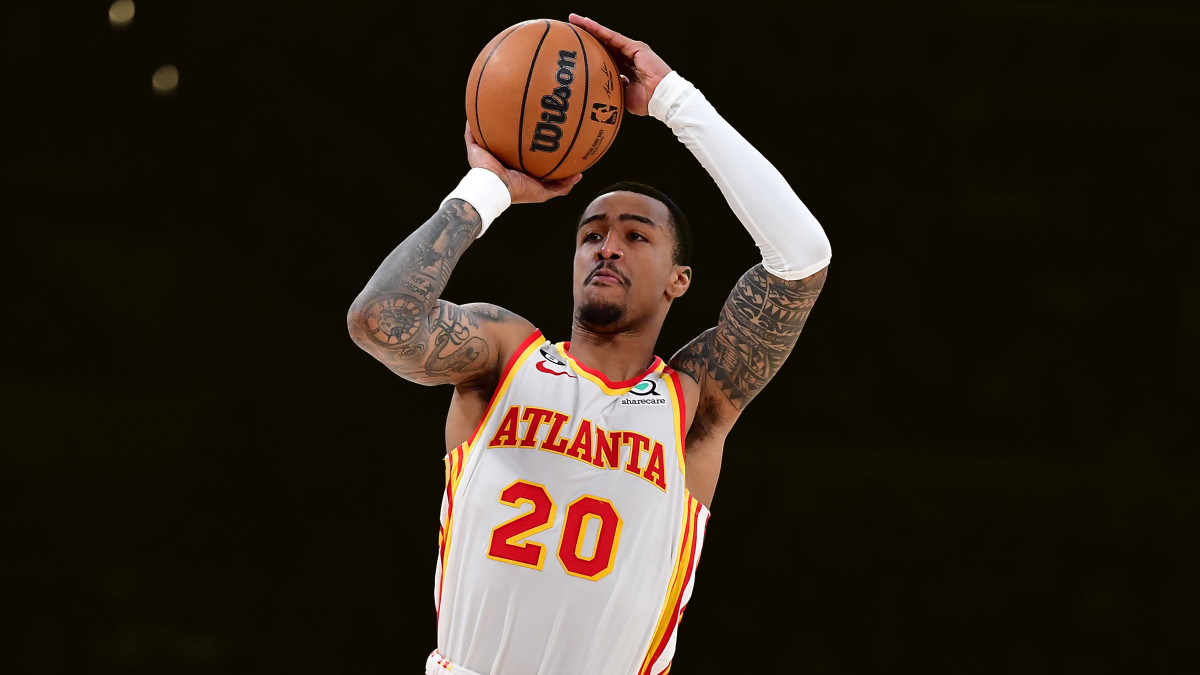 There have been quite a few disappointing squads in the NBA to start the 2022-23 season, but only a few have been more disappointing than the Atlanta Hawks have been. The Hawks were hoping to be one of the top teams in the Eastern Conference this season after pulling off a blockbuster trade for Dejounte Murray over the offseason, but instead, they have stumbled out to a 19-21 record, which is good for just tenth in the Eastern Conference.

John Collins opens up amid the trade speculation surrounding him

One player who has really fallen victim to the Hawk’s struggles is John Collins. With Murray and Trae Young running the offense, that has left Collins with a much smaller role in the offense than usual, and his production has suffered as a result. Collins’ numbers this season (13.3 PPG, 8.1 RPG, 1.3 APG, 49.8 FG%) are pretty poor, and it hasn’t been surprising to see his name once again pop up in trade rumors this season.

Collins’ always seems to be involved in some sort of trade speculation, even after he signed a five-year, $125 million extension with Atlanta in the summer of 2021. For the most part, Collins seems to be used to being involved in these rumors as regularly as he is. Still, he offered some interesting comments recently on the lack of control he has over his future, which could open the eyes of the Hawks’ front office.

“I come in and I play basketball, and whatever happens, happens because I don’t control that side. I don’t have any control over any decisions that get made, where I am and where I play. I don’t have any control over that. I can say, ‘Hey, I want to do this and I wanna do that,’ and they can just do whatever they feel is fair. You saw it with Kevin Durant, right? He’s begging for trade, and Brooklyn is like, ‘Nah.’ Not saying that I’m Kevin Durant, but it’s just the mentality of ‘Yeah, you can say whatever, you can make a public scene, you can do whatever (and it won’t matter).'” – John Collins, The Athletic

These comments certainly don’t make it seem like Collins is happy with the Hawks, which wouldn’t necessarily be the biggest surprise in the world based on what we have seen this season. But according to Collins, it doesn’t even matter because even if he is unhappy, there’s nothing he can do to get himself out of Atlanta. He uses Kevin Durant’s trade request off of the Brooklyn Nets this past offseason as an example of how no matter what you do to try to force your way out of one spot, it won’t matter unless the team you play for agrees.

In a sense, Collins is right; Durant’s trade request this past offseason proved that players could do pretty much anything they can to get themselves traded, but it ultimately may not matter. The problem with Collins’ logic here is that Durant freely chose to sign with the Nets in the first place. So while Durant ultimately was unsuccessful in forcing his way out of Brooklyn, he’s responsible for putting himself in that position in the first place.

Collins has remained quiet on most of the speculation surrounding a potential trade-off of the Hawks, but if he does get moved, it will almost certainly be because the Hawks wanted to trade him and not because he wanted to get moved. And while Collins can complain about not having control over his future, he just signed an extension with Atlanta less than a year and a half ago, so he may not have anyone to blame other than himself.