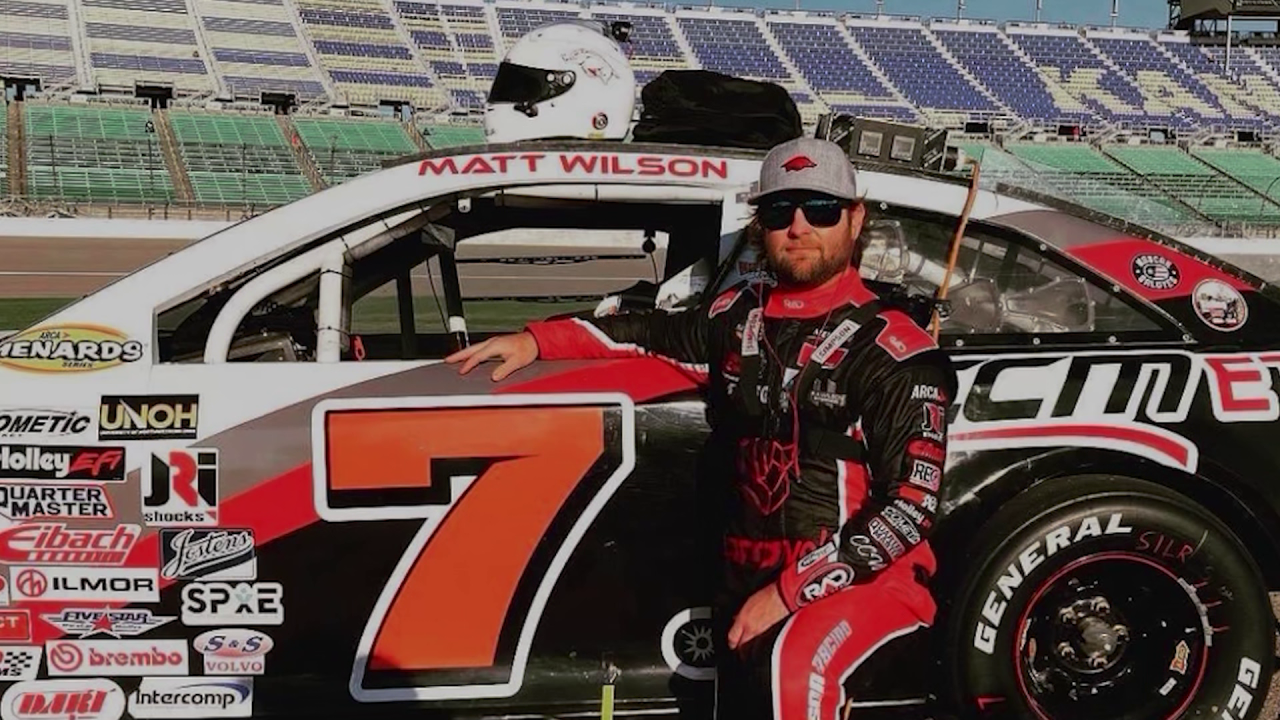 SPRINGDALE, Ark. – Monday, Jan. 9, is the birthday of NASCAR Hall-of-Famer, Mark Martin, and one Arkansan is gearing up to compete hopefully in NASCAR’s biggest race of the year, Daytona, to hopefully follow in Martin’s footsteps.

“I can’t describe it, I’m at a loss for words just thinking about it, it’s surreal,” Wilson said.

He said he began racing when he bought his first car on a whim, and after three years, he made it to one of the top four series in NASCAR.

He competes in the ARCA Menards series, meaning he could have the opportunity to compete in the Daytona 500.

“We are all trying to make our way to fight for those top 42 positions,” Wilson said.

While chasing a dream at unbelievable speeds, he still can’t believe it standing still.

He’s proud to be, perhaps the only racing Razorback out there.

“I have some pride, I think it’s really cool to be able to wear the razorback around,” Wilson said.

Wilson even said he is one of the only NASCAR drivers from Arkansas, behind Hall-of-Famer, Mark Martin.

“To race in NASCAR, like one of those series, I don’t know of anybody other than Mark,” Wilson said.

No matter what place Wilson finishes, he will always share what he loves about racing, and will always do what he can, on and off the track, to be first in his daughter’s eyes.

“I mean I get to check that off my list of things I want to do in life and then I get to be her hero beyond just being her dad,” Wilson said.