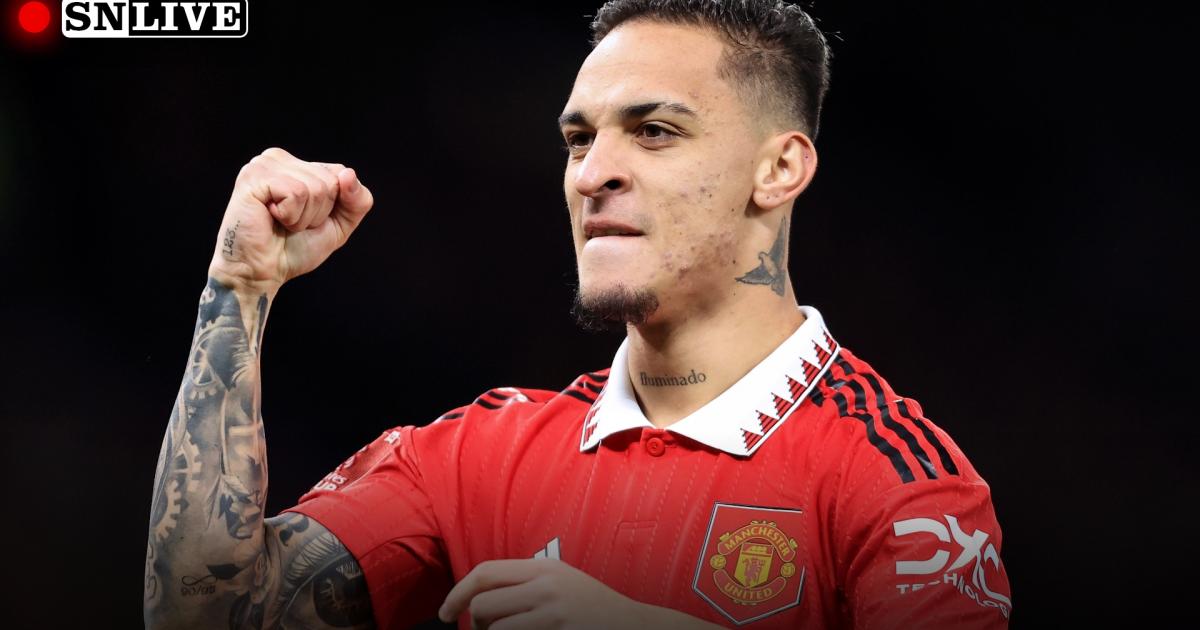 Manchester United will aim to book a place in the Carabao Cup semifinals when they face League One Charlton Atheltic at Old Trafford.

On paper, it is a straightforward tie for Erik ten Hag’s side, but the recent round of FA Cup third-round action showed that Premier League sides are never quite as secure as they might wish on such occasions.

Dean Holden’s side will be backed by 9,000 travelling fans in Manchester, who will be keen to put Charlton’s on-going turmoil off the field to one side and create a party atmosphere.

United have the small matter of a derby showdown with Manchester City this Saturday. Might they have one eye on that and leave themselves open to an upset? Stranger things have happened in football.

12th minute: More joy for Fred here as he unleashes a thunderous shot that Innes bravely blocks. The hulking Charlton defender was knocked off his feet there. But he’s back up to successfully defend the corner.

10th minute: Fred runs beyond the Charlton defence. McTominay looks to pick him out but the pass is significantly overhit. There was a lot of pre-match rainfall and perhaps he was trying to account for that. Turn the power down, Scott.

9th minute: That ball out to the left from Maguire to Garnacho is becoming a big problem for Charlton. The Argentina youngster gets another shot away, this time slotting wide of the near post.

8th minute: More twinkled-toed magic from Garnacho, who cuts in from the left and tries his luck, blazing over with the angle against him.

7th minute: United are determined not to be cowed by any direct Charlton tactics. Maguire launches a high ball that Inniss fails to deal with under pressure from Antony.

5th minute: It’s a frenetic, open contest at the moment, with Charlton looking to attack whenever they can. The away fans are loving it but their team might be better served by settling this down a bit. United have the first corner of the night, it’s played to the edge of the box and then Malacia is offside.

2nd minute: The first clear chance falls United’s way as Garnacho causes havoc down the left. His cutback was behind Anthony, who’d surely have done better than Dalot. The Portugal international blazed over left-footed from the edge of the box.

1st minute: Charlton look to start on the front foot, with Blackett-Taylor bursting into the box before United manage to clear.

3 mins from kickoff: Here come the teams, with the familiar strains of This is the One by the Stones Roses ringing around Old Trafford. What a moment for young Kobbie Mainoo.

Words of wisdom for our debutant 🧠

20 mins from kickoff: No pressure then, young man…

Kobbie Mainoo becomes the 243rd academy player to play for Manchester United, joining a special group of players including:

40 mins from kickoff: Charlton boss Dean Holden is a long-time season ticket holder at Manchester United. His father and uncle were stewards at Old Trafford. As you’d expect, it promises to be a magical and emotional night for the former Bolton defender, who just told BBC Radio 5Live that family and friends have hit him up for 31 tickets to tonight’s match.

58 mins from kickoff: And this is what the Charlton XI looks like.

🏆 Your Addicks to take on @ManUtd…

1hr from kickoff: The teams are in. Tom Heaton gets the nod over new recruit Jack Butland in goal for United, while Lisandro Martinez returns after his World Cup exploits and there’s a debut for Kobbie Mainoo.

1hr 10 mins from kickoff: Charlton are aiming for a truly historic triumph. The south Londoners last reached a major semifinal when they went on to win the FA Cup in 1947. More recently, during the first decade of this century, they were a fixture in the Premier League, but victories at Old Trafford proved elusive. They last won on United’s patch in 1986 and, prior to that, you have to go back to the 1930s to find examples of Addicks successes in front of the Stretford End.

1hr 20 mins from kickoff: United’s run in this competition means Erik ten Hag is closing in on a shot at silverware in his maiden season at Old Trafford. That’s not always been the best measure of managers in the post-Alex Ferguson era. Ole Gunnar Solskjaer famously fell repeatedly in semifinals before a marathon penalty shootout loss to Villarreal in the 2021 Europa League final, but his tenure was still judged more favourably overall than those of Louis van Gaal and Jose Mourinho, who picked up three pots between them.

Carabao Cup success is not the end game for a club of United’s stature but lifting the trophy would be a good way of solidifying the clear progress made under the Dutchman.

1hr 30 mins from kickoff: Hello and welcome to the Sporting News’ live coverage of Manchester United vs. Charlton Athletic in the quarterfinals of the Carabao Cup.

Checking in for some #CarabaoCup action! 👋🔴#MUFC

Playmaker Bruno Fernandes is suspended for United after being cautioned during their 2-0 round-of-16 victory over Burnley in December.

That has created an opening for highly-rated England youth international Kobbie Mainoo to make his senior debut.

Tom Heaton gets the nod over new signing Jack Butland as David de Gea reverts to the bench for cup action.

Anthony Elanga being deployed as a centre-forward Anthony Martial rests up does something to explain the eyebrow-raising pursuit of Wout Weghorst. If United need to call upon extra firepower, Marcus Rashford is among the substitutes.

Goalkeeper Ashley Maynard-Brewer returns for the visitors after missing the 2-1 win over Lincoln City in League One on Saturday because of concussion protocols — the only change made by boss Dean Holden.

Defender Eoghan O’Connell made his return from a knee injury in that game but full-back Mandela Egbo will misses out with a quad injury, although he has said he will travel to support his teammates from the stands.

How to watch Man United vs. Charlton

Here’s how to watch all of the action from this match in some of the major territories:

UK: This match is not being broadcast live on TV or streams in the UK.

USA: All of the action is available to US viewers on ESPN+.

Canada: DAZN will have live coverage for fans in Canada.

Australia: beIN Sports and Kayo Sports are covering the game live in Australia.