Of Course Bo Horvat Should Be Bruins Trade Deadline Target 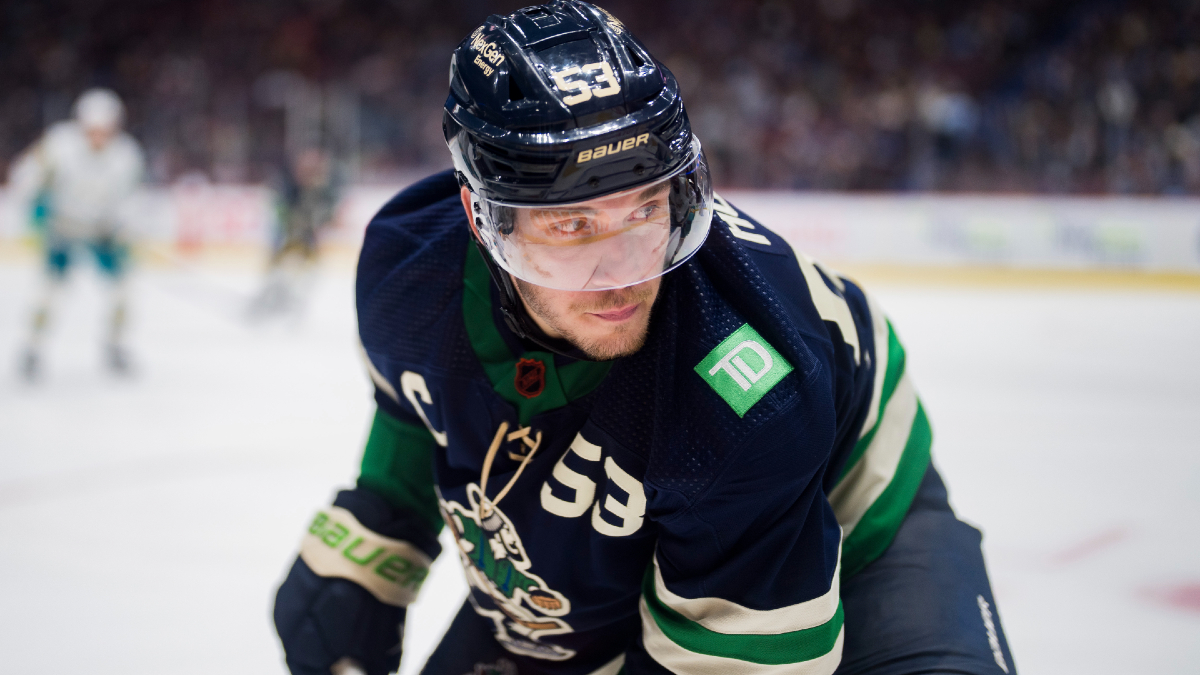 The NHL trade deadline is still about two months away, but it can’t hurt to start looking at potential options for the NHL-leading Bruins.

The March 3 deadline will be here before we know it, and by then, Boston might already be locked into a playoff spot. The Bruins have exceeded even the most optimistic expectations under first-year head coach Jim Montgomery, and if this really is one last kick at the can, the opening boots look sent out of a rocket launcher.

As it stands right now, for the 2022-23 season, the Bruins don’t have many holes that need addressing. As is the case with a team that is 32-4-4 as it hits the halfway mark Thursday night. But an injury can change the calculus in a heartbeat, and just assuming the Black and Gold machine will keep humming along all the way through June without any speedbumps is foolish.

Undoubtedly, the Bruins have an idea of what they might want to do around the deadline, and if they really want to make a splash, general manager Don Sweeney should have the Vancouver Canucks on speed dial. Canucks center Bo Horvat is considered by many the best player potentially available at the deadline, and connected insiders have already paired Boston with the dynamite 27-year-old.

“With Patrice Bergeron, David Krejci, Pavel Zacha and Tomas Nosek all on expiring contracts this season, Boston could be the ideal landing spot for Bo Horvat,” veteran NHL insider Frank Seravalli wrote last week for Daily Faceoff, labeling the Bruins’ biggest area of need as center. “He would not only make Boston?s Top 9 forward group one of the most formidable heading into the playoffs, but his addition also might help entice David Pastrnak to extend seeing that the window to win won?t be completely shut whenever Bergeron decides to hang up his skates.”

In breaking down the potential Horvat market, Seravalli listed the Bruins as a potential fit, calling him the “perfect short- and long-term option to boost Boston.”

Luckily for the Canucks, Horvat is in the midst of a fantastic year. His 29 goals through 39 games are already just two shy of his career-high, putting him on pace for a 50-spot. He’s a consistent 20-goal scorer, but it’s going to be important for the Bruins — or any other potential suitor — to determine whether this massive spike is a blip on the radar or what Horvat is now. A 24.4% shooting percentage — 11 points better than his career mark to begin the season — seems to suggest it’s not overly sustainable, but it also shouldn’t end the discussion, either.