Owning A $150 Million NASCAR Team, Michael Jordan Once Expressed His Love For Richard Petty As A Child 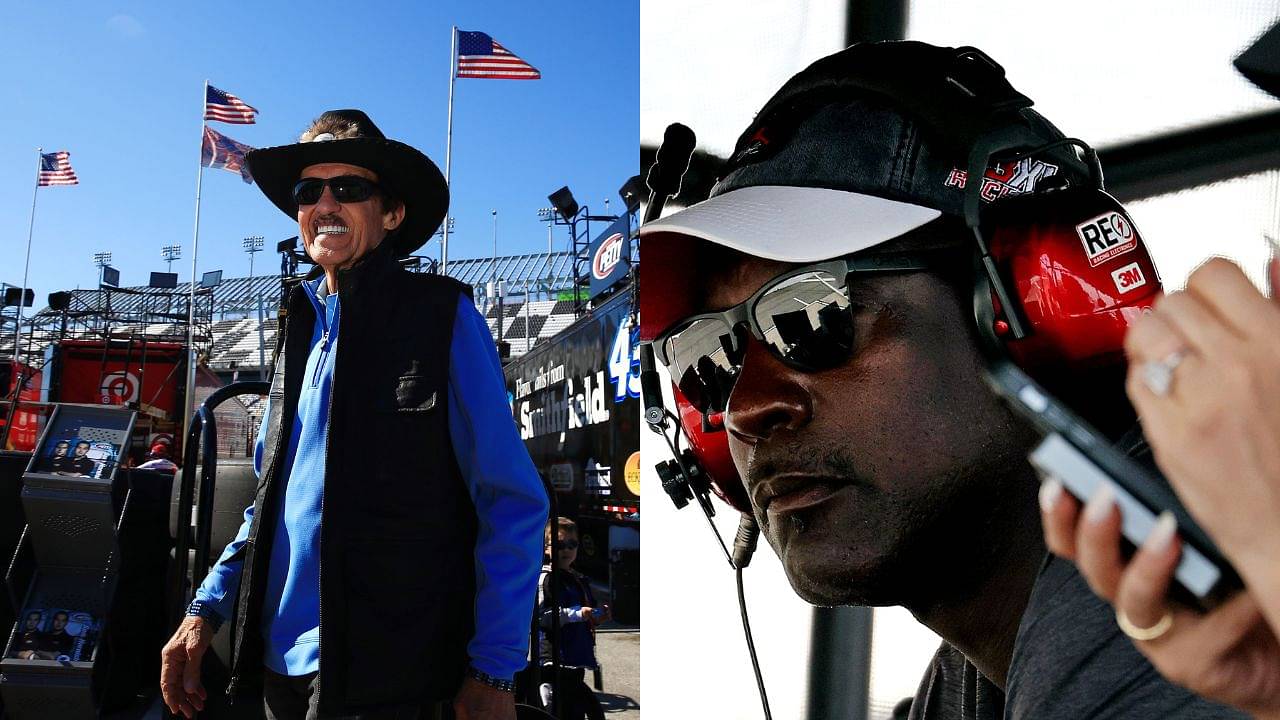 Michael Jordan retired at the age of 40 as the greatest player in the history of the NBA. His accomplishments speak for themselves and his time in the league from 1984-98 was quite nearly the most picture-perfect 14 year run by any player in terms of what a ‘storybook start and finish’ looks like.

However, even while being atop the basketball realm, Jordan expressed a great deal of interest in a variety of other sports. He got hooked onto golf quite early on in his basketball career. So much so that he would bet hundreds of thousands of dollars on each hole just because he had both the confidence and the money to do so.

He would obsess over table tennis for a couple of weeks after losing in a friendly game to Christian Laettner during the 1992 Summer Olympics. Along with this, he’s also been getting into the nitty-gritty of competitive fishing as of recent as well. However, one sport that he’s truly loved since he was a child was racing.

Also read: Retired For 3 Years, 38 Y/o Michael Jordan Drank Cocktails, Smoked, And Then Dropped 51 After A Defender Whined About His Back

Michael Jordan on who he looked up to as a child

As the ‘GOAT’ of basketball, you would expect him to have been enamored by a basketball player during his youth. In all fairness, he was. Though, when asked about who he watched keenly in his childhood, Jordan disregarded basketball entirely and said that he was a fan of Richard Petty.

“I also grew up a NASCAR fan, a Richard Petty fan. I was more into stock-racing than I was into anything else,” said MJ during his 2017 sequel interview with Cigar Aficionado.

Prior to this however, he did go on to say that because his father a big fan of baseball, he also grew up being a fan of Roberto Clemento. It was actually his father’s love for baseball that drove him into giving it a shot with the Birmingham Barons in 1993 after his James Jordan’s tragic passing.

Given the fact that Jordan grew up a racing fan, it’s no surprise that he eventually went out and bought his own NASCAR team worth $150 million. 23XI Racing is his team’s name and he purchased the team along with a man he befriended not too long ago named Denny Hamlin.

Their two drivers are no. 23, Bubba Wallace, and no.45, Tyler Reddick. Both of these numbers are numbers Jordan wore in his career with the Chicago Bulls. Their sponsors are quite the heavy-hitters too with companies like McDonald’s, Wheaties, Dr. Pepper, and Draft Kings backing them up.