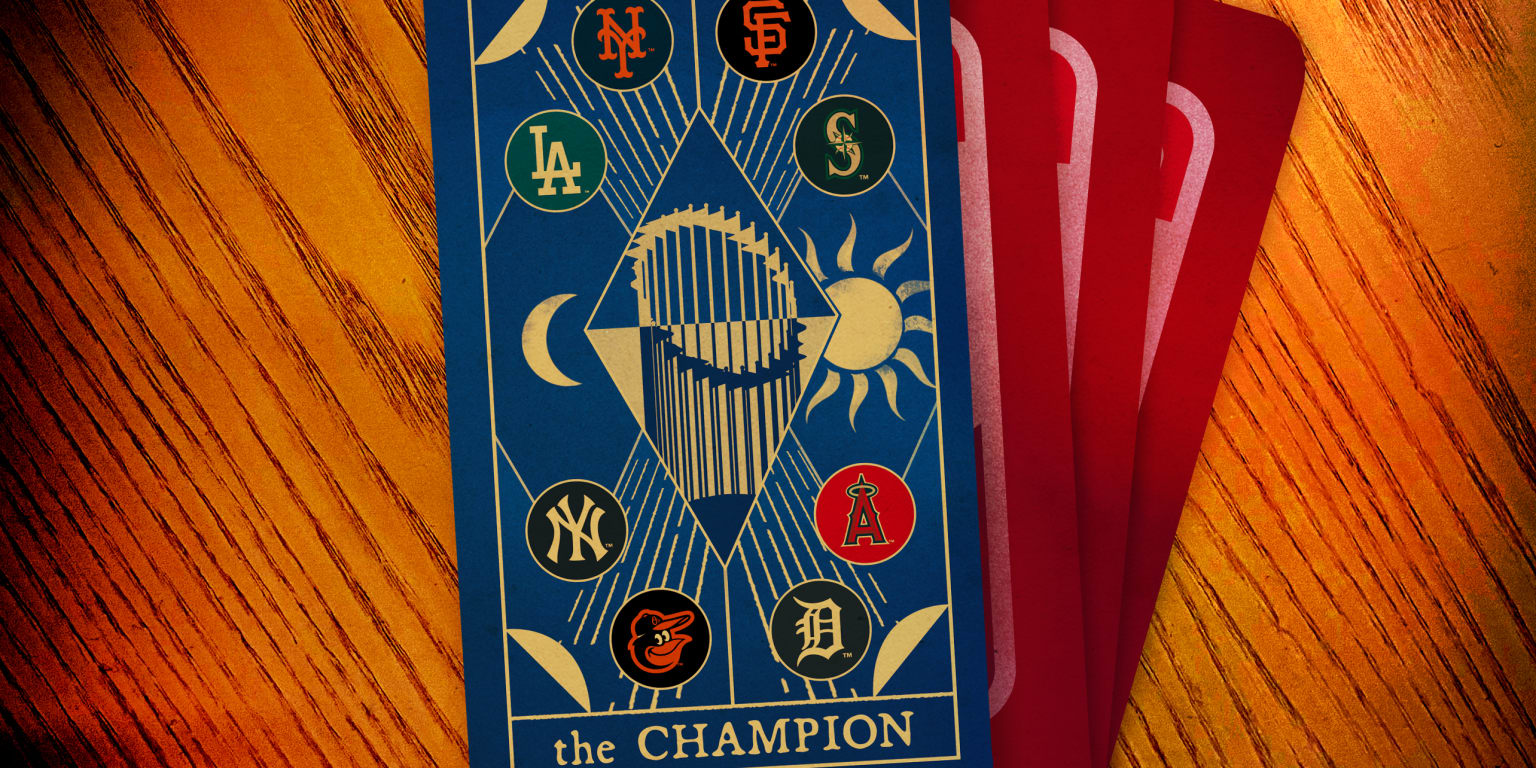 Off the top of your head, see if you can name the teams that won the World Series every year of the last 10 seasons, in order. You ready? No peeking. The answers are, of course:

If you thought that was hard, today I’m going to try something even more difficult: I’m going to guess the next 10 World Series winners. It is worth noting that I did this exercise two years ago and absolutely did not get either of the last two years right.

OK, let’s give it a shot. If I do not get 2032 correct, please do not come back in 10 years to mock me for it. I will be old and feeble and not up for all the fuss and tussle.

2023: Dodgers over Blue Jays
It would be incredibly fitting if the Dodgers, after falling short with two absolutely titanic teams, won a World Series after an offseason in which they were widely criticized for not making enough major moves. Even stripped down from last year — and it’s kind of hilarious to use that term when you’re referring to this fantastic Dodgers team — Los Angeles is still arguably the class of the National League, and, you know, the whole point of having a great team every year is that, one of these days, you’re going to get hot in the playoffs and win the whole thing. (Which of course happened in 2020 for the Dodgers.) As for the American League, the Blue Jays were good in 2022 but still felt like they underperformed. Here’s betting on a season this time where everything lands exactly right. (Get on the Vlad Jr. MVP train while you can, folks.)

2024: Mets over Orioles
This would be a blast of a Fall Classic — and might destroy parts of the Eastern Seaboard — that would be a rematch of the 1969 World Series (65 years later) and a matchup of quite possibly the oldest team in baseball and the youngest. I wouldn’t be that shocked if the Mets take a step back in 2023 — that rotation is, uh, not young — which would be exactly the thing that makes everybody look past them in 2024. You can see how the Orioles might regress in 2023 as well before it all comes to fruition in 2024 with a team that very well could be a sensation from start to finish.

2025: Giants over Yankees
You know who I think will be playing for the Giants in 2025? That’s right: It’s Juan Soto time. It may take a couple of years, but the Giants will finally get their superstar once Soto’s contract expires, and the smart, savvy moves this organization is now known for will finally put together the full team it’s been trying to build for a couple of years now. After a couple of frustrating years of falling just short with the Padres, Soto leads the resurgent Giants all the way. They beat the Yankees — a surprise entrant that finished 84-78 in the regular season but got hot in the playoffs — in the World Series, despite Aaron Judge missing the end of the season with injuries for the third consecutive season.

2026: Mariners over Cardinals
Julio Rodríguez will be 25 years old during this World Series, which is absurd — and a reminder of just how much goodness this guy is going to be giving us over the next two decades. He’ll be one of two MVP winners in this Series: The other will be Cardinals outfielder Jordan Walker, who will be 24 and will have won St. Louis’ first home run title since Albert Pujols in 2010. The sound T-Mobile Park makes when Rodríguez catches the final out to clinch the franchise’s first title will be indescribable.

2027: Yankees over Cubs
A century after putting together perhaps the greatest baseball team of all time in their Murderers’ Row, the Yankees, after missing the playoffs the previous season and making fans claw their eyeballs out, stun the world by winning their 28th championship. Anthony Volpe is the World Series MVP, though it’s the homer by recent free-agent signee Vladimir Guerrero Jr. at Wrigley Field that seals the series over a plucky Cubs team.

2028: Orioles over Dodgers
Yes, yes, I’m one of those long-term Orioles believers. If you want to excuse their lack of spending this year as a way of making sure nobody stands in the way of their future prospects — and I kinda, sorta, want to do that — then 2027 would be about the time it would really pay off. Adley Rutschman will turn 30 in 2027, for what it’s worth. As for the Dodgers, well, let’s not forget that they have a trove of prospects who will be maturing around this time, and I love the idea of them having Shohei Ohtani as well. He’ll only be 34, and whether he’ll be pitching, hitting or doing both, he’ll be doing it better than just about everyone else on Earth. But the story here is Baltimore. You’ve earned this, Orioles fans.

2029: Tigers over Braves
So here’s something fun: The Tigers, who are too motivated of a franchise, with too desperate of a fan base, to stay down for too long, announce the big free-agent signing of … Ronald Acuña Jr. before the 2029 season. (That’s how long he’s currently signed with Atlanta.) He has a Miguel Cabrera’s-first-year-in-Detroit MVP-type season, but lo and behold, he ends up facing the Braves in the World Series. (The Braves in this scenario, by the way, have made the postseason every season since 2018 but haven’t made the World Series since winning in 2021 … it’s just sort of their lot in life.) Acuña is a monster in the Series, and he ends up sharing series MVP honors with Spencer Torkelson. And wearing a Tigers hat becomes the coolest it has been since Magnum P.I. (Look it up, kids!)

2030: Angels over Phillies
Well, we definitely know three of the players who will be playing in this World Series. The Phillies will have Bryce Harper and Trea Turner, and the Angels will still be trotting out Mike Trout, who will be in the final year of his contract at the age of 39. So then it would be fitting that this is the season that one of the all-time greats finally gets his championship ring — against Harper, the 2012 NL Rookie of the Year to Trout’s AL ROY, and the player he was so often compared to.

2031: Red Sox over Brewers
This will be far enough in the future that Red Sox fans will actually have a justification to feel semi-tortured and deprived by then! (Meanwhile, Brewers fans, who have as good a case as the most frustrated fanbase in baseball as anyone, will roll their eyes at them.)

2032: Guardians over Reds
I don’t know who will be on these two teams in 2032, and neither do you. So if we’re just going to be making wild guesses, let’s make a wild guess that will involve the longest World Series title drought finally ending. If Cleveland does win it all in 2032, it will have been 84 years since its last crown (1948). When the Red Sox went 86 years between titles, it was considered a very big deal.