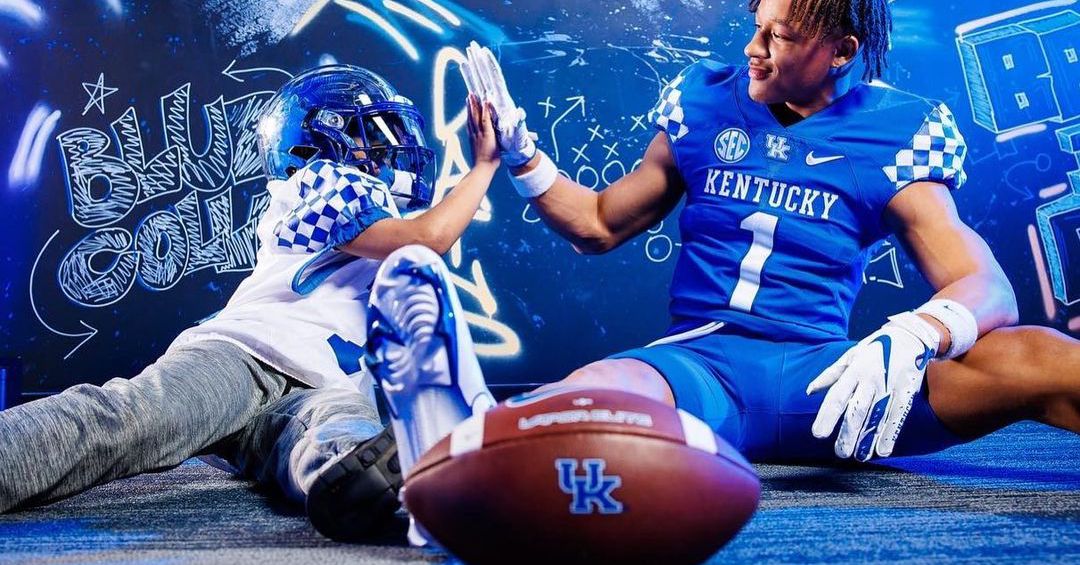 The Kentucky Wildcats are trying to add the finishing pieces to their 2023 recruiting class before National Signing Day in February.

One player already signed for the Cats next season is three-star wide receiver Anthony Brown.

Brown committed to Kentucky early in the process after seeing what Kentucky did on the field during the one season Liam Coen was in Lexington. But after the struggles this past season, Brown took some visits and according to his his high school coach, Maurice Douglass, the reigning national champs were in pursuit of landing the talented wideout.

In a conversation with Larry Vaught with YourSportsEdge.com, Douglass mentioned that after a visit for the Georgia vs. Florida game, it was the one time Brown had some doubt about Kentucky.

“That weekend might have been the only time he had serious doubts about Kentucky.”

But the news of Coen returning to Kentucky absolutely plays a big role in keeping Brown in the mix.

“That Georgia-Florida week was his only week with any doubt. They were No. 1 in the nation and were telling him where he would fit in their offensive scheme. But he’s a loyal guy, almost loyal to a fault. However, once he knew Coach (Coen) was coming back everything was fine.”

That’s some huge news in the recruiting world, especially after how dominant the Georgia Bulldogs have been these last two seasons.