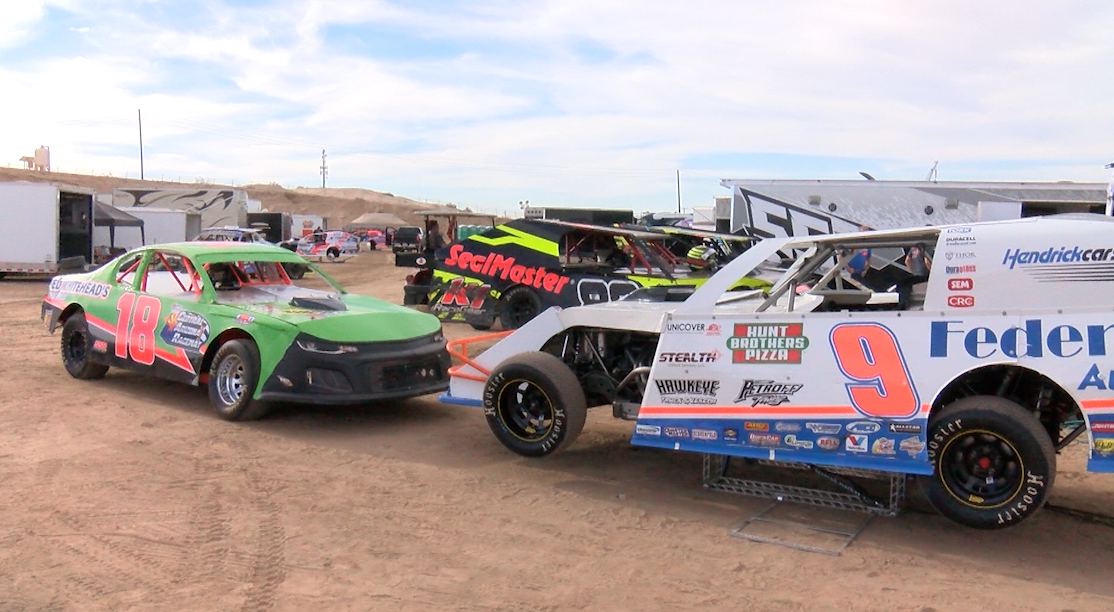 Among the drivers are some big names from NASCAR and the truck series.

All are in town for the Winter Nationals at Cocopah Speedway.

Heats start up Thursday at 3 p.m., and races will run all the way through Saturday.

Some of the big names include Bobby Labonte, Ken Schrader, Matt Crafton, and Kenny Wallace.

“To drop into someone’s backyard, and go race with them, that’s what makes it so much fun,” Schrader said.

“This is like the PGA tour for seniors, but we can still run on dirt against these really young guys and we really enjoy it,” Wallace said.

One of those young guys is Andrea McCain.

Who drove all the way from Minnesota to race here, saying the opportunity to race against the best was too good to pass up.

“I go to Iowa and race to race with the big boys, and they’re all here so it’s pretty cool,” McCain said.

“Years and years I’ll keep coming back, the facility is great the turnout has been awesome, and the track is really racey from top to bottom,” Crafton said.

The man who brought them all together is Brad Whitfield, who’s ready for the next three busy days of racing.

“It’s a lot of action all over the track,” Whitfield said.

Tickets can be purchased at the main gate on the day of each race.