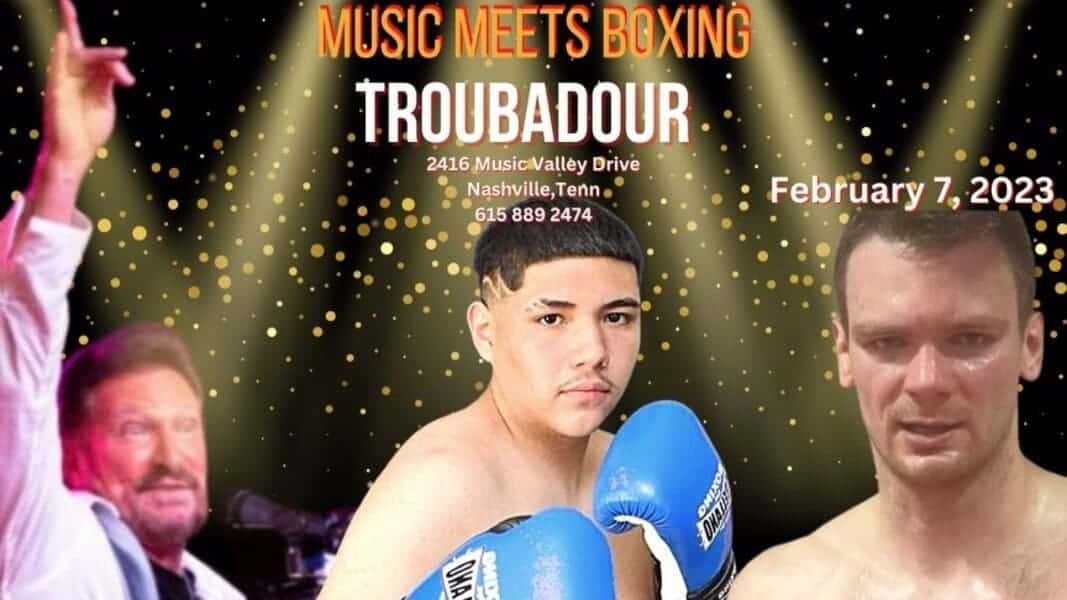 Country Box is a monthly live professional boxing series and music festival that will be held on the first Tuesday of the month at the Troubadour Theater, starting on February 07, 2023.

The first episode of Country Box is wittingly entitled Return of Genesis as it is the reincarnation of the popular Tuesday Night Fights series.

Nashville’s reputation as the home of Country Music and emergence as a top-flight sports city is the primary reason why it was selected as the site for Country Box.

Given how the city has rallied behind all three of its professional sports teams, it is reasonable to expect Nashville would rally behind the boxing series as well. With this in mind, and the organizers’ ties to the city, it is only natural to put Country Box here.

The initial reaction to Country Box has been unfettered enthusiasm. Both the concept and the promoters have been welcomed wholeheartedly.

This is not surprising when one considers the factors the demographics, population, viewership, politics and policies and generations.

The Nashville metropolitan area has 1.3 million people, and the population has grown by two percent each in the past two years. Many of these people are northern transplants coming from cities where boxing is popular.

There are also plenty of young people coming to the city nicknamed the Athens of the South looking to attend universities such as Tennessee State University, Fisk University and Vanderbilt University. If boxing wants to appeal to more young fans, there is no better place for Boxing and Country Box than Nashville.

Not to mention, Nashville was the host to one of the most successful boxing series in history, Tuesday Night Fights, a series that did 47 weekly shows at its zenith in 1997 in Nashville.

Tuesday Night Fights was the brainchild of Nashville resident Jimmy Adams and was held in front of a packed house at the now closed Music City Mic Factory. Jimmy Adams and Ashley Adams (Jimmy Adams Media) are Co-Founders and Co-Promoters of the new Series. Official Event Promoter, Lion Heart Boxing Productions, Ltd, is the other founder of the series.

It boasts a large dance floor, a stage large enough for 7+ piece bands with lots of space to give this an epic feel. Awesome shows such as Nashville King and routine audience interaction make it feel like old Nashville.

Says official series promoter Ed Mendy, “Don’t let the outside fool you. It’s in a strip mall which at first made it look a little dicey to me but the troubadour theater is a class act all around.

“It is not only close to the Grand Ole Opry; it’s neatly decorated and well appointed inside. It’s a cosy venue with only 500 seats but one cannot find a more and perfect set up for club boxing. There’s not a bad seat in the house and we expect Country Box to be the scarcest ticket in boxing.”

Nashville is a popular tourist destination, thanks in part to its music and the iconic Downtown District with its hotels and music entertainment venues.

Country will help with the city’s continued branding and tourism as it will be streamed live as a pay per view, televised in over 100 million USA homes using regional cable, and syndicated worldwide as feasible. As Nashville continues to grow into a burgeoning music and sporting metropolis, Country Box expects to grow with it.