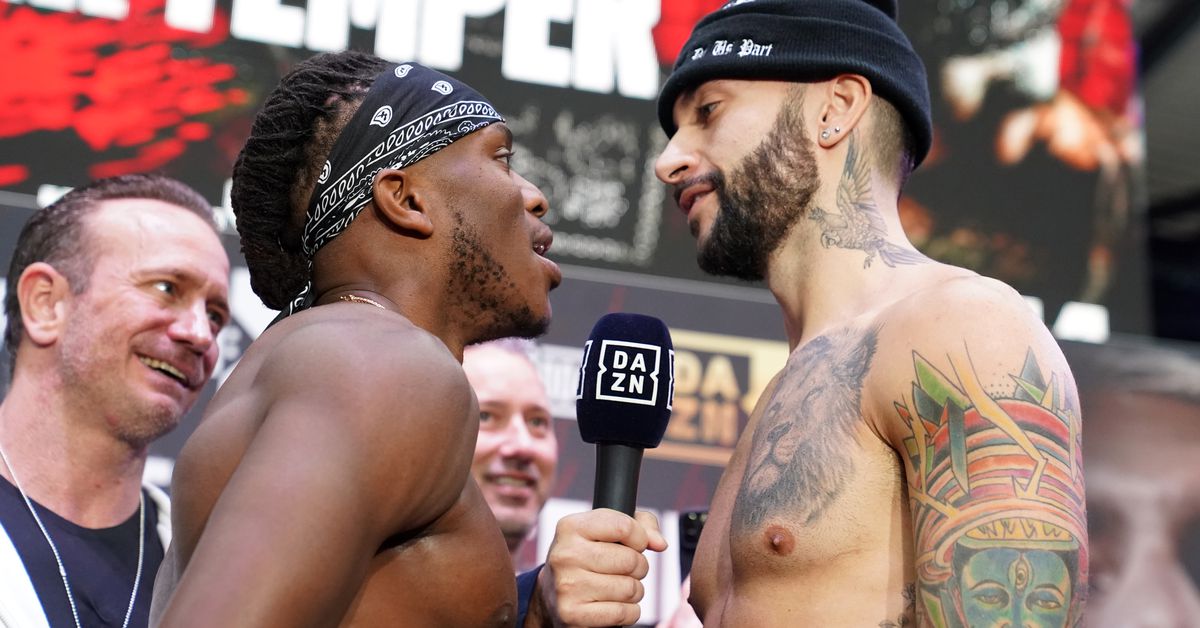 The worlds of social media, gaming and reality TV are set to collide in the boxing ring today with various characters looking to increase their followings and make a buck through their perversion of the sweet science.

If you like any of these folks, or are just morbidly fascinated by the cult of celebrity, here’s your place to see them swing sloppy punches at each other until they gas out.

Tonight’s fare is MF & DAZN: X-Series 004 which is headlined by the wildly popular KSI (owner of Misfit Boxing). He’s taking on FaZe Temperr (a pro gamer). He was supposed to be fighting Dillion Danis, but Danis pulled out last week.

KSI is arguably responsible for this current trend of celebrity boxing. He got the ball rolling on all this just before the pandemic when he fought Logan Paul in a white collar boxing event. Those two ran it back under pro rules in DAZN, fighting to a draw.

Now we have KSI and the Paul brothers drawing more traffic than most UFC fight night cards. What a world.