Mateo Fernandez de Oliveira Leads LAAC With One Round To Play 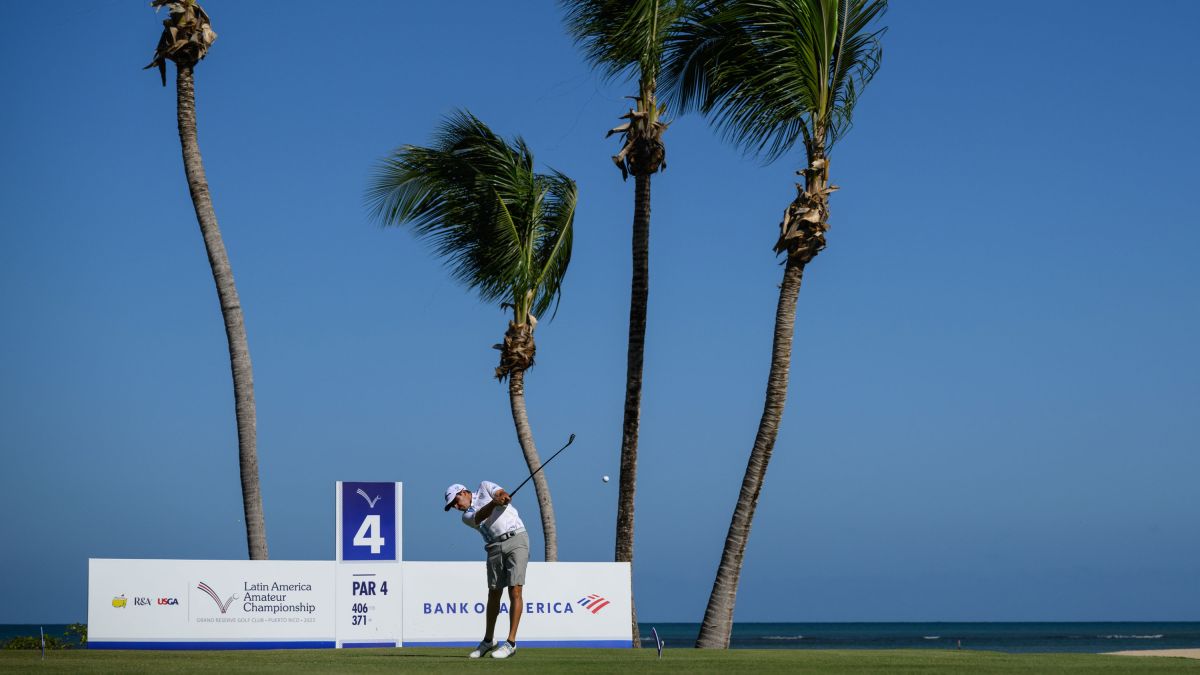 Mateo Fernandez de Oliveira delivered an exceptional golfing performance in the third round of the Latin America Amateur Championship (LAAC) at Grand Reserve Golf Club in Puerto Rico. The senior at the University of Arkansas carded a brilliant 63 to reach 18-under-par, four ahead of Mexico’s Luis Carrera. Fernandez de Oliveira’s three-round score is a tournament record and his 63 matches the lowest score in the history of the LAAC – Joaquin Niemann fired a 63 to win in Santiago in 2018.

Oliveira went to the turn in three-under-par 33 and then put his pedal to the metal on the back nine. A great approach to the par-5 11th set up a birdie, he then drove the green on the par-4 12th and two putted for a three, three further birdies followed at the 13th, 14th and 15th holes for five in a row. He made a good par-save on the 16th after hitting a tree with his second shot, saved par on the par-3 17th and then closed with another birdie to come home in 30.

Oliveira was runner-up in the LAAC last year at Casa de Campo and he’ll be hoping to follow Joaquin Niemann and Alvaro Ortiz who both won the event the year after finishing in second place.

Overnight leader Luis Carrera of Mexico continued to play solidly, posting a third round 68. He’s four back with a round to play.

21-year-old Vicente Marzilio of Argentina posted a superb round of 66 to reach 13-under-par, he’s tied for third place with Peru’s Julian Perico.

On a day of great scoring at Grand Reserve GC, there were a number of excellent rounds posted. Colombia’s Juan Velasquez made six birdies and an eagle on his way to a 65 and a three-round total of six-under. Mexico’s Jose Islas shot a 67 and he sits on eight-under-par.

With a round to play, the incredible prizes on offer in the LAAC are looming large.

The LAAC champion will receive an invitation to compete in the 2023 Masters at Augusta National Golf Club and will automatically qualify for The 151st Open at Royal Liverpool. For the first time, the winner will also earn a spot in the US Open, held this year at Los Angeles Country Club.

Runner(s)-up will be exempt into the final stages of qualifying for The 151st Open and the 123rd U.S. Open Championship.

Previous champions of the LAAC include Joaquin Niemann of Chile and Mexico’s Alvaro Ortiz.