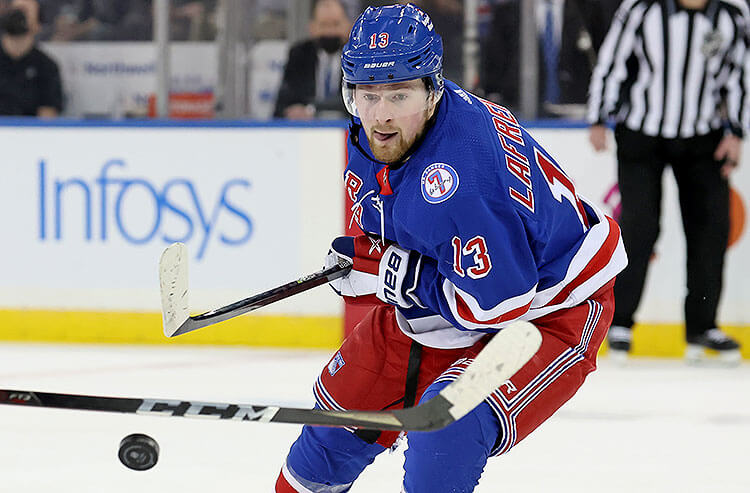 New York looks to keep their momentum going following their latest thrilling win again Dallas. Read more to see why Montreal poses little to no threat on Sunday in our Canadiens vs. Rangers betting picks.

This season has been a massive struggle for the Montreal Canadiens, and now they will be taking on the New York Rangers for the second time in 10 days. The Rangers went into Montreal on January 5 and beat them by the score of 4-1, completely dominating them for 60 minutes.

The Rangers are coming off one of their most exciting wins of the season, and they are hoping to carry that momentum into this game against Montreal.

Find out more in our free NHL picks and predictions for Canadiens vs. Rangers on January 15.

Canadiens vs Rangers picks and predictions

The key to this game for the Rangers is going to be all about how they start. They have been guilty of playing down to their level, and in this game, they won’t want to let Montreal hang around.

The Rangers are facing a little bit of a sickness bug right now and might be without stars Chris Kreider and Artemi Panarin, but this will allow some of the younger guys to step up. The Canadiens have a lot of players missing from their lineup as well, so this might not be the most exciting game.

Looking to do some NHL betting? Here are two of the best bonuses* available:

The Rangers have been playing some incredible hockey lately, going 6-2-2 in their last 10 games. What’s most impressive is how strong New York has been defensively, as it’s allowed only 12 goals in its last five matches.

The Canadiens haven’t been a very good offensive team this season, averaging 2.60 goals per game while also having the third-worst power play in the league (16.0%). Over their last 10 games, the Habs have only come out on the winning end twice.

Montreal will also be playing the second game of a back-to-back, so their legs won’t be very fresh. This is certainly the Rangers’ game to lose.

There are so many skilled players that will most likely be missing from this game, so I don’t expect it to be very high scoring. The Under has hit in three out of the last four meetings between these two teams, and I have a feeling that this trend will continue.

The Rangers’ offense hasn’t been producing as much lately. New York hasn’t scored a power-play goal in their last three games, and it’s only converted once in its last 12 attempts.

The Canadiens’ offense is very unreliable, and they couldn’t generate much in the last meeting against the Rangers. It’s also going to be a very quick turnaround for them, having played two games in less than 24 hours.

The goaltending matchup might not be the strongest, but I still think this contest will be low scoring. Give me the Under on Sunday.

Montreal is 1-4 against New York over the last five meetings. Find more NHL betting trends for Canadiens vs Rangers.

Pages related to this topic