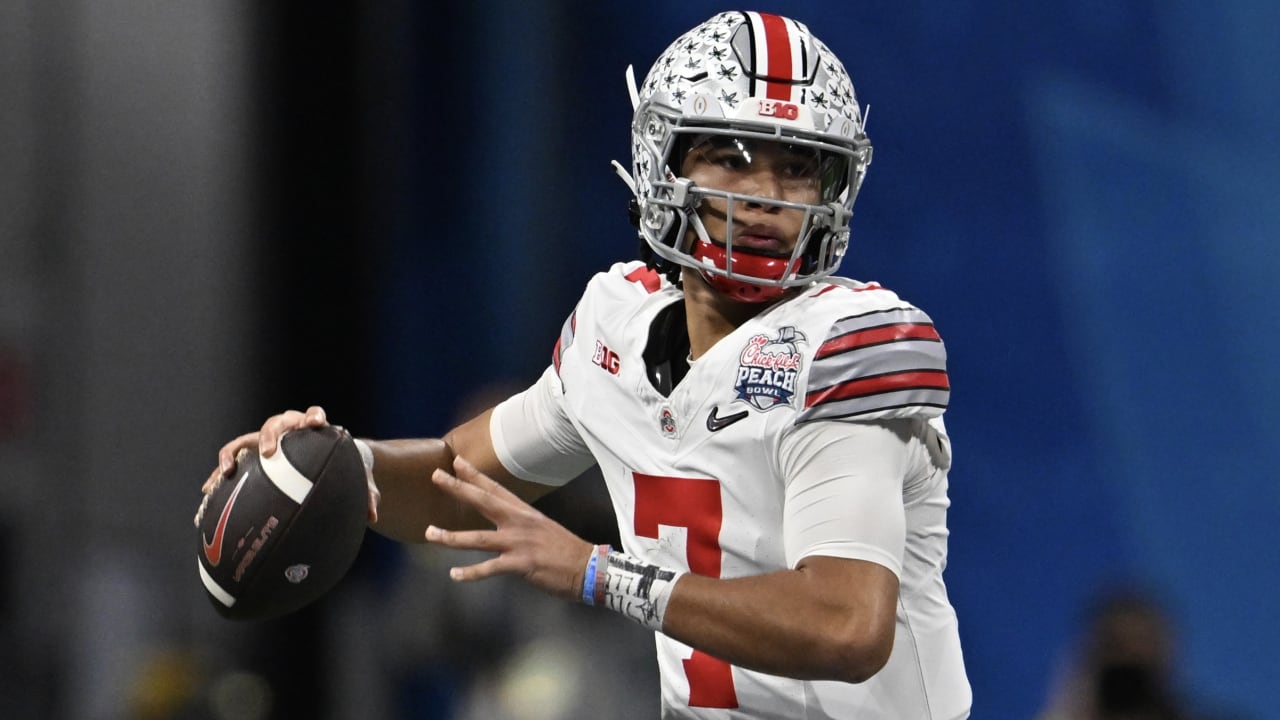 Stroud took over as the Buckeyes’ starting QB to open the 2021 season, throwing for 4,435 yards and 44 TDs and leading the team to a Rose Bowl win over Utah. Then in 2022, with star receiver Jaxon Smith-Njigba missing most of the season, Stroud’s numbers weren’t quite as prolific. However, WR Marvin Harrison Jr. stepped into Smith-Njigba’s lead role, and Stroud finished the season with 3,688 pass yards, 41 TDs and six interceptions.

The 6-foot-3, 218-pound (school measurements) Stroud finished in the top five of the Heisman Trophy balloting twice — fourth in 2021 and third in 2022. He’s long been considered one of the top quarterback prospects in the nation. The former Buckeye will be competing against the likes of Alabama’s Bryce Young and Kentucky’s Will Levis, among others, for the QB1 title in the 2023 draft.

Stroud has operated at his best most often when plays are within structure. He appeared to resist running when things broke down, something Ohio State fans clamored for all last season. Stroud finally showed that dimension of his game against Georgia, nearly pulling off the upset against the eventual champs.

Ohio State has produced two first-round quarterbacks in recent years: Justin Fields, who was drafted 11th overall by the Bears in 2021, and the late Dwayne Haskins, who went 15th to Washington in 2019.