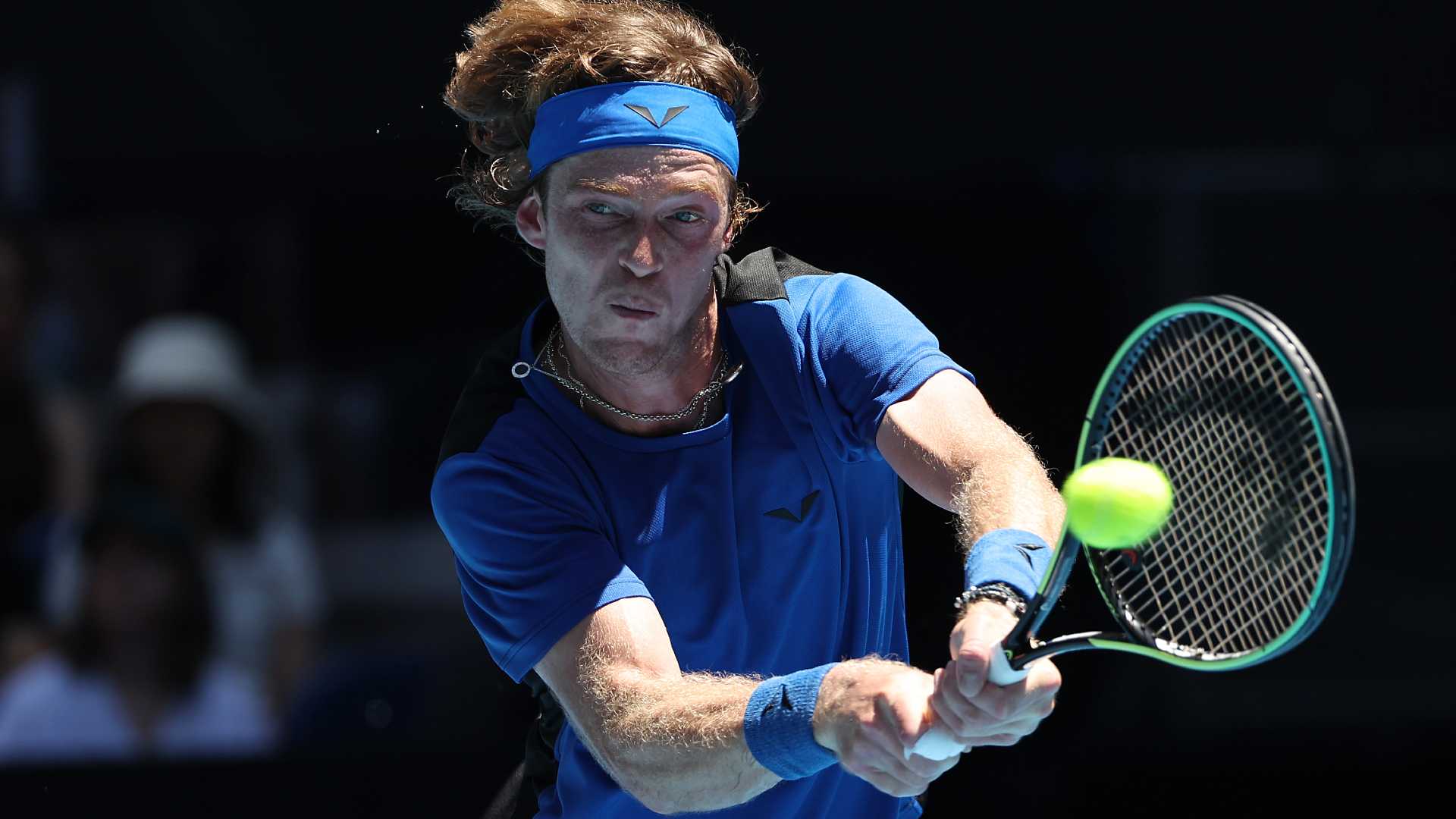 Andrey Rublev won his fifth straight ATP Head2Head meeting with Dominic Thiem as he expertly navigated a challenging opening-round draw on Tuesday at the Australian Open. In a 6-3, 6-4, 6-2 win, the fifth seed followed a familiar game plan as he controlled the match with his booming forehand and serve.

Thiem competed well in his first Australian Open since 2021, but was undone by late breaks in each of the first two sets. Rublev, who saved the only two break points he faced in the second set, left no doubt in the final set, which he dominated from the start.

“When you see that you have to play against Dominic, it’s never easy,” Rublev said of the marquee matchup. “Plus we are really good friends. I know that he’s going through a not easy time, so I just want to wish him all the best, to wish him to come back on the same level that he belongs as fast as possible.”

With brutally hot conditions in John Cain Arena, Rublev was especially pleased to finish the match in an efficient two hours, 10 minutes.

“It’s super hot today so I’m really happy that I was able to win in straight sets to save some energy for the next match,” he said after firing 33 winners in the victory.

Rublev awaits either Emil Ruusuvuori or Australian qualfiier Max Purcell in the second round. A six-time Grand Slam quarter-finalist, Rublev is bidding to advance beyond that stage for the first time in his 17th major.

Thiem, who reached the Australian Open final in 2020, entered this year’s event as a wild card as he continues his comeback from wrist surgery in 2021. He is now on a seven-match losing streak against Top 10 players, with his most recent such win coming at the 2020 Nitto ATP Finals.

Also in early Tuesday action, 27th seed Grigor Dimitrov opened his Melbourne campaign with a 7-6(3), 7-5, 6-2 win against Aslan Karatsev. In this matchup of former Australian Open semi-finalists — Dimitrov in 2017, Karatsev in 2021 — the Bulgarian fired 15 aces and saved the only break point he faced.

Dimitrov awaits the winner of the matchup between Laslo Djere and qualifier Zizou Bergs.