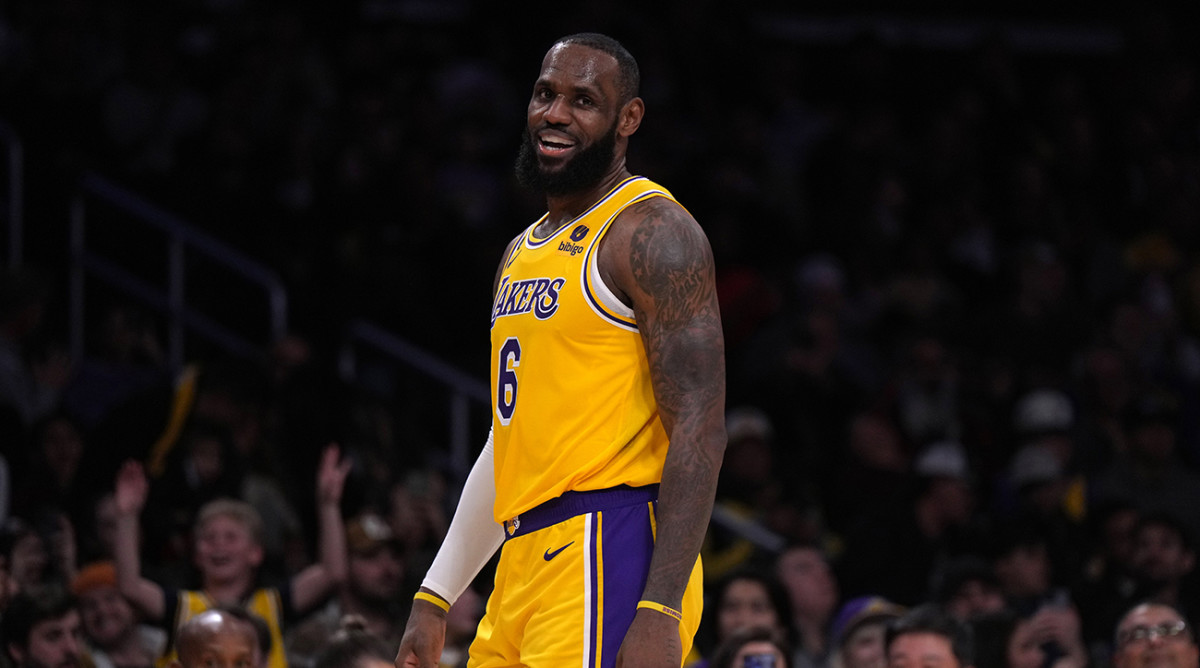 LeBron James has been playing in the NBA for almost 20 years. When you play that long, there are going to be moments that might make you feel a little on the older side, and cameras and mics caught that perfect exchange Monday night.

As the Lakers played the Rockets, rookie Jabari Smith Jr. was seen walking up to James to let him know that he played against his father back when James was a rookie in 2003.

James, stunned, simply responded with, “Why you do that to me?”

Smith, making fun of the all-time great, said, “You feel old, don’t you?”

James’s first-ever NBA game was in fact against the Kings on Oct. 29, 2003 where the future four-time champion made his debut as the Cavaliers’ No. 1 pick. James would go on to score 25 points in the loss while Jabari Smith Sr., who was 26 at the time, didn’t log any minutes of action.

“It made me feel extremely old when Junior told me that,” James said after the 140–132 win, per ESPN. “I think he even said it like, ‘You probably feel old.’”

James, 38, scored 48 points against Houston and Smith thinks he may have rifled some feathers.

“He was kind of mad because he said I made him feel old,” Smith said. “I knew I was going to tell him that; just something my dad had told me. I didn’t really know. That’s just a great stat.”