Robertson having All-Star season with Stars thanks to video sessions 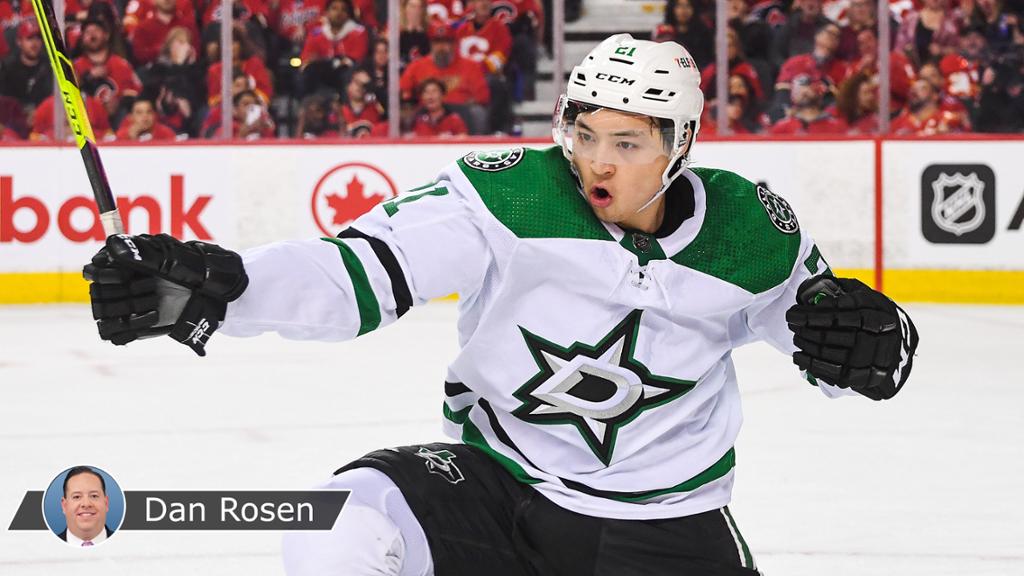 He was reaching for pucks, not moving his feet, and playing with fear instead of on instinct.

Robertson felt it and knew it. Tom Mannino, his personal skills coach based in Detroit, saw it.

“I knew we had to infuse some confidence in him,” Mannino said.

So, before a three-game series against the Florida Panthers that started on Feb. 22, 2021, they got on a FaceTime call and went over all of Robertson’s shifts from his previous games, dissecting each one, breaking down what worked and what didn’t, trends, and ways he might be able to be better when he steps on the ice for the next game.

The process worked, and it organically became a pregame routine for Robertson, the same as taping his sticks and lacing up his skates. The pregame video sessions with Mannino are part of the bigger process that in less than two years has led Robertson to NHL stardom.

He was selected to represent the Dallas Stars in the 2023 Honda NHL All-Star Game by NHL Hockey Operations.

“Obviously, getting here is hard, but staying is the hardest,” Robertson said. “But I think it’s just staying the same person, not changing anything, just being the same person now as I was two years ago. Staying the same player too. Not getting complacent. That’s something I have been thinking about. I have thought about how some people do that. You can’t.”

The 23-year-old is fifth in the NHL in points (60) and tied with Jack Hughes of the New Jersey Devils for sixth in goals (29) in 45 games. The Stars (26-12-7) are tied with the Winnipeg Jets for the most points in the Western Conference (59) entering their game against the San Jose Sharks on Wednesday (10 p.m. ET; TNT, SN NOW).

“You have that window where you’re going to be talked about and it’s about staying in that window,” Stars forward Tyler Seguin said. “What do you get better at? How do you keep it? I’ve experienced that, getting older and everything, but for him seeing him continuously get better is great. He’s a hockey nerd and he still has that youth in him where it’s fun, it’s nothing close to a job, just a dream. He’s got that and he’s thriving with it.”

Robertson and Mannino have known each other since the Stars forward was playing minor hockey in the Detroit area. They met in 2010 when Robertson was 11. Mannino also works with Robertson’s brother, Nick, a forward with the Toronto Maple Leafs.
Robertson has a video session with Mannino scheduled for Wednesday. Maybe he’ll nap, maybe he won’t, but around 3:30 p.m. in San Jose he’ll have a snack and get on a FaceTime call to go over all 22 of his shifts from a 4-0 win against the Vegas Golden Knights on Monday.

Then he’ll put on his suit and head to the arena.

The video session will take anywhere between 30-45 minutes. Mannino has a program on his iPad that allows him to see all of Robertson’s shifts. He pulls it up, shares his screen, and together they talk about each one.

“It’s reality,” Mannino said. “There’s a reason for everything that happens out there. We identify it, acknowledge it, learn from it and move on smarter and stronger and even more motivated for the next opponent.”

Mannino said his favorite part is at the end, when they talk about what can happen next.

“It’s a motivational conversation about tonight and what’s going to happen, what it’s going to look like in a few hours to really get that vision, to make it to a point that when you step on the ice it’s automatic,” Mannino said. “We look at the game through a lens of how can I challenge myself? OK, you played a great game, you had a couple points, a couple goals, a couple shots on net, the team had success, tons of positives, right? Now it’s only about the next game and how to raise the bar the next game. I really believe that video is so key to highlighting the positives to create an influx of confidence so when you step on the ice you’re just relying on what you’ve done for years. You can see the common threads, the consistency, like I go here, I do this, this is successful. It’s contagious.”

It has been for Robertson since he started these pregame video sessions.

Selected by the Stars in the second round (No. 39) of the 2017 NHL Draft, Robertson finished the 2020-21 season with 45 points (17 goals, 28 assists) in 51 games and was the runner-up to Minnesota Wild forward Kirill Kaprizov for the Calder Trophy as the NHL rookie of the year.

Robertson finished last season with 79 points, including a team-leading 41 goals, in 74 games.

This season, he’s the biggest star on the Stars, a role he once coveted and has now fully embraced.

Said Stars coach Peter DeBoer, “He’s got a real swagger to him. I don’t know how much of that was there or whether he’s developed that, but he has a real quiet confidence about his own game and his wanting to impact the game every night on the scoreboard.”

Robertson developed it through the work he puts in.

He’s an all-star, but the next FaceTime call with Mannino is coming, 30-45 minutes of the truth that keeps him on the level, endlessly motivated to be better.

“Kobe Bryant said, ‘All I have to do is see the net and I’ll do my job,’ ” Mannino said. “That’s a comment on working hard to get to the right areas and doing the right things, and when you get into those situations you do what you’ve done for years, which for Jason is putting the puck in the net.

“Jason is extremely focused, determined. He follows it up with action. And then he gets results.”