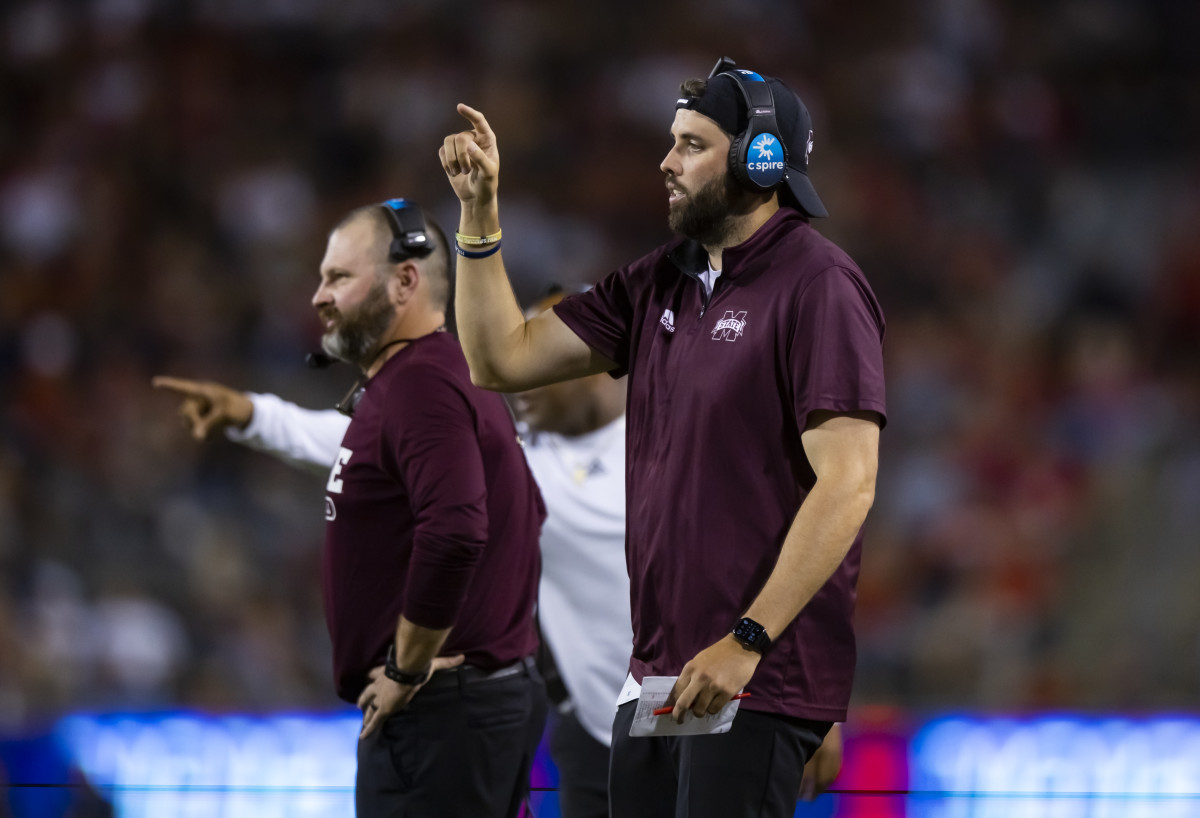 In a move that has been expected to be announced for some time now, Western Kentucky football officially named former Mississippi State inside wide receivers coach Drew Hollingshead its offensive coordinator Wednesday.

He’ll serve in the role under head coach Tyson Helton.

“I’m very excited to be here at WKU,” Hollingshead said in a statement from the university. “I’ve watched this program from afar with great admiration. I want to thank Coach Helton and the administration for this opportunity, and I’m ready to get to work.”

Hollingshead played quarterback at the University of Houston, Hollingshead served as an offensive assistant for late Mississippi State head coach Mike Leach for six years before being promoted to the team’s inside wide receivers coach for the 2022 season.

He was involved with several Air Raid quarterbacks like Luke Faulk (WSU), Gardner Minshew II (WSU), Anthony Gordon (WSU) and Will Rogers (MSU) — all of which have received much recognition for their accomplishments as pure passers.

WKU has finished the past two seasons with a quarterback leading the nation in passing yards between Bailey Zappe and Austin Reed.

Expect that trend to continue into 2023 with Hollingshead at the helm of the offense.