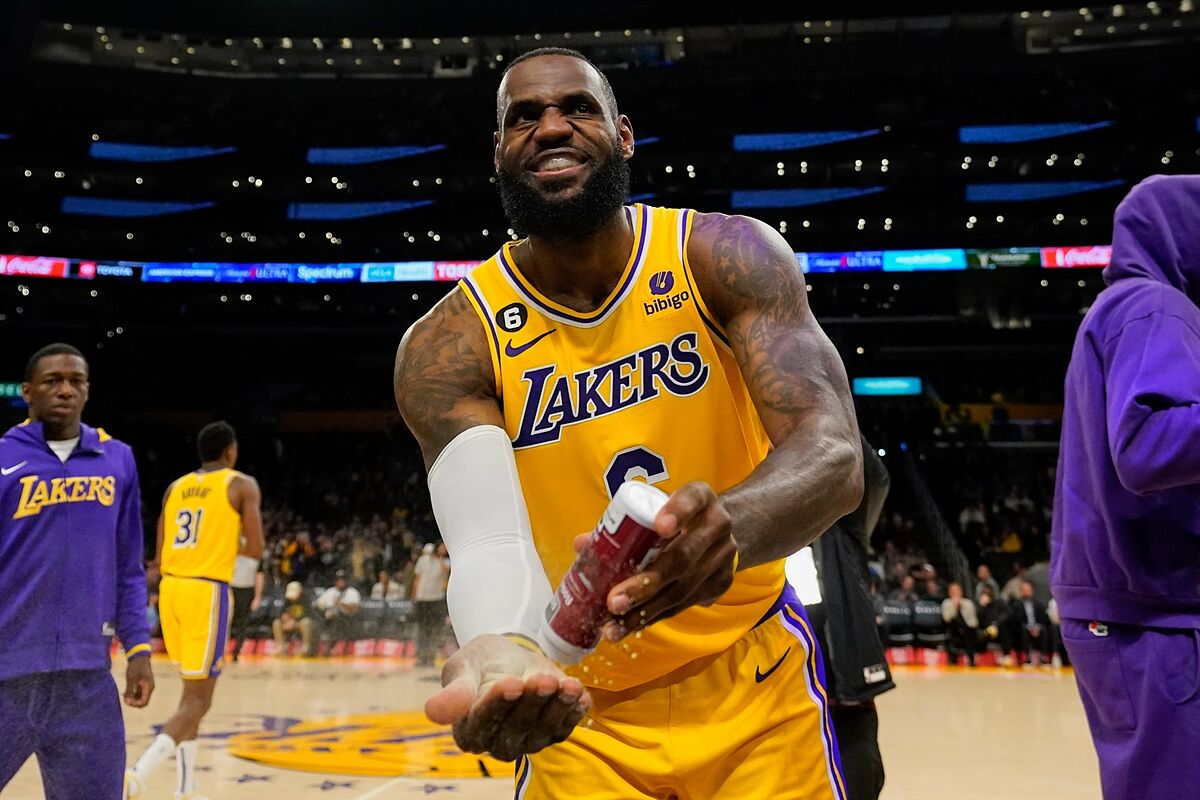 We can only imagine how LeBron James feels as he realizes he has wasted the last two season and he is not doing great during this one with the Lakers. Inconsistent results have been the norm in Los Angeles despite James playing some of the best basketball of his career. Last season alone, he averaged more than 30 PPG at the age of 37. Not many veteran NBA stars can say they had the stats LeBron keeps putting on a consistent basis. His frustration is palpable and he must want to do somethign about it before his time runs out. A fresh report from an unnamed NBA executive might have the answer to his problems.

According to Heavy Sports’ Sean Deveney, an NBA executive told him that LeBron James could go to the Golden Stte Warriors in a sensational trade. Within that deal, Golden State may include young players like James Wiseman, Jonathan Kuminga, Moses Moody, or Pat Baldwin. But the potential deal wouldn’t be only for these still young prospects, this NBA executive revealed there’s a catch in this potentil trade. If the Lakers agree to release their biggest star, the Warriors would have to sacrifice one of theirs who is still young. The only two names that come to mind and fit this profile are either Andrew Wiggins and Jordan Poole.

Here’s what the NBA executive said: “If there is a bidding war going on at some point, the Warriors are in a great position because they can give you the young guys – [James] Wiseman or [Jonathan] Kuminga or [Moses] Moody, or [Pat] Baldwin, whoever the Lakers want. But you have to add either Poole or [Andrew] Wiggins, and that’s not easy. But if they want to win now, you can give up Poole if you are getting back LeBron, right? If they keep Draymond [Green] and come back with Steph [Curry], Klay Thompson, Draymond and LeBron, that would be a fun, fun team to watch.”

Even though Stephen Curry has previously dismissed the possibility of playing with LeBron James, it’s unclear what he would say now that this wild report has come out. NBA executives don’t just say these things out of a whim. When these powerful people talk about potential trades, it’s because they do know something is going on. The potential LeBron James partnership with the Splash Brothers and Draymond Green should be more than enough reason for Warriors fans to get hyped AF. Don’t you agree? Whether this resport turns out to be true or not, it is clear that LeBron James is not having a great time at the Lakers right now.