CLOSE-IN: Women’s Cricket – A Rose By Any Other Name Would Smell As Sweet (IANS Column) On Cricketnmore 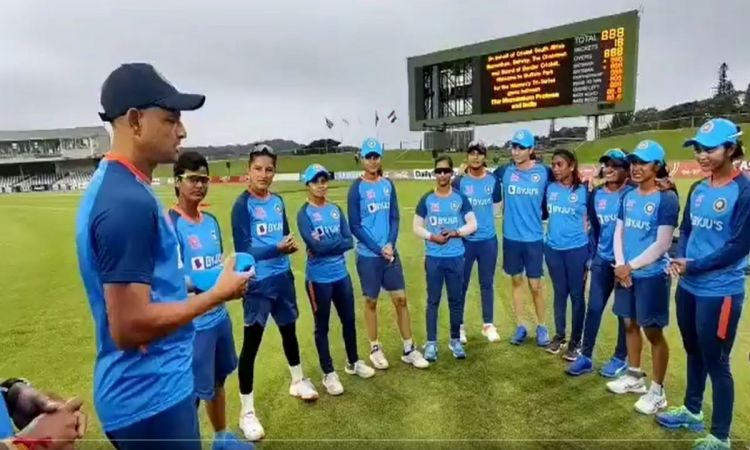 The recent success, as regards the selling of the Rights of Women’s IPL cricket tournament, truly reflects the progress that has been made by both the BCCI and cricket as a sport, in India. The game of cricket is the true benefactor, as it smells as sweet when played by either men or women.

The reason why India’s marketing gurus find the property enticing is that Indian Women’s cricketers bring in a feel of amateurism in the way that they play the game. They instil a breath of fresh air, a different look to the sport. It enables one watching it to enjoy cricket at a pace that is easier to follow.

Men’s cricket, on the other hand, has become a contest, wherein, it has become professional with a serious outlook. The game of cricket and cricketers are thoroughly scrutinized. Whereas, in women’s cricket one accepts errors and blunders and enjoys the naivety that it brings about. There is joy in watching women play the game in the way one enjoyed men playing it many years ago.

Love for cricket was the only factor that kept men’s cricketers engrossed in the sport in the past. Although the reason to play is no different now, the game has taken a turn into becoming a serious one to pursue. The fun element and laughter that once prevailed in playing the game of cricket by boys and men at all levels of the sport, seems to have lost its charm. Cricket now seems to be a business in which winning has become the most important factor.

Women’s cricket, on the other hand, has still the aura of being in the embryo stage. Although it has gone through many years of difficulty and hardships in the past, the IPL in April this year should catapult it into a huge leap for the better in the future.

I can still recall my conversation a decade ago, when I met the present Indian captain, Harmanpreet Kaur, at the MCA indoor nets. She was a girl from Haryana who had left the comfort of her home. She was nestled into accommodation in Mumbai, struggling to make two ends meet. She desired to continue playing cricket for India and to bring laurels to the country. The lack of facilities is what brought her to Mumbai, the Mecca of Indian cricket, along with several others from around the country. Harmanpreet along with the likes of Mithali Raj, Jhulan Goswami and Smriti Mandhana are household names now. Their success should catapult women’s cricket in India to another level.

The platform is set for women’s cricket to flourish; however, the challenge would be for the BCCI to structure facilities for them to excel. Girls aspiring to play the sport should be taken care of in every manner possible by providing them with the security and needs that are necessary in all respects.

At the other end of the spectrum is India’s domestic cricket. With the season in full flow, one is astounded by the runs scored by batters in the Ranji Trophy tournament. There have been one triple and 18 scores of double centuries, over 40 scores of 150 plus runs and close to a century of centuries. These are phenomenal numbers and truly reflect the focus, fitness and mindset of the new breed of Indian batters.

One name that shines out like the North star, having had 3 years full of buckets of runs, is Sarfaraz Khan from Mumbai. He unfortunately has had, as one lightly conjectures, a piece of bad luck. This has been the case for many consistent performers playing in the domestic circuit. Jaydev Unadkat, the fiery left-arm fast bowler from Saurashtra, was another case in time. Fortunately, after 10 years of being in oblivion, he managed to get selected and has performed well enough to retain his place in the immediate future.

The irony of the domestic Indian cricket circuit is that established and BCCI-contracted players rarely play in any of the tournaments. The annual Indian International cricket calendar makes it difficult for them to do so. This makes the contracted players exclusi’ve and comfortably secured. The problem that surfaces is that the domestic performers do not get a window in which to stake their claim for an India cap.

Furthermore, without the top 35 Indian cricketers in the fray, there always is an element of doubt about the quality of domestic performances. The Indian A team tour was a good initiative as an incentive for an aspiring player. However, most other countries do not have the quality or quantity of players in their fold. In India in the earlier times, the Duleep and Irani Trophy matches were the selection trials for an Indian side playing in India or touring abroad. Both these tournaments have lost their lustre and therefore the domestic performers are now hoping to get recognized via the IPL route.

The irony of the domestic Indian cricket circuit is that established and BCCI-contracted players rarely play in any of the tournaments. The annual Indian International cricket calendar makes it difficult for them to do so. This makes the contracted players exclusi’ve and comfortably secured. The problem that surfaces is that the domestic performers do not get a window in which to stake their claim for an India cap.