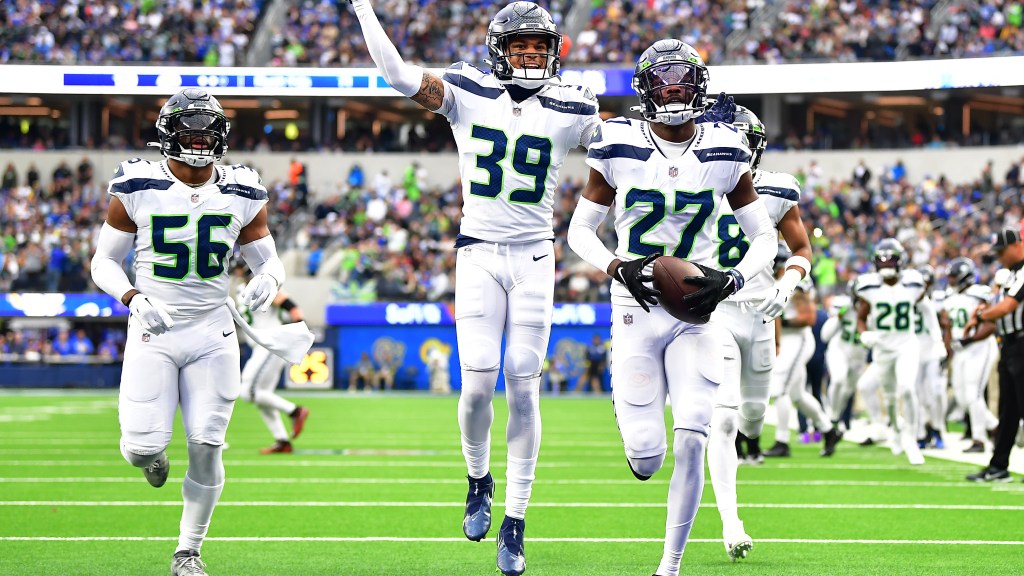 The Seahawks threw a curveball in last year’s NFL draft, eschewing their usual strategy of reaching for guards and off-ball linebackers and instead taking rare athletes at premium positions with almost every pick. Most draft classes take a few years to really start delivering their value, but this one was a hit right from the start – and the early returns indicate it may be the best draft class of all time.

To recap, Seattle got two long-term starters at left and right tackle, an elite cornerback, a promising slot defender, an edge with a lot of potential and the most explosive running back in the sport. In the end, they played more snaps than any other rookie class in the league.

To nobody’s surprise, ESPN has named Seattle’s 2022 class the most productive in the NFL:

“The Seahawks came out of the 2022 draft with four starters and some useful depth on top of that. Their best rookie was fifth-round pick Tariq Woolen, who tied for the NFL lead with six interceptions. He finished with 16 passes defended and allowed a completion rate of just 47% in coverage. Left tackle Charles Cross and right tackle Abraham Lucas started 17 and 16 games, respectively. Cross was eighth at his position in SIS Total Points, while Lucas ranked 13th at his position…”

The Seahawks went a decade between quality draft classes – with their last good one prior to this coming in 2012. So, it’s anybody’s guess how things will go this year. However, they do have the resources to put together another very strong class. Seattle has five of the top 84 overall picks and ranks second in total draft capital.

If they can put together another quality draft class, address a few of their most pressing needs and retain Geno Smith the Seahawks should be a legitimate contender in 2023.