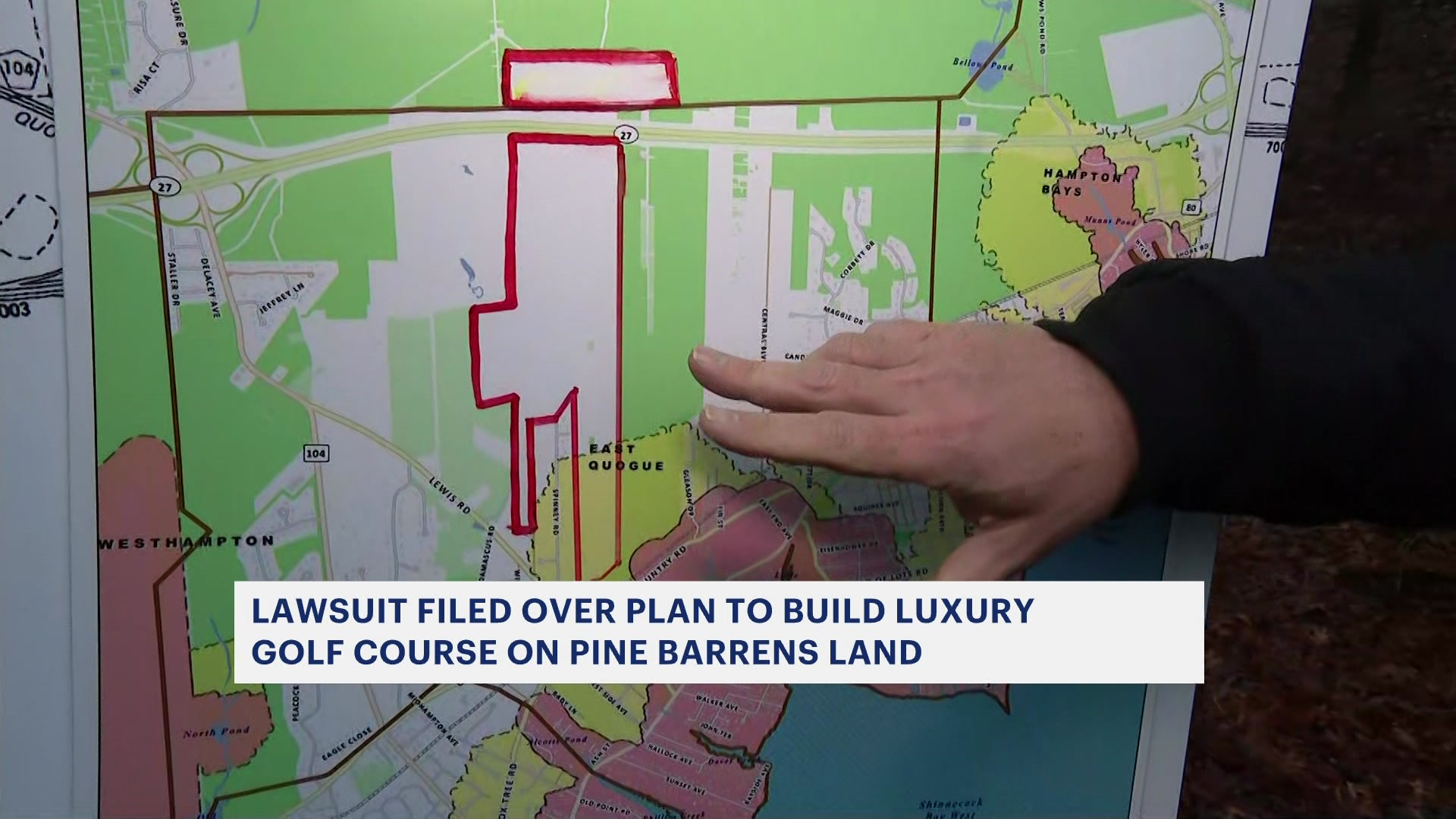 Southampton’s planning board has been slapped
with a lawsuit over plans to build a luxury golf resort in the Pine Barrens.

The suit is filed with the Suffolk County Supreme
Court against the Town of Southampton Planning Board and the Arizona-based
development company Discovery Land Company.

The lawsuit is in response to
a recent Southampton Town Planning Board decision that would allow the
construction of an expansive multi-use, 130-unit luxury golf resort development
on the largest parcel of unprotected pine barrens land left in Southampton
Town.

The fate of the 600-acre parcel at the headwaters of
Weesuck Creek, in already-impaired waters of Western Shinnecock Bay, has
been the subject of conflict and controversy for nearly a decade.

In 2015, the Discovery Land Company first sought
to build the resort complex through a zone change that would have legally
allowed the mixed-use resort development to be constructed on the parcel, which
is currently located in Southampton Town’s most highly restricted residential zoning.

After losing its original bid to overturn town
zoning and develop the resort complex, known as The Hills at Southampton, in
late 2017, the developers regrouped and attempted to gain approval for a nearly
identical project, now known as The Lewis Road Planned Residential Development
(PRD), submitted in 2018.

The resort complex project was applied for under
the town’s existing
zoning after developers declared the project’s proposed 18-hole golf course, spa, restaurant,
health club, pools, courts, 10,000-square-foot retail store, and numerous other
commercial amenities, as customary accessories to a permitted residential
subdivision of the property.

Hundreds of community members attended numerous
hearings on the project over the last several years to challenge the prior and
latest proposals.

“It’s a sad irony
that New York State law specifically provides the opportunity to challenge
questionable government decisions in a timely fashion, but if the public can
never secure the standing it needs to be heard in court, the law is hardly
worth the paper it’s written on,” says Group for the East End president, Bob
DeLuca.