Love It Or Hate It: Renovations to Quivira Golf Club Will Spark Debate 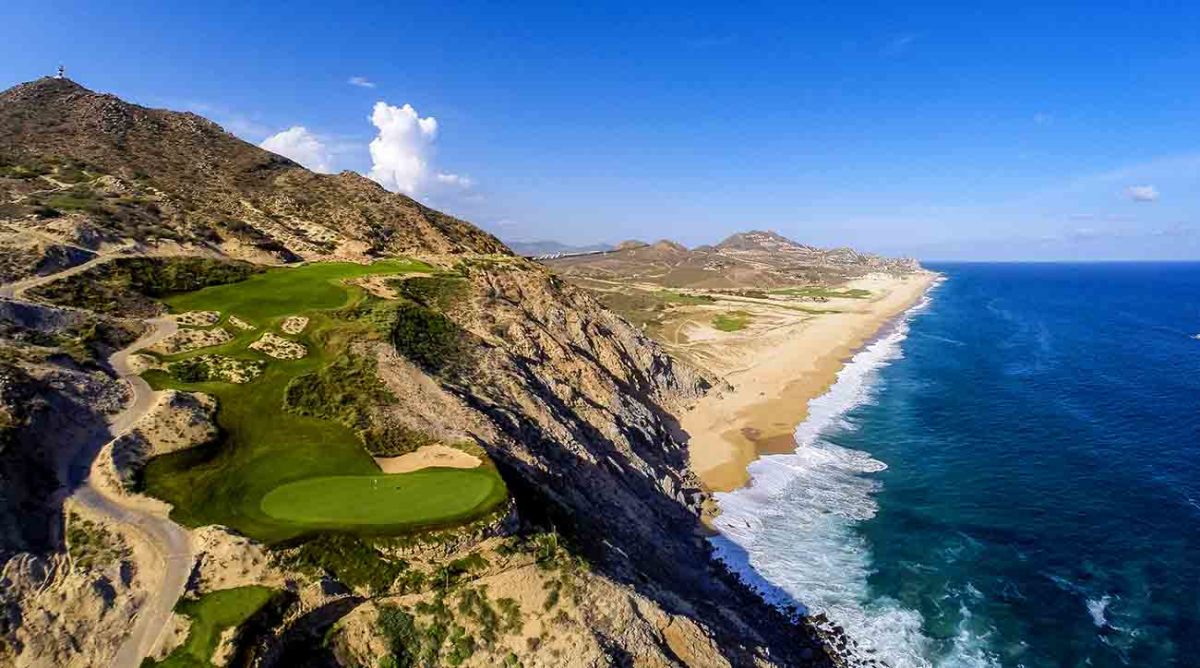 Half a decade ago, Scottie Scheffler was a senior at the University of Texas earning a finance degree. Now, he’s the No. 2-ranked player in the world and the defending Masters champion. Needless to say, in golf, a lot can happen in five years.

As it turns out, plenty can change at one of the world’s premier resort courses, too.

Five years ago, Quivira Golf Club, one of Golf Digest’s Top 100 courses in the world, was undergoing a minor renovation to one of its cliffside holes. Since then, a number of additional modifications have been made to the bucket-list course in Cabo San Lucas, Mexico—some positive, some unavoidable and some that will spark debate among course architecture enthusiasts, as well as those who are fortunate enough to play the course.

If you visited Quivira in late 2017, you likely had to play the 5th hole—now the 6th hole (more on this later)—from a temporary tee box two-thirds of the way up the fairway. Earlier that year, the Nicklaus Design team had returned to the southernmost tip of the Baja Peninsula to not only lower the dramatic hole’s fairway but remove a bunker that ran down much of its left side. In doing so, the team widened the plateau-like landing area.

When the work was completed, the Golden Bear opined that the restoration allowed the hole to shine as he originally envisioned it. “From the first time I saw this extraordinary site, I knew this would be an amazing location for a short par 4,” Nicklaus said. “The restoration maintains the character of the hole as one of most visually stunning par fours in the world.”

Having recently played the hole as it was intended—and not from temporary tees in the fairway as I did back in late 2017—I concur with Nicklaus that the location makes for a visually stunning golf hole. But “visually stunning” and “reasonably fair” are two distinctive traits; and on the latter topic, the new 6th hole at Quivira misses the mark.

Even with a widened landing area, the plateau-like fairway is far from level, meaning players who are lucky enough to find the short grass will almost surely be presented with some sort of sidehill lie that requires an off-kilter stance. Ordinarily, this wouldn’t be a detraction; but because the second shot requires precision—both in distance control and lateral accuracy—the addition of uneven lies is simply asking too much of the average player. The green complex on this hole is also set out on a promontory that drops precipitously on three sides to the Pacific Ocean some 200 feet below, and from the flattest points of the fairway (which are still far from level), players can’t see the green.

“This is an unfair hole, and it has always been,” says Quivira’s director of golf Antonio Reynante, who explains that the hole did improve thanks to the renovation back in 2017. “The fairway [before] was extremely narrow and extremely tilted, to the point that it was kind of unplayable.

“We have a great golf course,” he continues, “but that hole, in particular, is definitely a love-it or hate-it scenario.”

The creation of a new, residents-only beach club not far from the Quivira clubhouse recently required a slight rerouting of the golf course. Previously, golfers would follow a cart path that cut across the beach and connected the club’s practice areas to the 1st hole—a moderate-length par 4 that doglegs slightly to the right and plays along the base of a scrub-covered hillside on the left. However, that cart path needed to be removed once plans for the beach club were finalized; otherwise, residents and members relaxing at the beach club would find their views of the Pacific consistently interrupted by passing golf carts.

As a solution, the former 18th hole, which plays back toward the ocean and the clubhouse, was tagged as the new starting hole, with the former first hole following as the second. In Reynante’s opinion, this change works well—even by sheer coincidence—because the new opening hole is, in his words: “an anti-slice hole.” The prevailing wind blows from the right, naturally counteracting the prominent left-to-right ball flight of most average right-handed golfers. The fairway also slopes from right to left, which means tee shots that curve to the right will be held up once they land.

For that reason, the new first hole is a welcoming introduction for most golfers. It also starts a round with some visual fireworks, as golfers hit their approach shots to an infinity green framed by the Pacific Ocean in the background.

The 2nd hole has also changed slightly, as the fairway is now bisected by an arroyo that was created to assist with drainage during the rainy season. It’s a change that makes the hole more dynamic, as players must take into account carry distances off the tee. It’s also a change that can positively impact players’ scores for that same reason. In the past, longer hitters would stand on that opening tee box and wail away with driver; yet, the fairway narrows as it approaches the green, so big drives that veered off line brought equally big numbers into play. Now, those players are forced to hit fairway woods or long irons off the tee, which keeps their tee shots in the widest portion of the fairway and, by extension, keeps them in the hole.

A Bit of Luck and Better Balance

According to Reynante, the course rerouting also made positive strides in creating a layout where the front nine and back nine now feel “more connected.” Prior to the change, Quivira’s front nine opened with one par 5 and three par 4s, resulting in a total par of 34. Conversely, the back nine tallied a closing par of 38. Reynante found both numbers troublesome.

As he explains, players who finished the front in 38 or 39 would be misled into thinking they were playing better than they actually were, given that most golfers are hardwired to think of outward and inward nines as having a par of 36. Similarly, players’ scores for the closing nine would always look worse than they actually were given that they were based off a par of 38. With the two nines’ new pars of 35 and 37, golfers are now provided a better indication of how they’re playing as they make the turn, and their inward scores are less likely to leave them feeling deflated at the culmination of the round.

With the rerouting, the aforementioned flawed short par 4—previously the 5th hole—now becomes the 6th, and while it swings and misses in regards to its playability—which is a shame given the anticipation that builds as players make an almost three-quarters of a mile cart ride from the base of the dunes up to the cliffside tee boxes—the hole does serve an important purpose. As Reynante explains, the 6th is effectively connective tissue, which originally allowed Nicklaus and his design team to create the 180-yard, par-3 7th, which many players and members highlight as the 7,019-yard layout’s signature hole.

The numerical shift is appropriate. After all, seven has long been deemed a lucky number; and most players are going to feel as though they need a bit of luck when standing on that tee box. The green complex is long front to back but narrow, bisected by a steep ridge that makes back hole locations incredibly difficult to reach. With the prevailing headwind and the cliff falling precipitously only a few yards from the edge of the putting surface on the left, only well-struck shots will be rewarded. It’s a hole that lives up to its reputation as one of the most stunning and exhilarating par 3s in golf.

By turning the former 18th hole into the first, work also was needed to bolster a new 18th hole, especially since the development of a residential neighborhood within the community forced the Nicklaus Design team to reimagine the course’s existing 17th hole.

The new par 4 born from that work debuted in June of last year and plays only 389 yards, doglegging to the right around a vast waste bunker. The closing hole emphasizes (and rewards) bold shot choices off the tee. With plenty of fairway to the left of the waste bunker, players can take a conservative route and stay well clear of the sand, but doing so lengthens their approach to a very wide but very shallow triple-tiered green that is guarded by sand in front. In other words, playing safe off the tee leaves a more difficult shot in, since players will have a longer club in their hands and will need to fly their ball to a landing area that is no more than 30 feet deep.

“Flirting with the waste area on the right,” says Jim Lipe, a longtime Nicklaus design consultant, “will give players the best angle to the green.”

The concluding hole is certain to excite players who harbor an appreciation for strategic course architecture, but the new 18th is a bit underwhelming visually, especially given the dramatic downhill par four that precedes it. In that way, the original 18th hole, with its beachside infinity green, served as a better finale. Even so, this is a negligible slight. After all, at the conclusion of your round—and for years following—it’s the cliff-side holes at Quivira that are indelibly etched into your mind … for better or for worse.