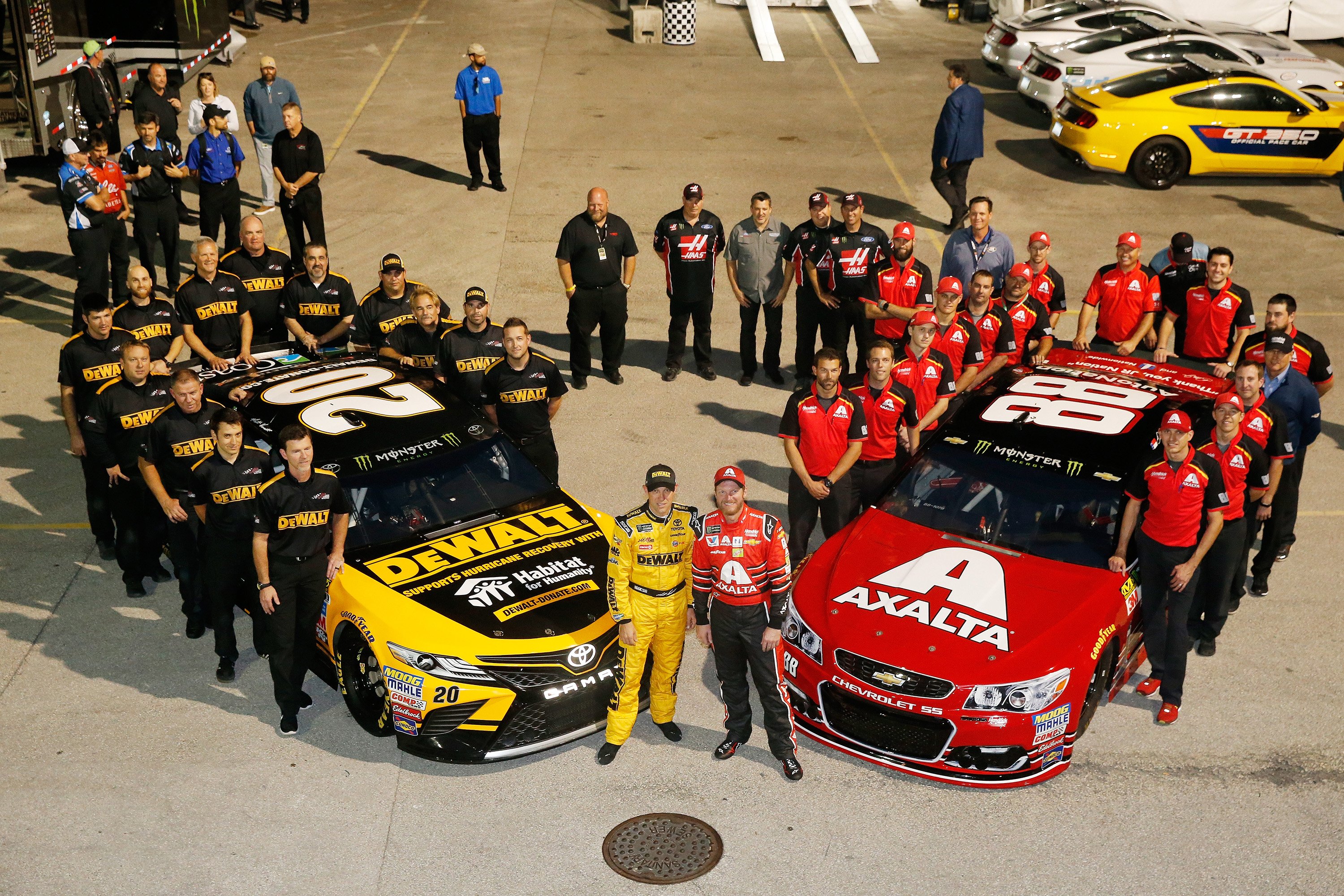 View the tv schedule and inductees below.

Tonight, NASCAR will honor the greats of the sport. Four influential people are set to be inducted into the NASCAR Hall of Fame in Charlotte, North Carolina.

The show takes place in the Crown Ballroom at the Charlotte Convention Center. Rick Allen and Kim Coon will co-host the show.

Matt Kenseth: The driver from Wisconsin spent 22 years in the NASCAR Cup Series. He collected 39 wins and the championship in 2003. He retired following the 2020 season.

Hershel McGriff: The driver won his first race in 1950. His last race came at Tucson Speedway in the NASCAR Pro Series West at the age of 90. The driver ran 85 NASCAR Cup Series races over 28 seasons, collecting four wins along the way. Yet, he sits third all-time on the ARCA West division with 37 wins.

Mike Helton: It’s one of the most recognized names in the sport of NASCAR but spent little time behind the wheel. He joined NASCAR leadership in 1980 and in 2000 he was named NASCAR President. He pushed the safety aspect of the sport in the early 2000’s and brought in the NASCAR Research & Development Center. He remains on NASCAR’s Board of Directors.