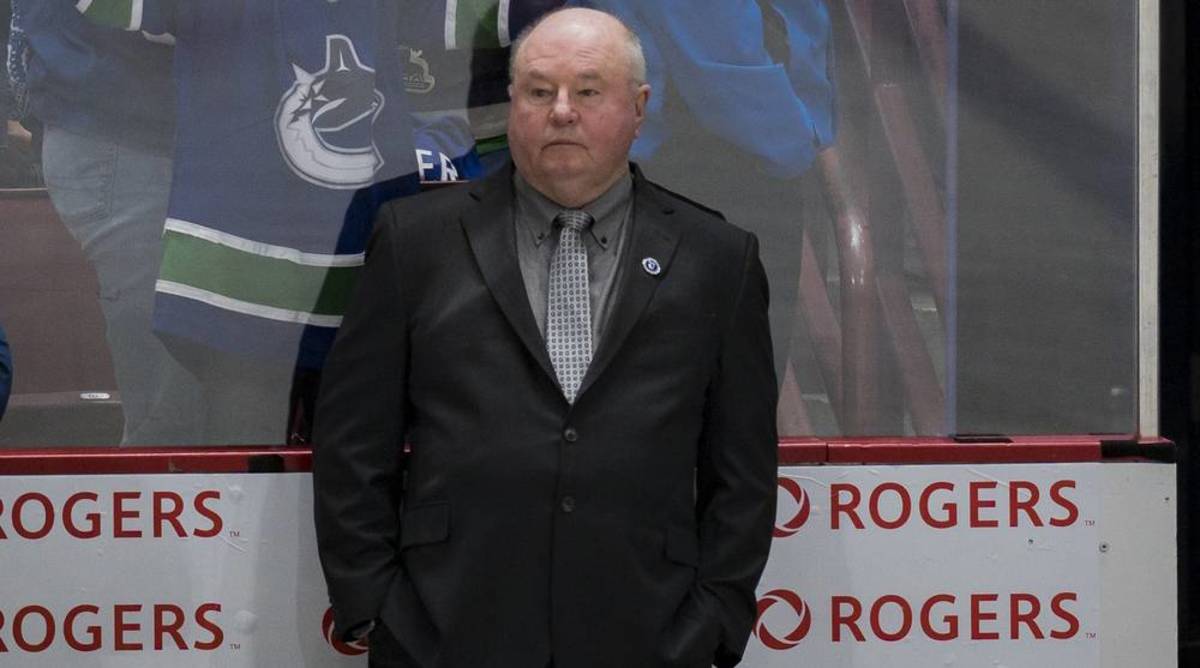 Over the past few weeks, Canucks head coach Bruce Boudreau has been stuck in limbo as the team mulls his future. According to multiple reports, Vancouver wants to fire Boudreau in favor of TNT analyst Rick Tocchet, but Tocchet couldn’t immediately get out of his contract with the network, according to Vancouver-based sports journalist Rick Dhaliwal.

As a result, the Canucks have kept Boudreau as head coach while rumors swirl that he will be fired. On Saturday night, Boudreau may have coached his final game with the team, but Vancouver fans made sure he got a proper send off with multiple “Bruce, there it is” chants.

Boudreau finally acknowledged the situation, as the 68-year-old veteran head coach might not get another chance to lead a team in the NHL. After Saturday’s game, he told reporters how much he appreciated the fans’ support.

“You never know if it’s the end,” Boudreau said. “When you’ve been in it for almost 50 years, majority of you’re life, and if it’s the end? So I had to stay out there and look at the crowd and say ‘OK, remember this moment.’”

Boudreau thanked his players for working hard for him and assistants whom he believes the team should keep.

“I couldn’t ask for anything more from those guys. They are all great coaches,” he said. “They’d be stupid not to take any of those guys …It’s unfortunate, they don’t deserve this.”

While Boudreau openly admitted he doesn’t know why the team kept him as head coach through such uncertainty, Boudreau defended his accomplishments, which included a winning record in just over one year for the Canucks.

“I don’t think there is anybody who loves the game more than me, and will miss the game when I’m out of it, and I hope I never get out of it,” he said. “It’s been tough the last couple weeks. … I hope this isn’t my last hurrah.”